Jon, you have been my best friend, performance partner and fellow road dog since we met at the University of Massachusetts in the fall of 2000. We've logged enough miles on the road together to drive around the circumference of the earth...twice.

Today is your birthday, and it's not just any birthday, it's your Throwback Thirty-Third birthday. As part of a collaborative effort to spotlight the many highlights of your life, this blog post has been created to relive our many adventures on the road. Buckle up, Jon. We're going on a road trip down memory lane.


A spring break road trip in 2001 brought us to many amusing destinations, including South of the Border in South Carolina and City of Palms Park in Fort Myers, Florida for Red Sox spring training. A subsequent trip in 2007 brought us to Fort Myers and Naples for a string of Dirty Water shows and several spring training games. You went toe-to-toe with the venue owner when he tried to bail out on our agreement...and won. Is this mic on? 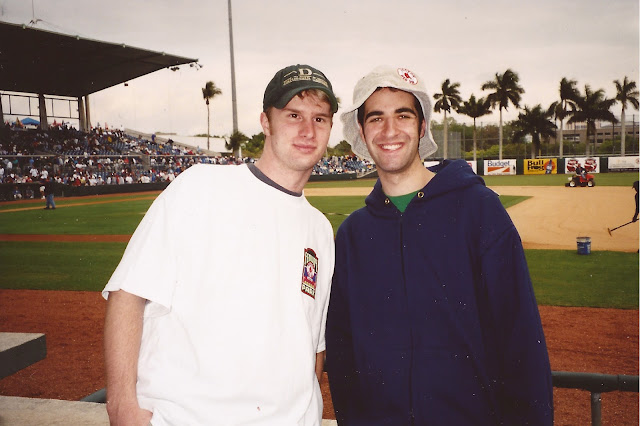 
On the way to Maine, we had some alleged car troubles, which lead to being imprisoned by a family friend. The Old 97's (a.k.a. Bucket of Dump) got us to Maine the next morning.


A performance at the Toronto Improv Festival brought us on an international trip for the first time. The border patrol made sure they had their say in whether we were allowed into Canada. We performed. We explored. We partied. A detour to the Big Boy in Port Huron on the way back made the return trip that much more enjoyable. 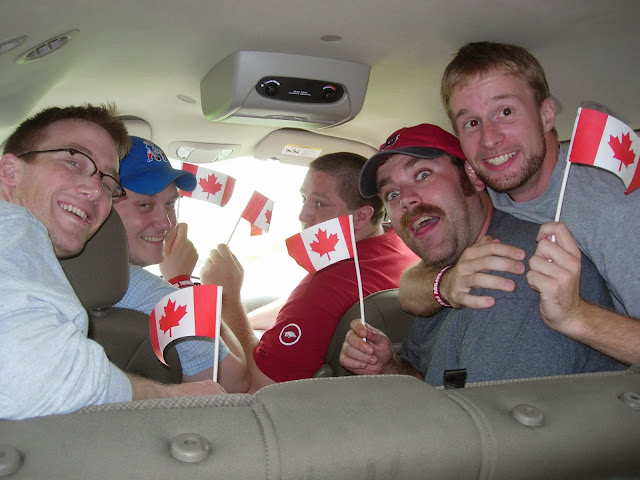 
Multiple trips to the Emerald City for the Seattle Festival of Improv Theater produced some great memories, including an album cover photo shoot in Gas Works Park, a visit to the Twin Peaks diner for amazing hot dogs, antics at Pike's Place Market, lots of shuffleboard, and a thorough comedy assault as we annihilated the Seattle audiences with laughter. We didn't break anyone's belongings, I swear! 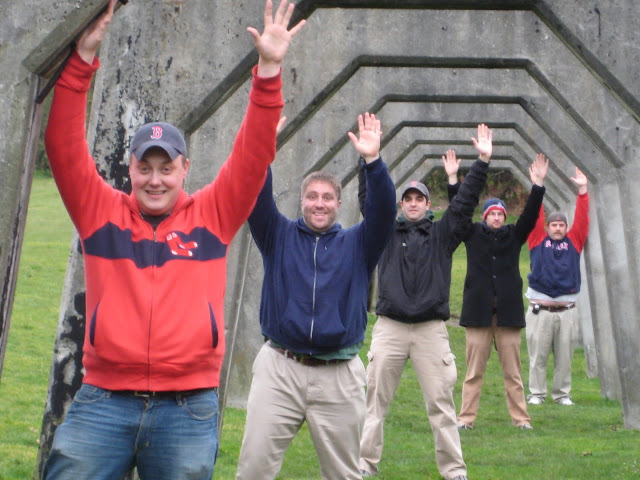 
Dirty Water made its mark on Milwaukee via multiple appearances in the Milwaukee Comedy Festival. We crashed on the organizer's couch, and unwisely dissed Steely Dan at a Milwaukee dive bar. 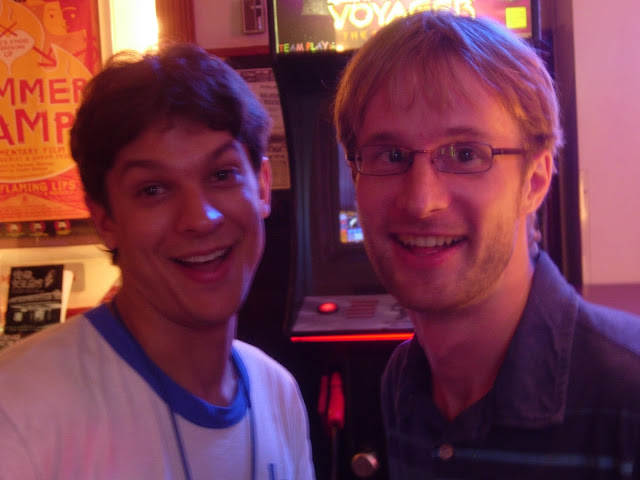 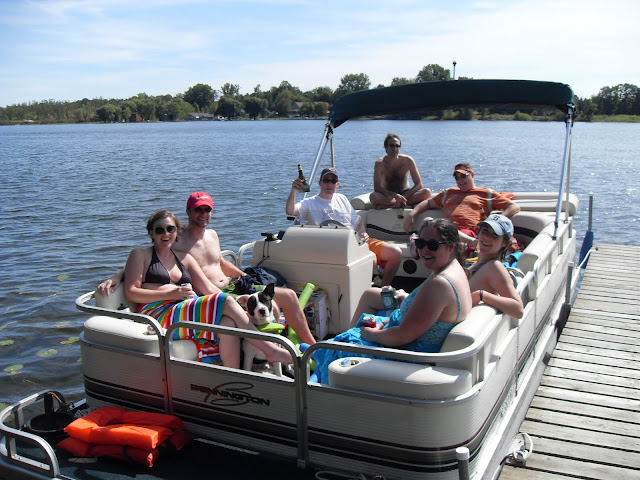 
We made the loooong drive to Austin for the Out of Bounds Comedy Festival in 2009. During the trip, we encountered overly friendly locals at a smoky diner, made a bad ass tubing excursion, ate amazing BBQ and Mexican food, bombed on stage, and survived Debauchery Road. 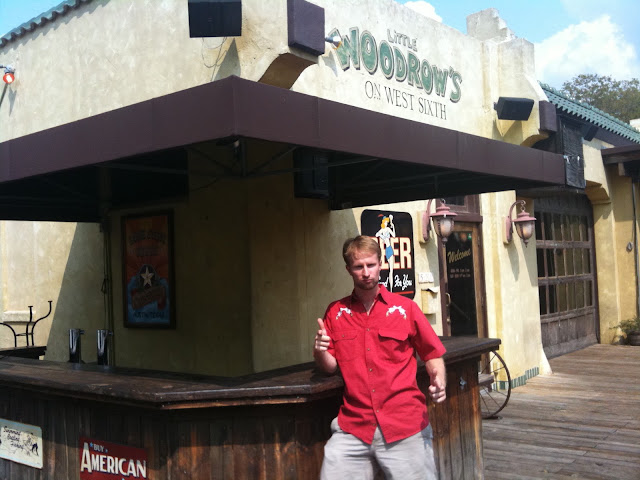 
What do young baseball-loving buddies do with the time in between half days at work? Drive to Missouri to meet up with Andy Lucas and company, catch a rematch of the 2004 World Series, celebrate Pirate Night, and have an unfortunate White Castle experience, that's what. 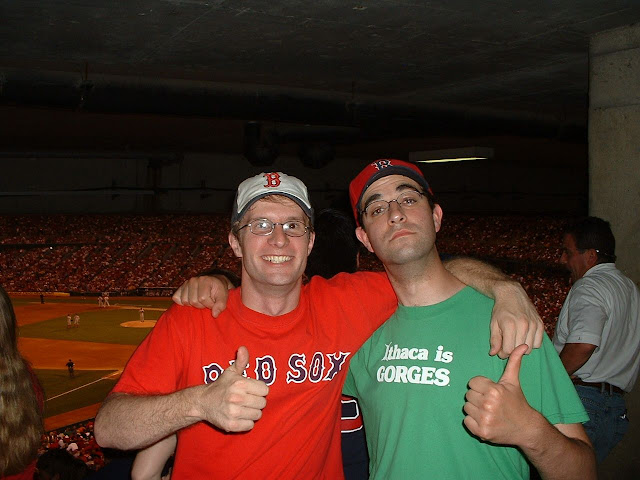 
During your time in San Francisco, Mrs. Tires and I met up with you and your then wife-to-be Katie. We checked out one of baseball's best ballparks (cold ankles!), chilled in Dolores Park, and went on an impromptu California road trip through legit redwoods to do some oyster schucking and beer tasting. 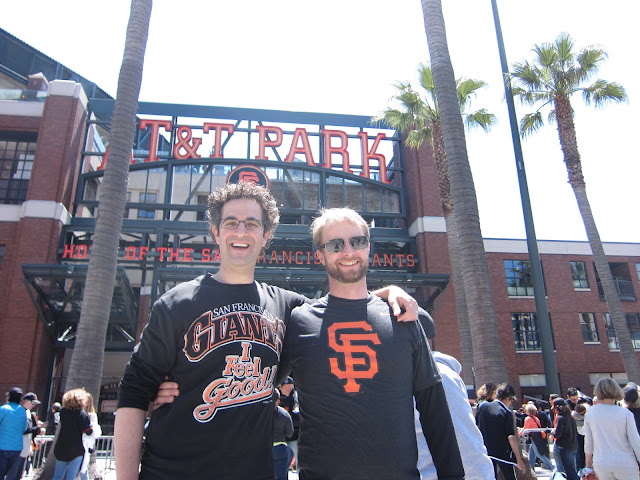 
Since our friendship was born in Massachusetts, it's no surprise that we made several trips to Boston over the years. We saw amazing Red Sox vs Yankees games thanks to Dirty Water and Bill McKinney, got interviewed by TV 38, and spent a wonderful Fourth of July on the banks of the River Charles. One time, a search for a missing set piece sent you to Logan Airport. The missing piece was two blocks away. Our drive from Chicago to Boston for the beginning of your Harvard years was bittersweet, but at least we got on Worcester sports radio. 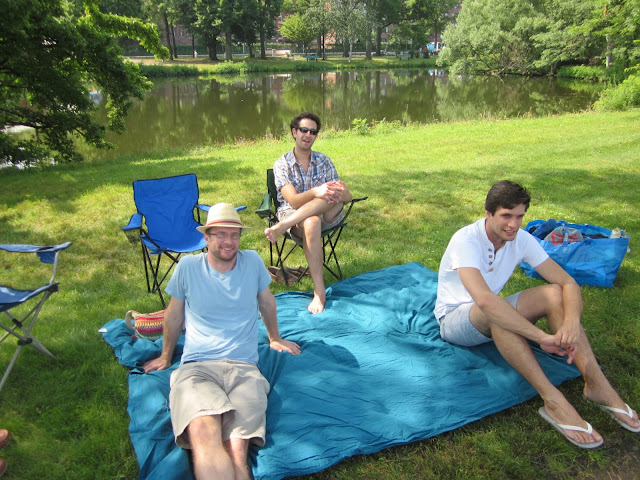 
Our visit to Philadelphia was packed with history, laughter, cheesesteak, and farts. Not sure why I was surprised when I snuck up to the after party way before it actually started and found you and the rest of Dirty Water already there. 
In the brief period of time between the end of our years at UMass and the beginning of our time in Chicago, you came up to New Hampshire for what we thought would be a long-term good bye. We woke up extra early to catch the New England sunrise, something neither of us had ever done despite living on the east coast our entire lives. When the waitress at the diner we stopped by afterwards asked what we were doing up so early, I told her we we were catching the sunrise together...but we're NOT gay! 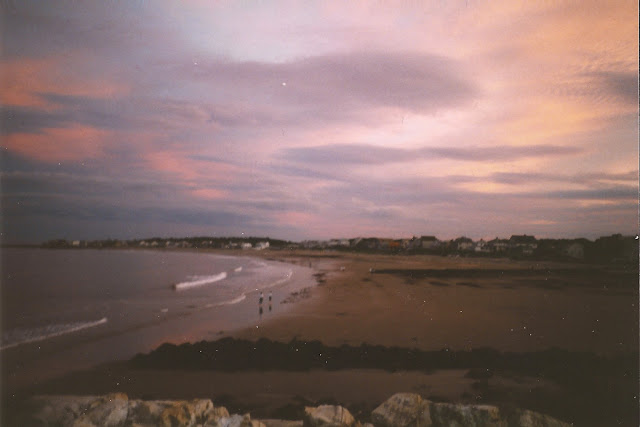 A friend at William and Mary and another working as a performer at Busch Gardens were more than enough reason to make the trek to Virginia. Or was it Graceland? The coasters were fast, the shows were hilarious, and Busch Gardens' halloween facelift provided a ton of entertainment. To the Theme Park! Kind of crazy to think that your future wife was on the William and Mary campus when we visited. 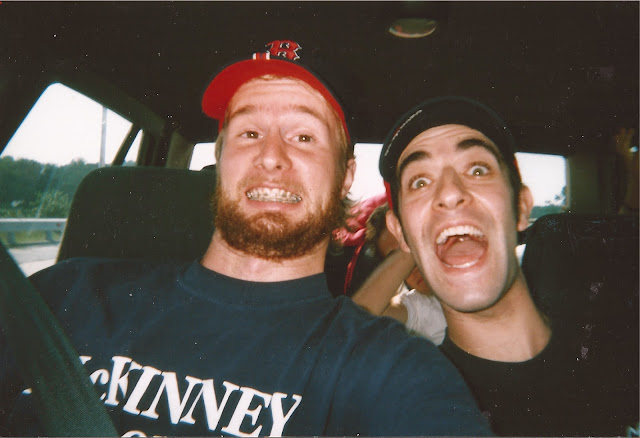 
A prolific bachelor deserves an epic bachelor party. New Orleans proved to be the perfect setting. We did some world-class partying, caught some music, and passed around an alligator. Plus, you got some stage time.


We've hit the Twin Cities three times. Twice we went for the Twin Cities Improv Festival, where we pulled off a beer caper, mouthed off at a toll booth operator, and caught a St. Paul Saints game. Train! Our more recent trip with our amazing wives brought us to a new baseball stadium, showed us some really cool sculptures (and even cooler mini-golf) and brought us to a majestic waterfall. It was a great reminder that, Jeez Louise, even though we're full-blown adults now, there's no need to stop exploring. 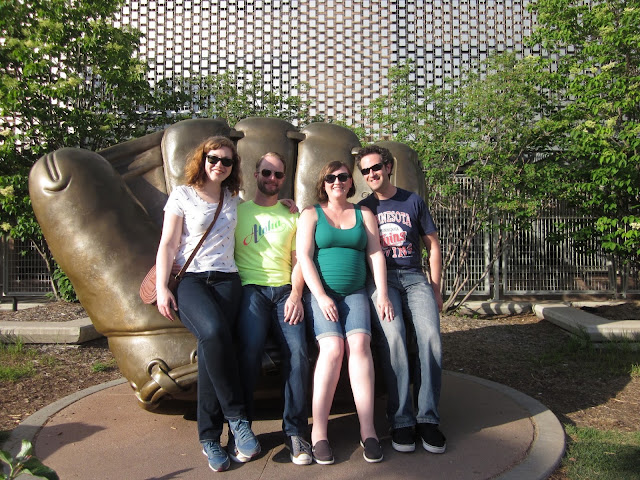 To all the road trips in the rearview mirror, and all the miles ahead...Happy Birthday, Jon!

For more tributes, check out #JRDturns33
Posted by Unknown at 8:02 PM