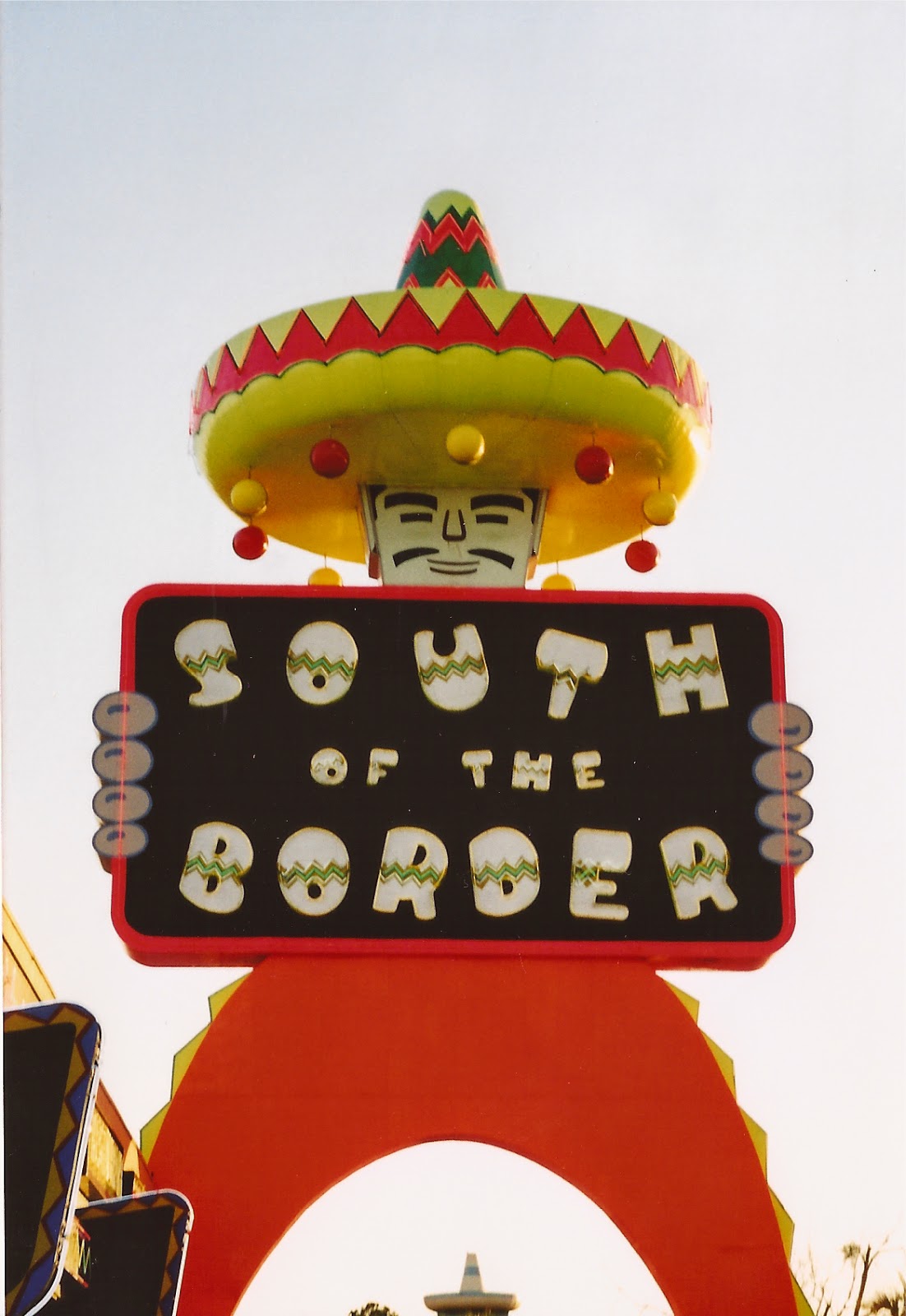 At the ripe young age of seventy, my Grandmother moved from Massachusetts, where she lived her entire life, to Greenville, North Carolina. I always thought of this as a rather courageous act, moving to a whole new part of the country after living in the same state for so long. My family flew out to visit her for Thanksgiving in 2003. On the flight, I spoke with a friendly couple who happened to be headed to Greenville, and they offered me a ride there from the airport. I gladly accepted. As we got off the plane, I told them the story of Grandma moving to North Carolina. It's a good thing I did. Turns out they were headed to Greenville, SOUTH Carolina, not Greenville, NORTH Carolina. I declined the ride.


I mention this because the line between North Carolina and South Carolina is continually blurred in my mind. Every time I visit, I come closer to thinking they’re actually the same state.


My first visit to these two states was in the spring of 2001, when my friends Jon, Beth, Sean and I hit the road to Florida for spring break. Along the way, we stopped at South of the Border, one of the country's most famous roadside attractions. It’s a bizarre and hilarious place. The name is a reference to the border between North Carolina and South Carolina, as it sits on the line between the two states. You can't miss it. A multitude of amusing billboards attempt to lure you in while you’re driving down the hundred mile stretch of I-95 leading up to the attraction.


When we arrived, we were greeted by Pedro, the huge and somewhat racist mascot pictured at the beginning of this post. We explored the grounds for a bit and found a few restaurants, some rides, a reptile zoo and about six hundred gift shops. These shops sold some of the most bizarre souvenirs I have ever seen. I made a great purchase, an Elvis ashtray for two dollars. I'm still kicking myself for not buying the hilarious plastic figurine of a gold prospector with a huge, exposed boner.

There were also many large, climbable statues, which we found to be quite amusing. 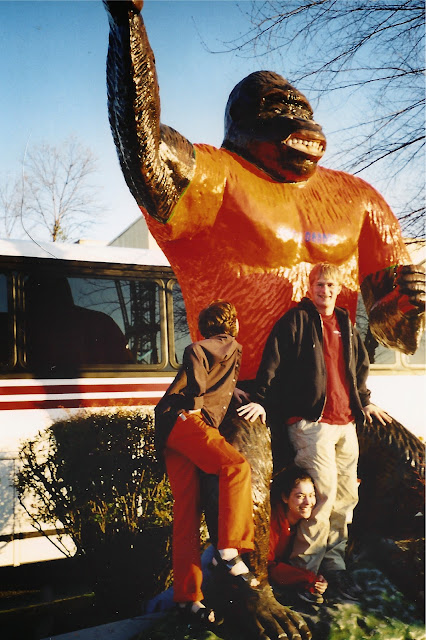 South of the Border is delightfully and unabashedly cheesy, and it's a lot of fun. I definitely recommend a visit if you're passing through. If you’re not convinced, perhaps these gems from the postcard collection will entice you:

I made another visit to the Carolinas in 2009 when my family flew out to celebrate Grandma's seventy-fifth birthday. Again the line between the two states was blurred in my mind. I was told we had rented a beach house on Myrtle Beach, which is in South Carolina. Turns out the house was a ways away from this famous beach, and our "Myrtle Beach vacation" was actually happening in North Carolina.

The beach house was actually quite nice, and it afforded us many visits to the pleasant shoreline nearby. The ocean water was pretty warm, so lots of swimming and boogie boarding happened in between long sessions of lounging in the sun. 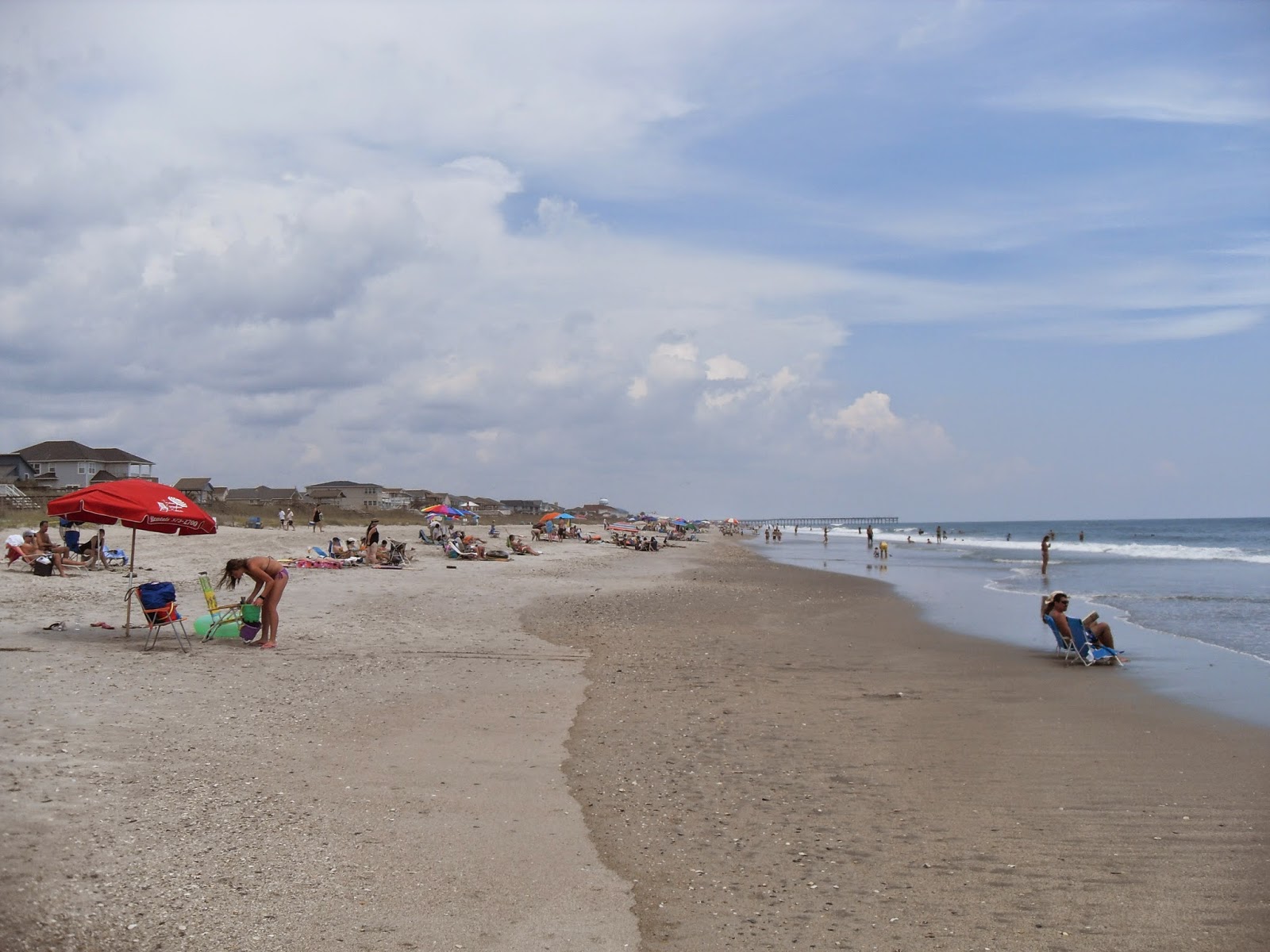 We also made a trek into the town of Myrtle Beach, which is filled with many entertainment options, novelty excursions, and, of course, gift shops. The elder members of the family opted to check out a Cirque du Soleil knock-off that night, while Mrs. Tires, my brother and I opted for some mini-golf and a stop at the Hard Rock Cafe. 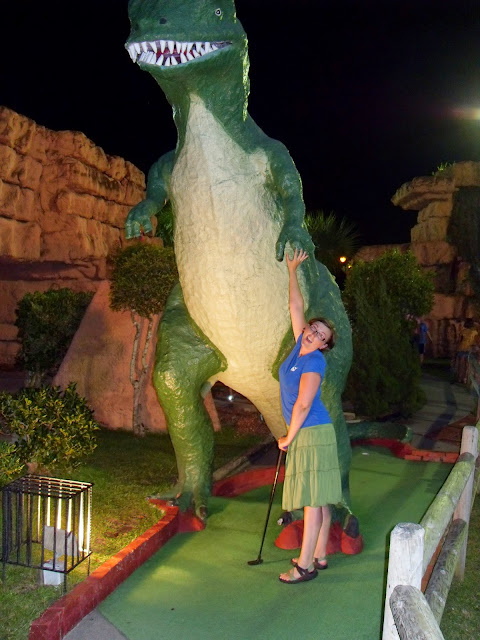 That night, we purchased some cigars at one of the many tobacco shops in the area and smoked them on the roof of our beach house with my uncles, which was a really fun family bonding experience.


Our final adventure before heading back home involved a family kayaking trip. We had a blast paddling around the many interlocking docks and eventually made it out to the open ocean, where we encountered some dolphins. Dolphins in the Carolinas...who knew? Unfortunately my photos of them came out too blurry to see the fins that were sticking out of the water, so you'll have to take my word for it. 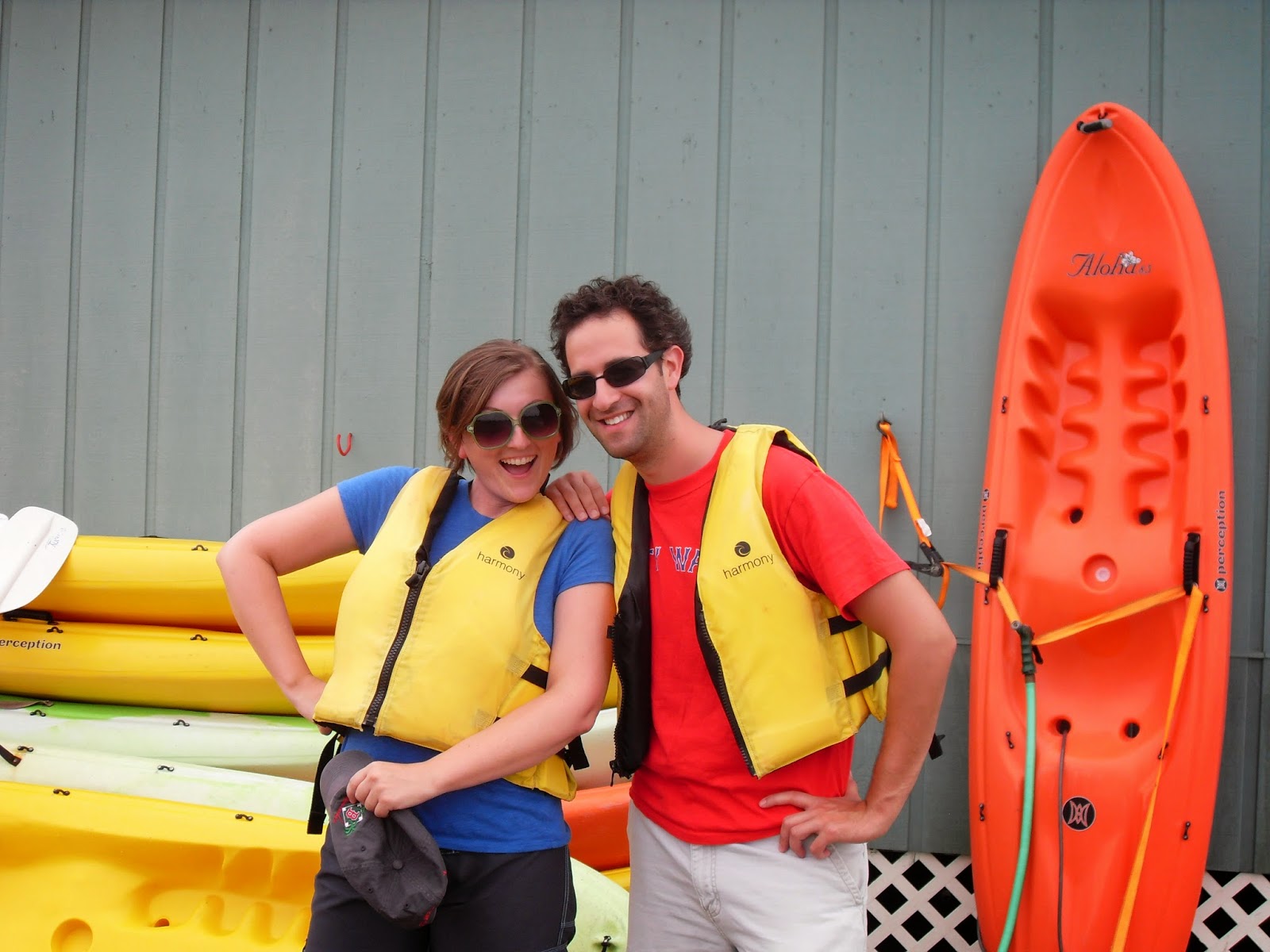 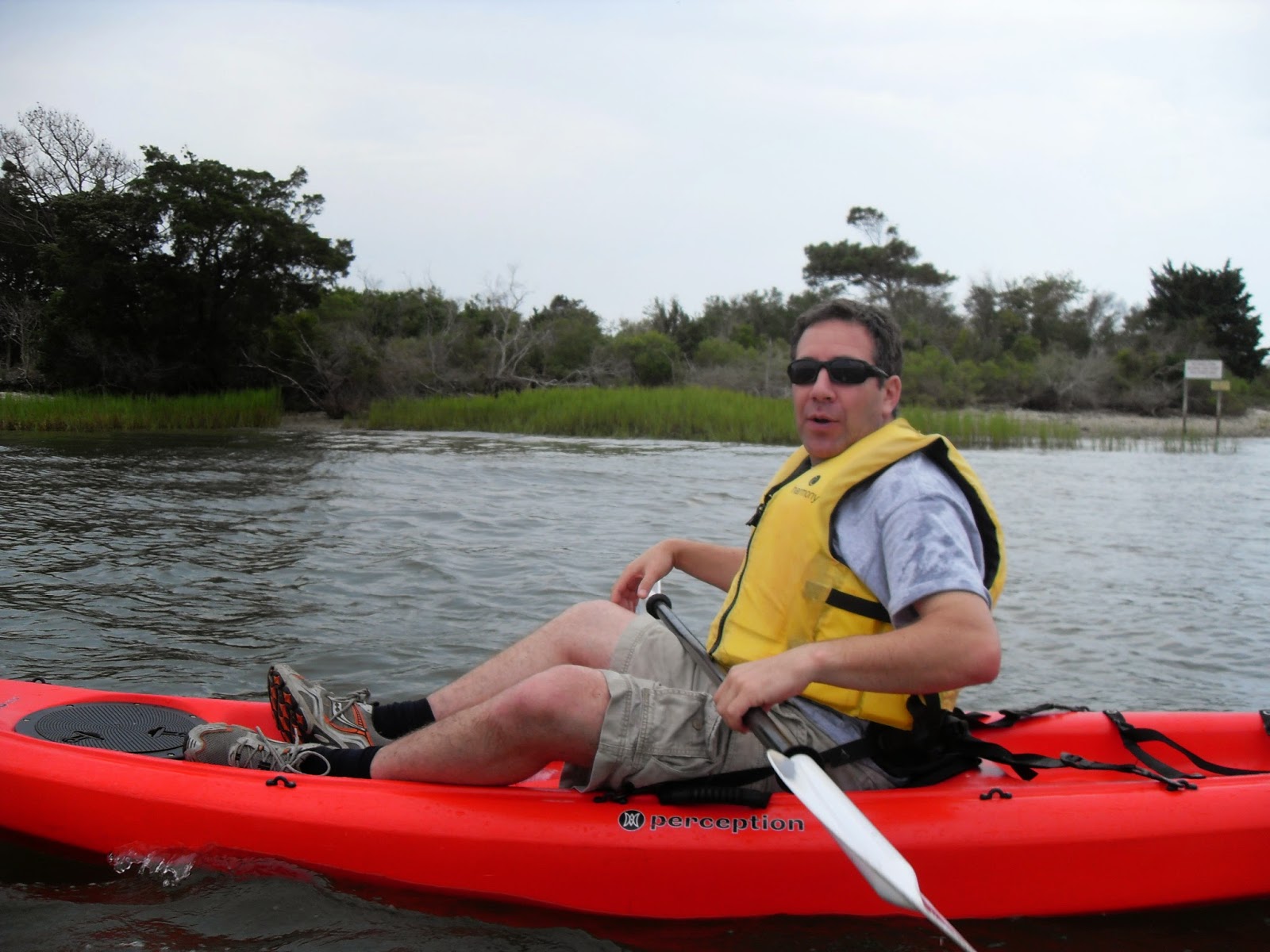 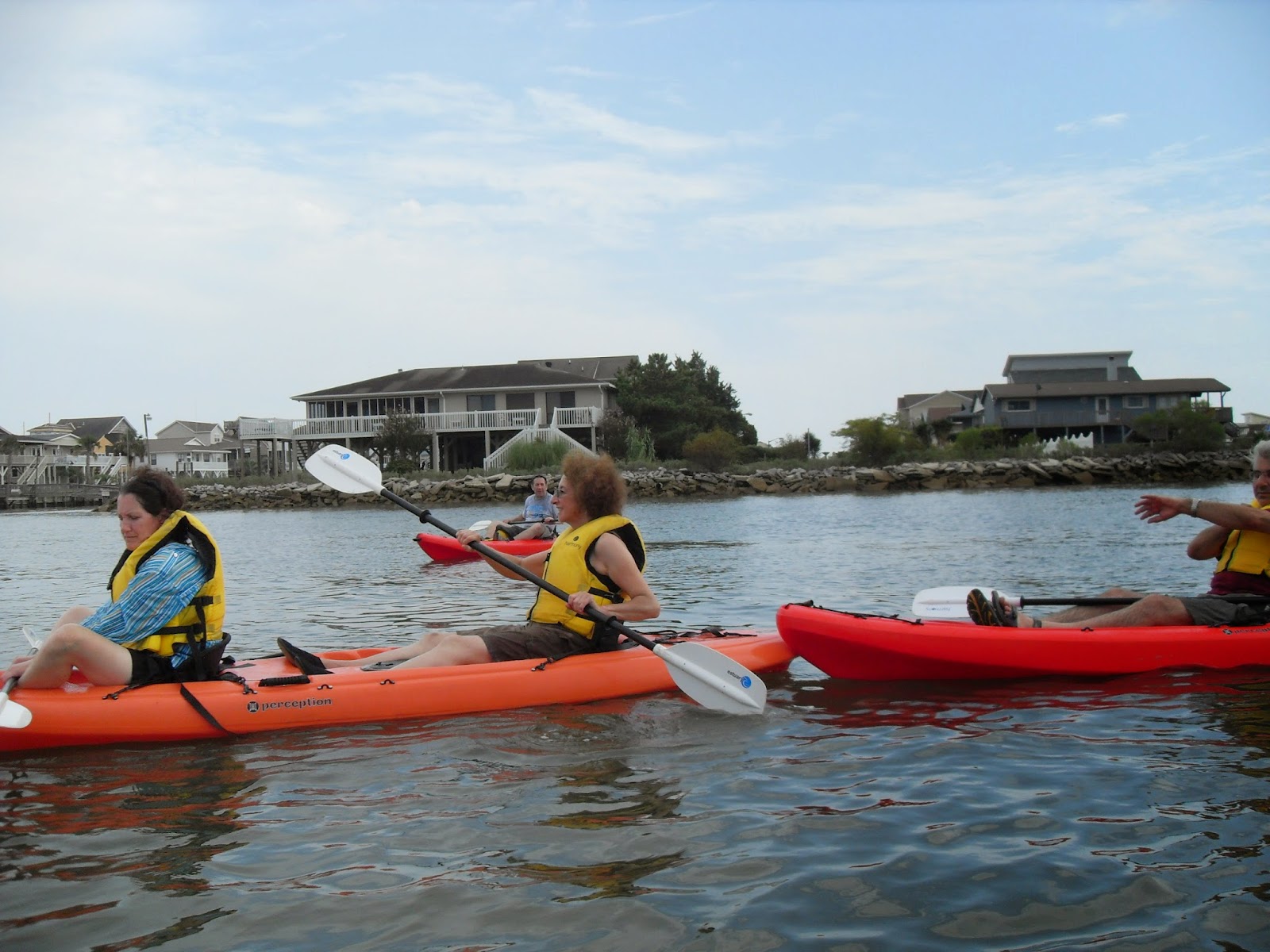 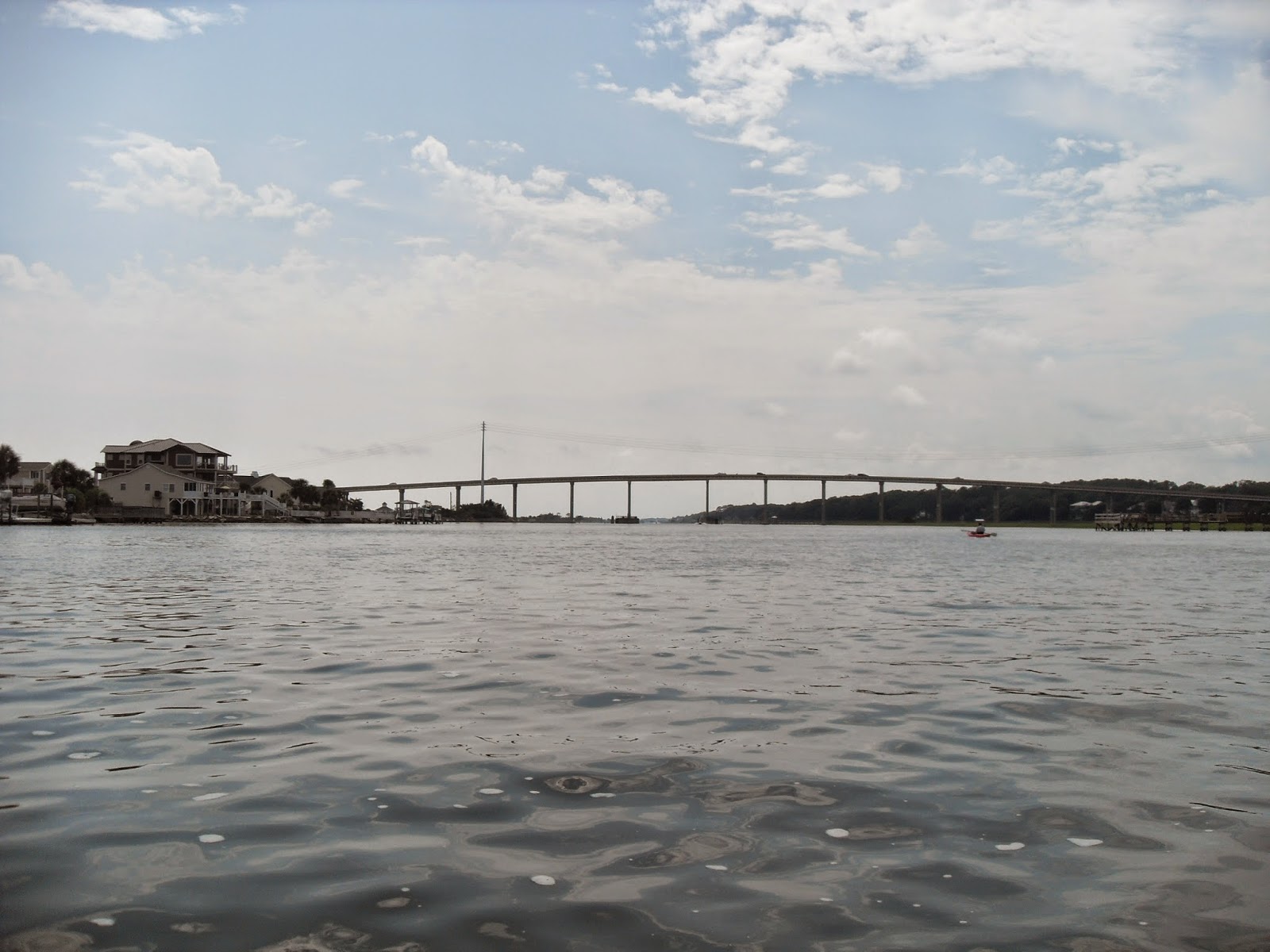 Between the kitsch of South of the Border and the family fun at Myrtle Beach, I've had a blast in my brief stops in North Carolina and South Carolina. Maybe someday I'll learn how to tell them apart.
Posted by Unknown at 6:55 PM