During my first trip through Iowa, I was mesmerized by its desolation. Other than a few Subway sandwich stops and some subtle hills, my girlfriend at the time and I passed pretty much nothing when we cruised through Iowa while driving to Los Angeles in 2003. After making it through the length of Iowa, we cruised through Nebraska. In comparison to Nebraska, Iowa is a bustling topographical wonder, but that's a different topic for a different post.

I passed through Iowa again in 2014 when Mrs. Tires and I drove through the state on the first day of our epic trip that brought us to South Dakota, Wyoming, Montana, Idaho and Washington. Normally a drive from Chicago to South Dakota would avoid Iowa entirely, but with I-90 in Illinois undergoing major construction, we opted for a route that would bypass that traffic nightmare.

It took us a while to get into vacation mode that first day, but things began to swing in that direction as we crossed the Iowa border. 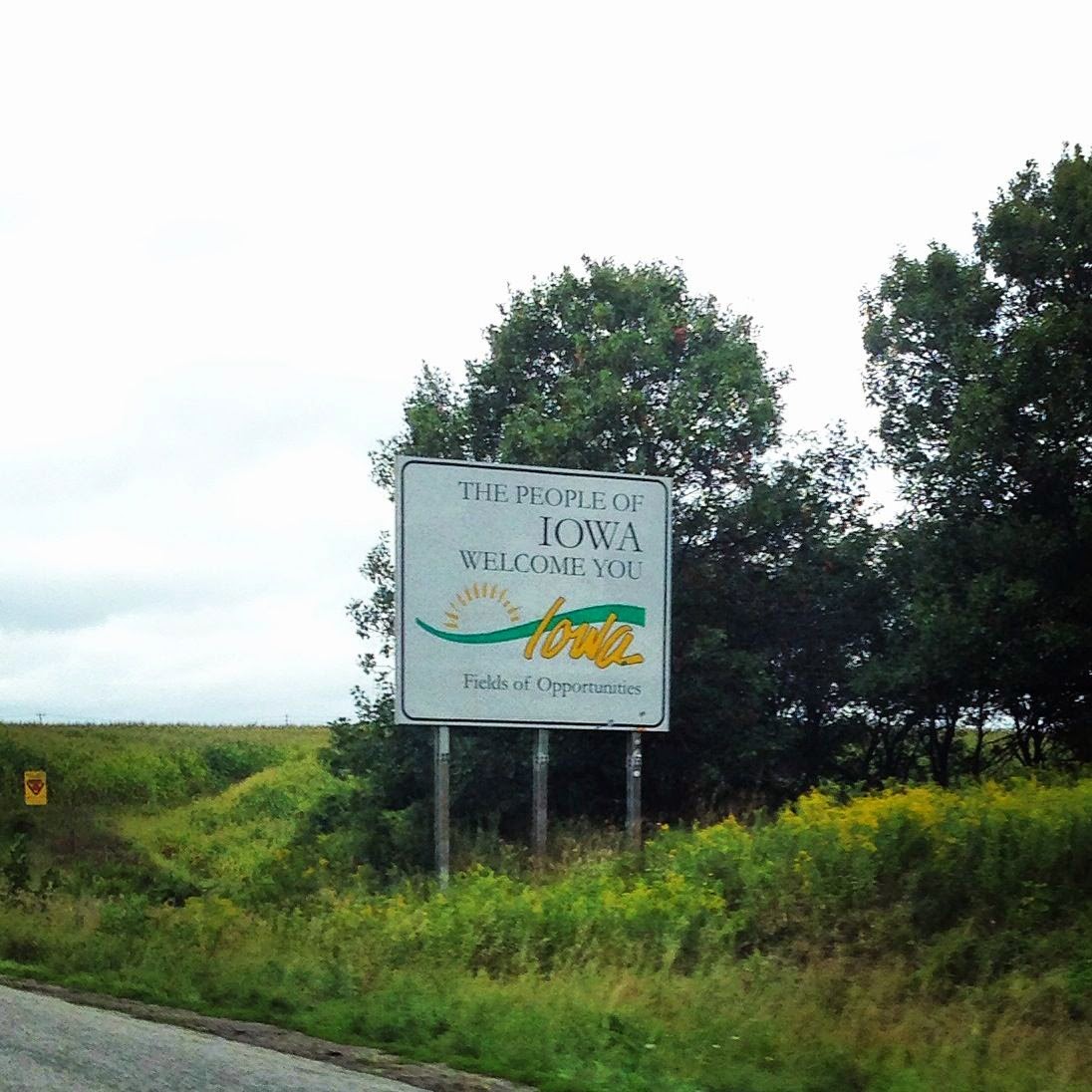 We started to loosen up and relax as we cruised through the state, and this mindset was further enhanced when we stopped at our first attraction of the trip - the World's Largest Truck Stop in Walcott, Iowa.  It came up right when we needed to stretch our legs, and as a rule of the road, I'll stop at the world's largest anything. 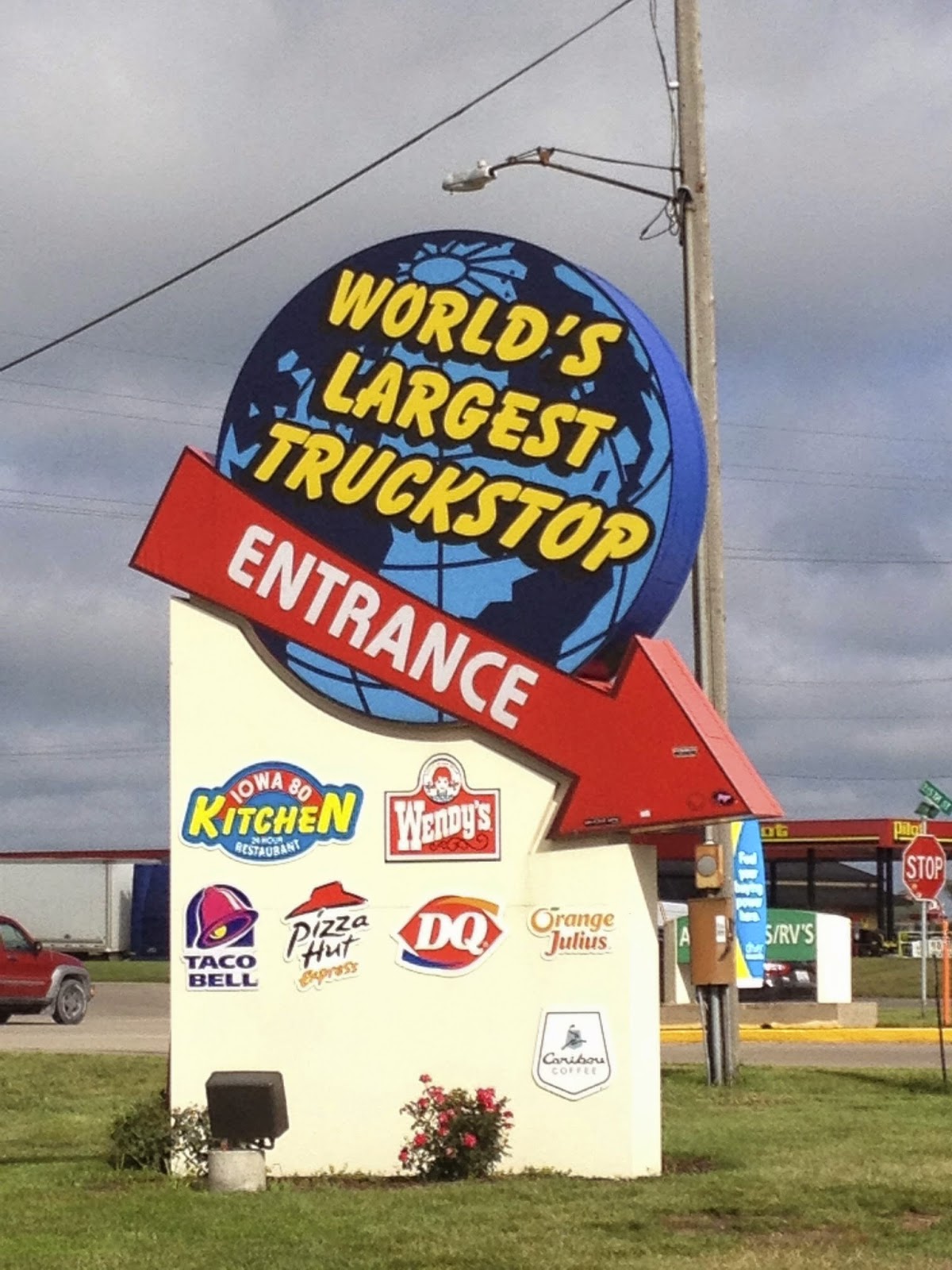 The truck stop really was massive. In addition to the traditional automotive supply section, gift shop and vending machines, it boasted a trucking museum, a dentist, a chiropractor, a church, an arcade, a movie theater, an embroidery shop, a cell phone store and a pet groomer. Impressive!

We perused the truck stop for a while, then got back in the car and headed on. After a couple more hours of driving, our stomachs informed us it was time for another stop, so we pulled off at a random exit in Iowa and found a public park. This ended up being the perfect spot for a right proper picnic, a Rayman road trip tradition.

As an added bonus, the park was inhabited by a couple of guys who were hurling frisbees of various sizes throughout the park. We were entertained by their game of frolf while we ate.

Satisfied and entertained, we packed up the supplies and hit the road again, ready to say goodbye to Iowa and hello to Minnesota.
Posted by Unknown at 5:21 PM