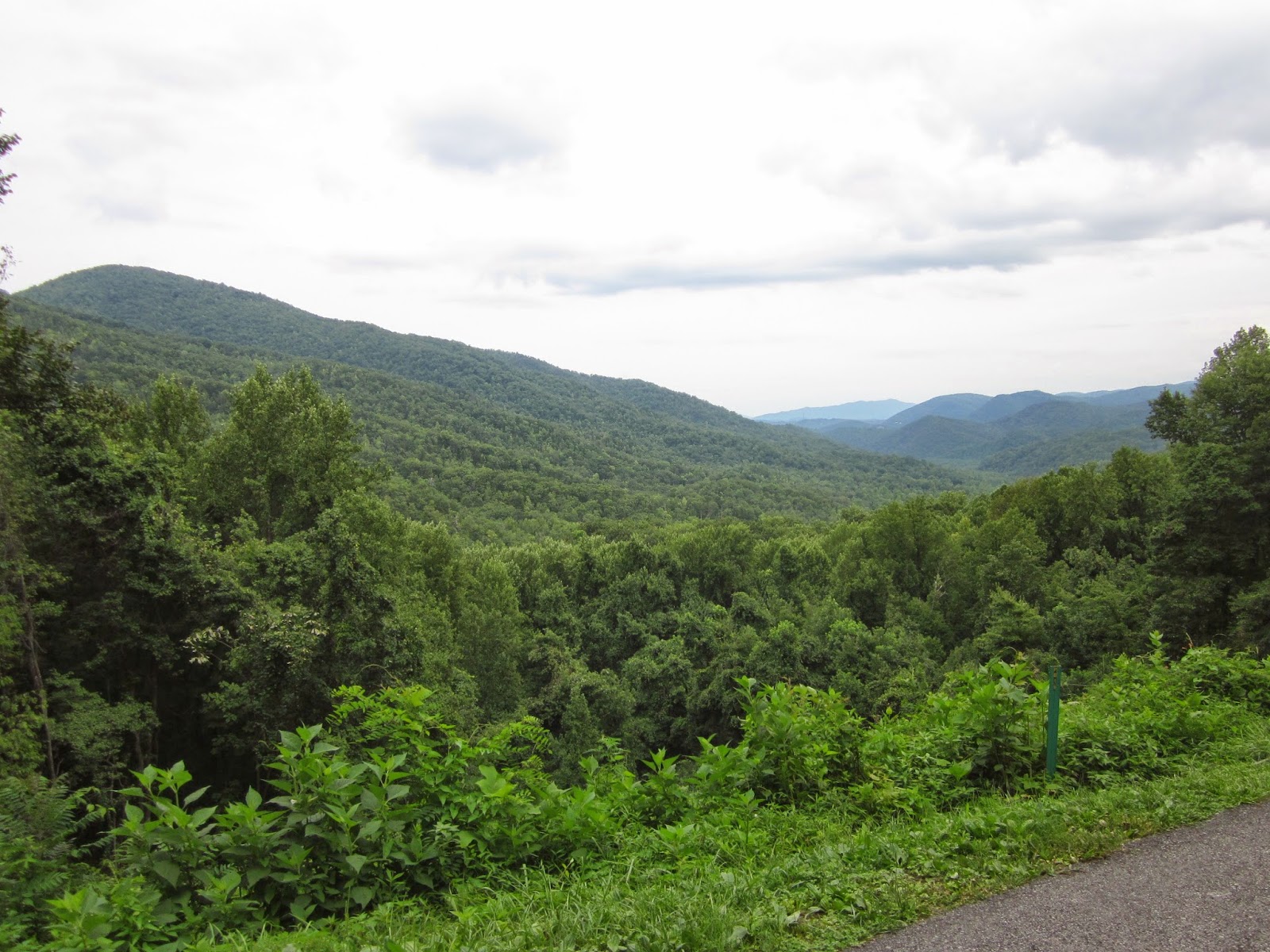 I didn't expect Tennessee to become one of my favorite states. I didn't expect superlative roller coasters, a top-notch jam session at 11:00 AM or a horde of dueling Elvis impersonators, either.

My exploration of Tennessee was part of an epic road trip that took my wife Leanne (heretofore known as Mrs. Tires) and I to Great Smoky Mountains National Park, Nashville and Memphis via Washington DC.

The Tennessee portion of the trip started at amusing Pigeon Forge. This town pulled us in immediately, thanks to our love of novelty and kitsch. The main drag is jam packed with goofy fun including a giant parody of Mount Rushmore, a replica of the Titanic, and the Hatfield vs. McCoys dinner theater show. Our schedule was jam packed (it always is when we hit the road) so we didn't get much time to explore these novelties, but we thoroughly enjoyed the drive and there's lots to add to our "next time" list. How on earth did we pass over the Jurassic Jungle Boat Ride? 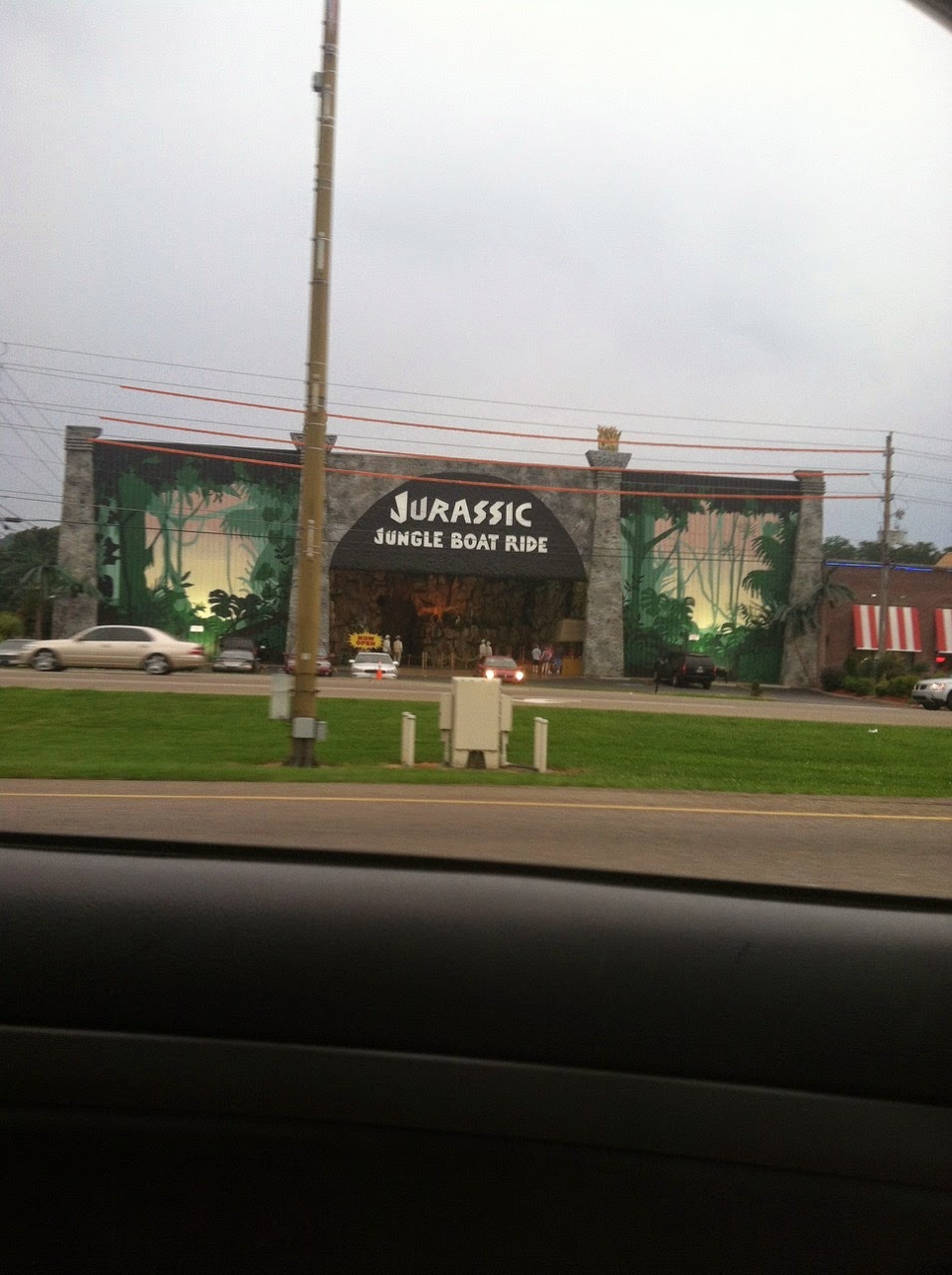 The reason we were in a hurry on this particular day was to catch some of Great Smoky Mountains National Park. Waiting for us beyond the Pigeon Forge entrance to the park was thick greenery and roads lined with tall trees that break to reveal spectacular views of lush peaks. 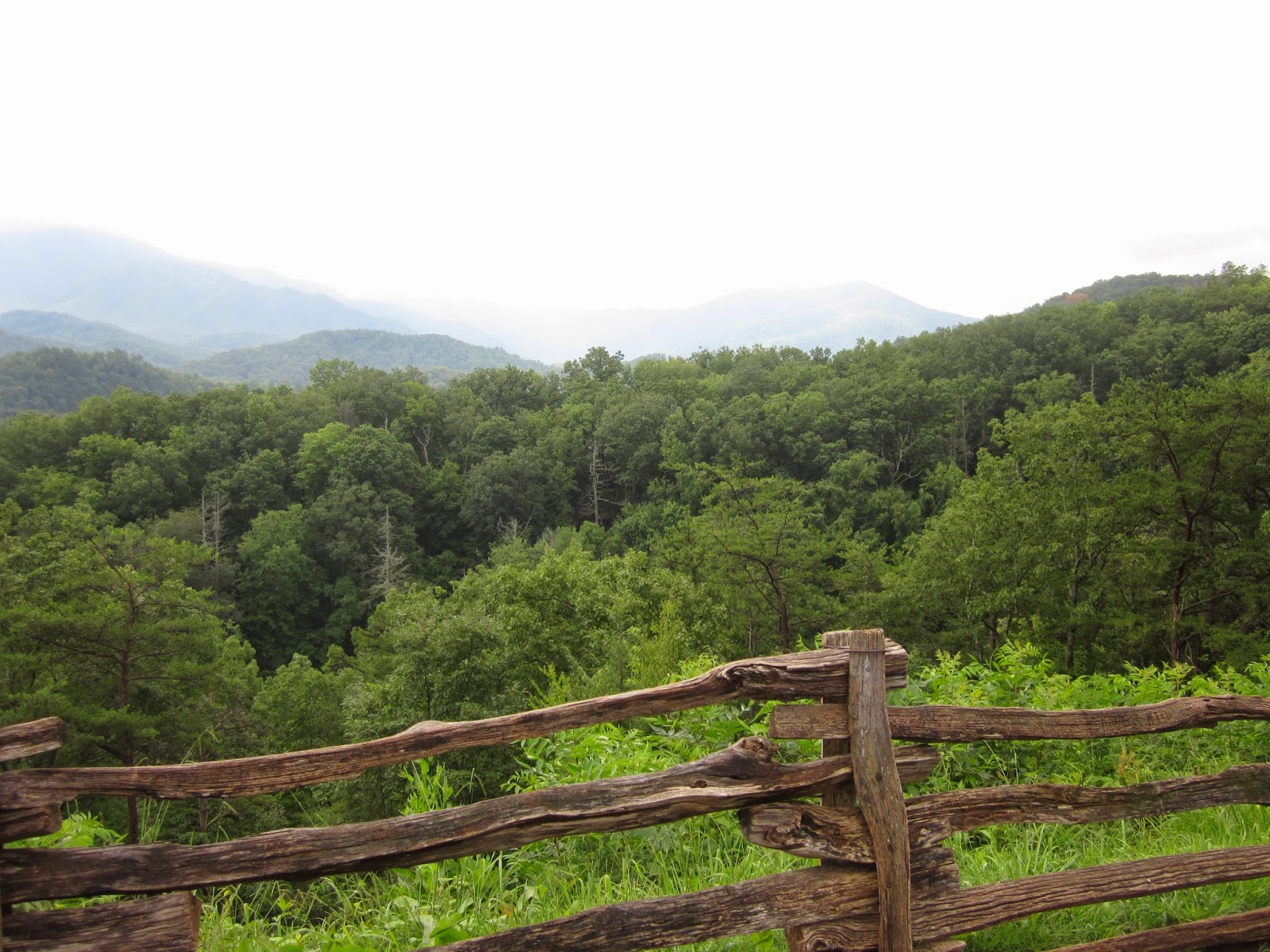 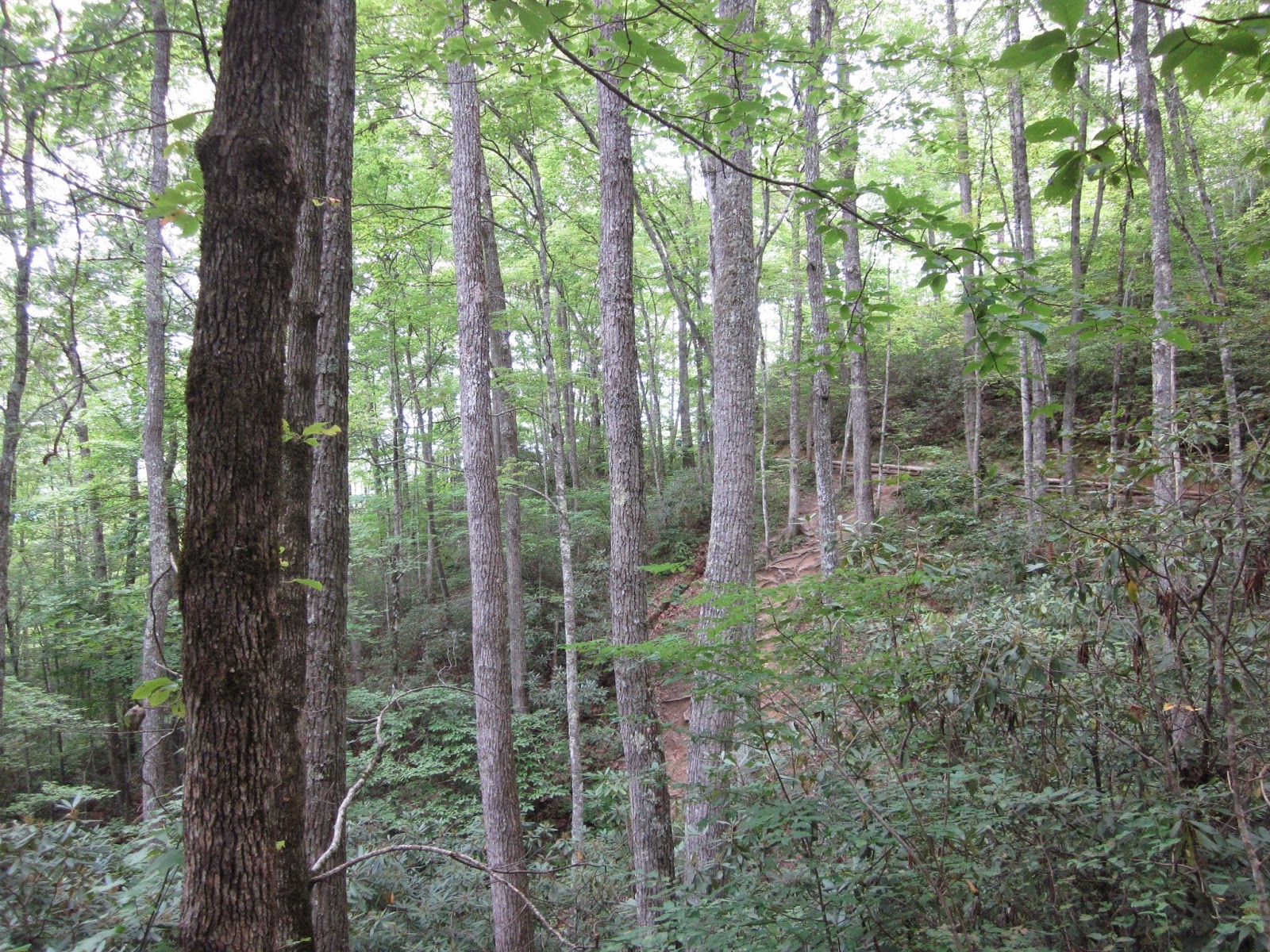 It was already later in the day, so we headed to the Laurel Falls trail, a short and fairly easy hike that would take us to one of the Smokys' many waterfalls. The trail was winding but paved, and the falls were gorgeous. We were both awed and energized as we watched the water take the 80 foot plunge. It gave us a nice appetite for the deeper exploration in the days ahead, and at just over 2 miles round trip, it was a quick win. 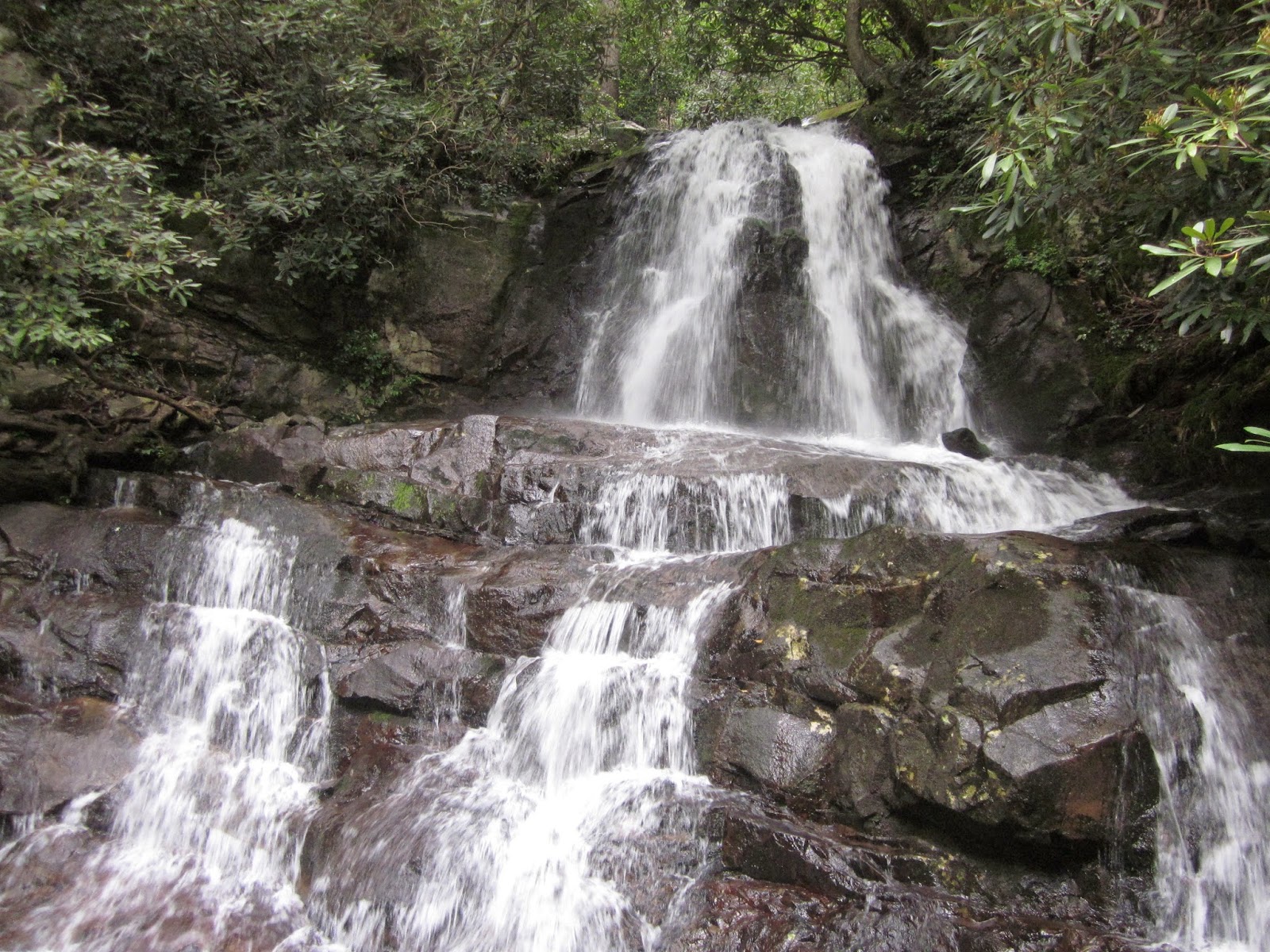 It was getting dark when we finished the hike, so we went to our campground to check in. I booked a cabin on a bit of a budget...and it showed. It was tiny and there was almost no room to walk around. However, what it did have was a fire pit. Our initial trepidation about the place melted away with the Hershey's chocolate on our delicious fireside s'mores. 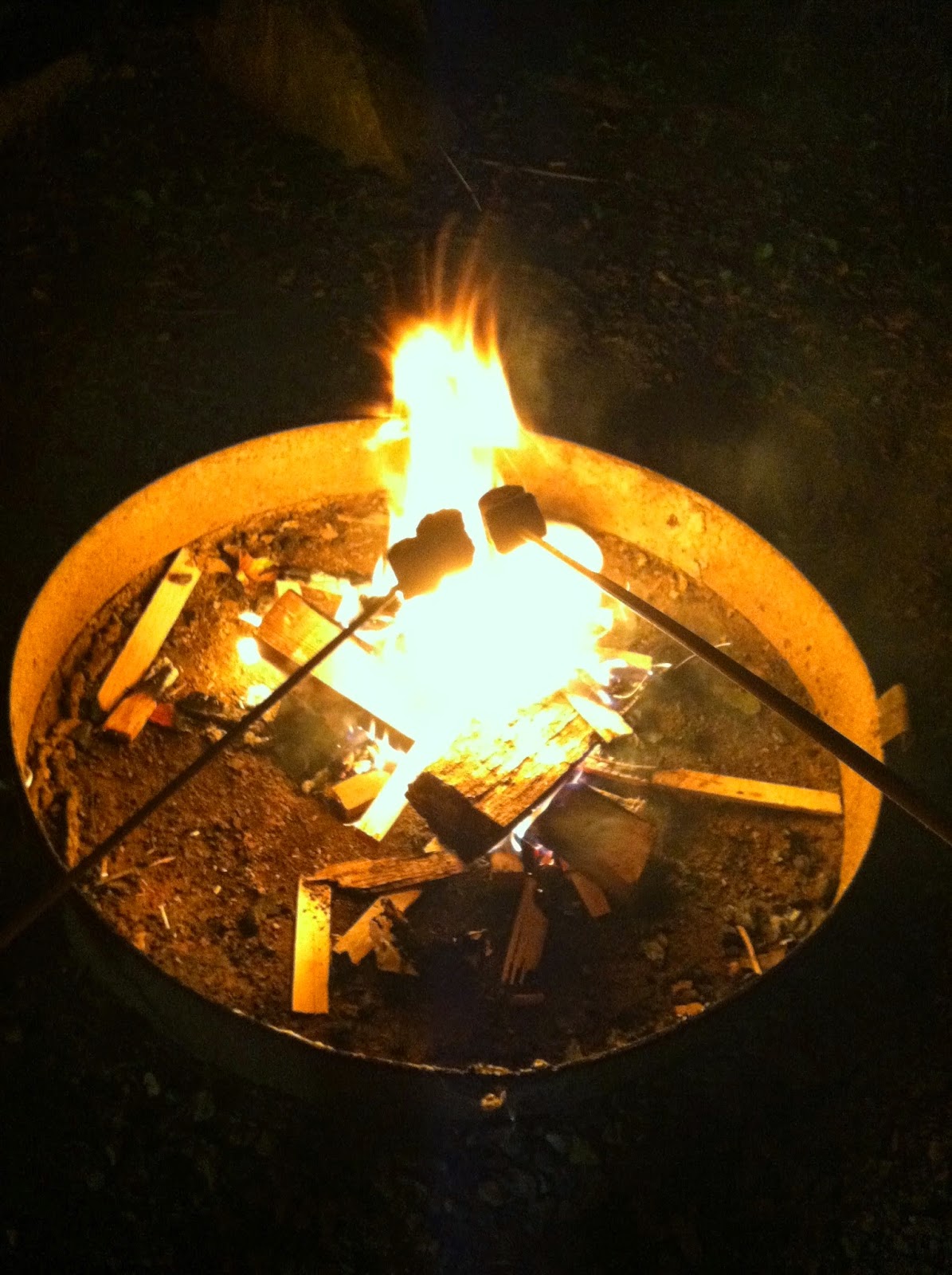 Our first full day in town would involve an epic hike in the Smokys. I say "would" here intentionally, as in, we would have, if not for a startling discovery we made in the Dunkin' Donuts while getting our pre-hike coffee. We were checking out a brochure on our destination for the next day, and happened to notice it was randomly CLOSED when we were supposed to visit. As such, we made a spontaneous decision and switch our days around. Instead of going hiking, we stored our hiking boots in the trunk and hightailed it to Dollywood, an amusement park named after Ms. Dolly Parton. The theme of the park is Dolly and her down-home country roots. This meant a lot of hokey but amusing decorations such as little people made out of plastic flower pots. 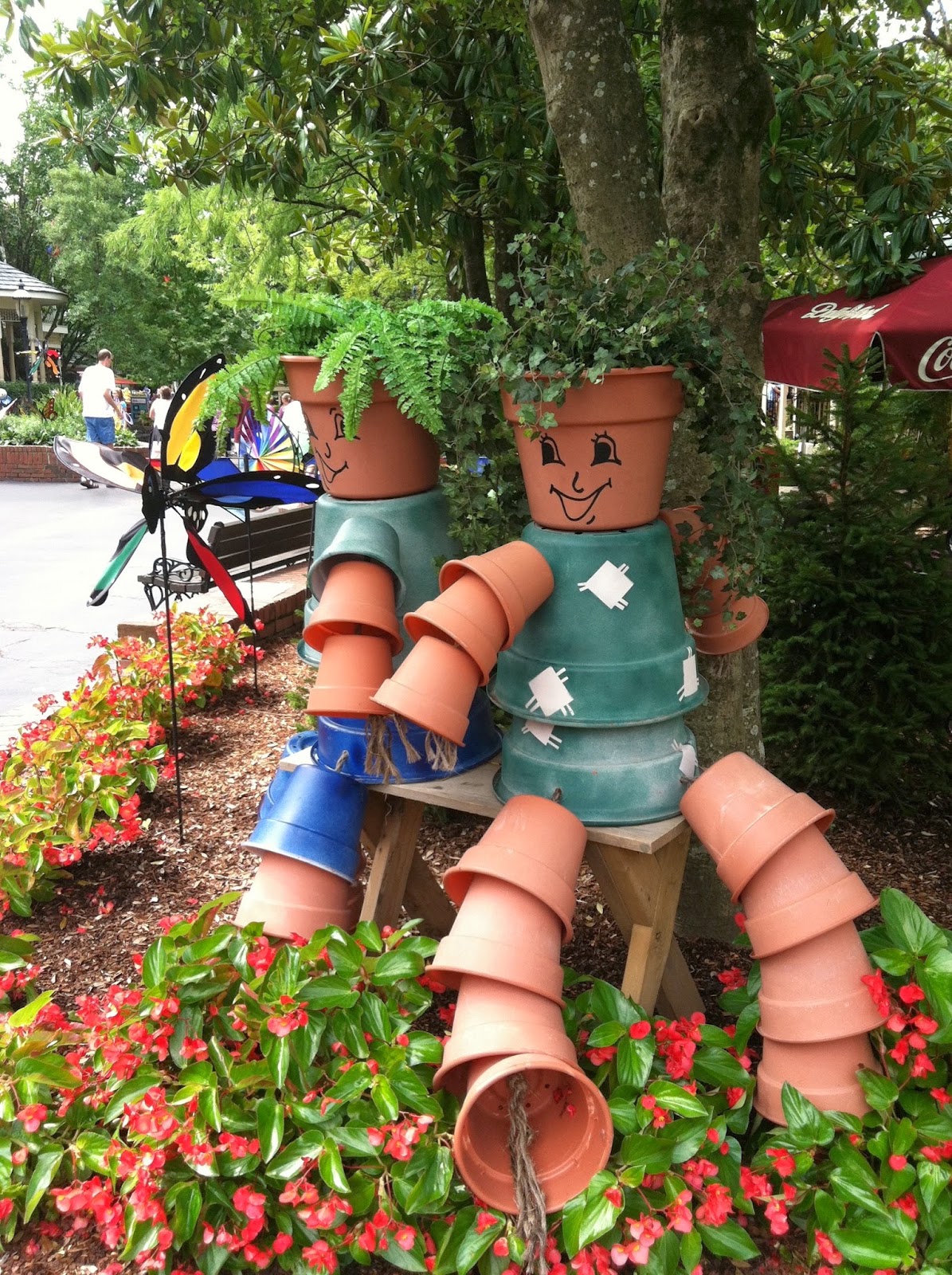 Our early experience in the park was rough. We stopped by the bald eagle nursery on the premises. They were beautiful creatures, but I couldn't help thinking about how we should be seeing these in the wild of the Great Smoky Mountains and not in these enclosures. 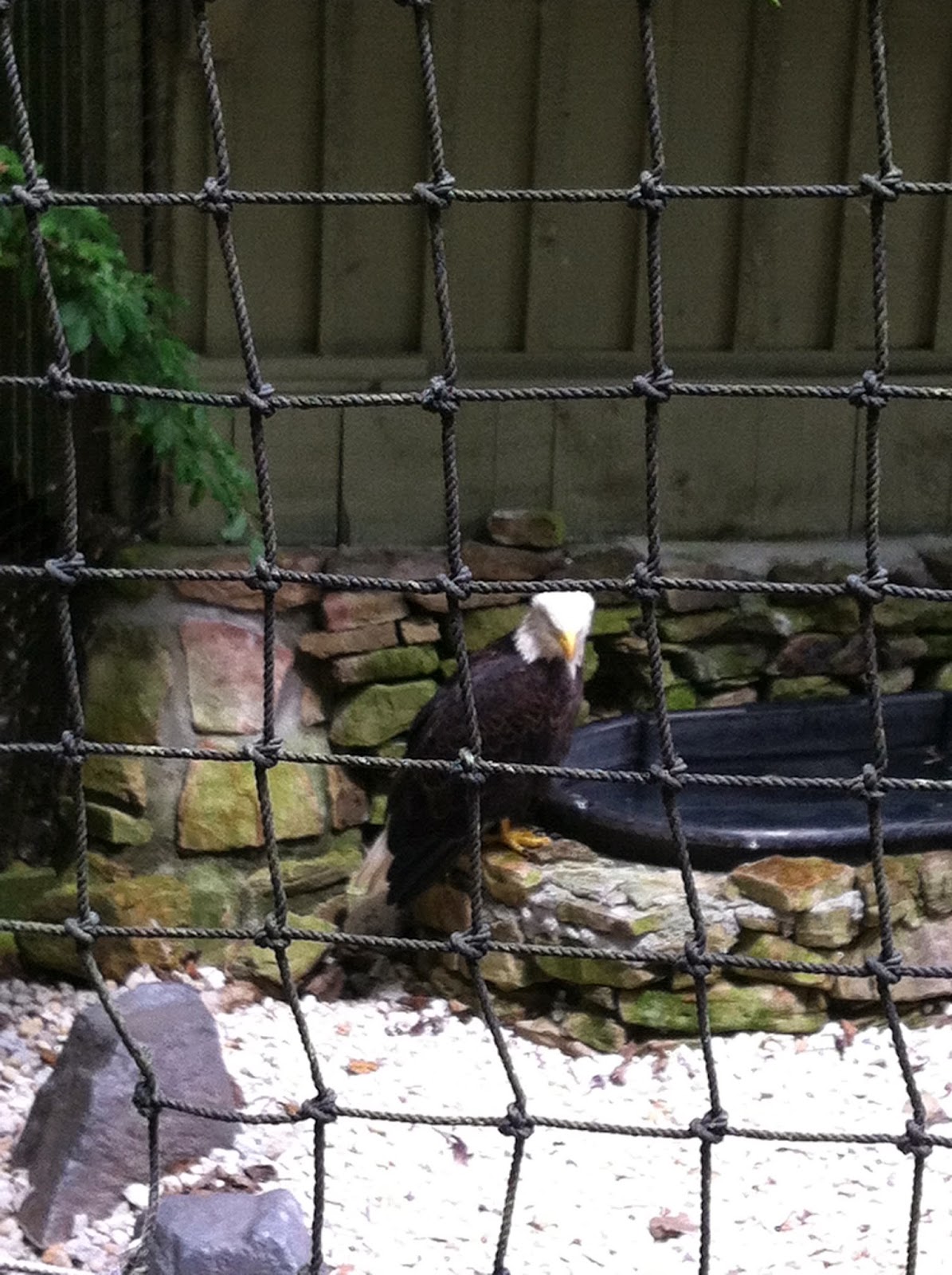 My malaise was quickly turned around - literally and figuratively - when we got on our first roller coaster. Mrs. Tires and I are coaster nuts, and our modest expectations were far, far exceeded by the magnitude of these coasters. One was the fastest wooden roller coaster in the country. Another featured a climb that was literally straight up in the air and then several loops, culminating in a complete stop for about 15 seconds while the car is suspended upside down. There were four big coasters in all, and each was better than the last. 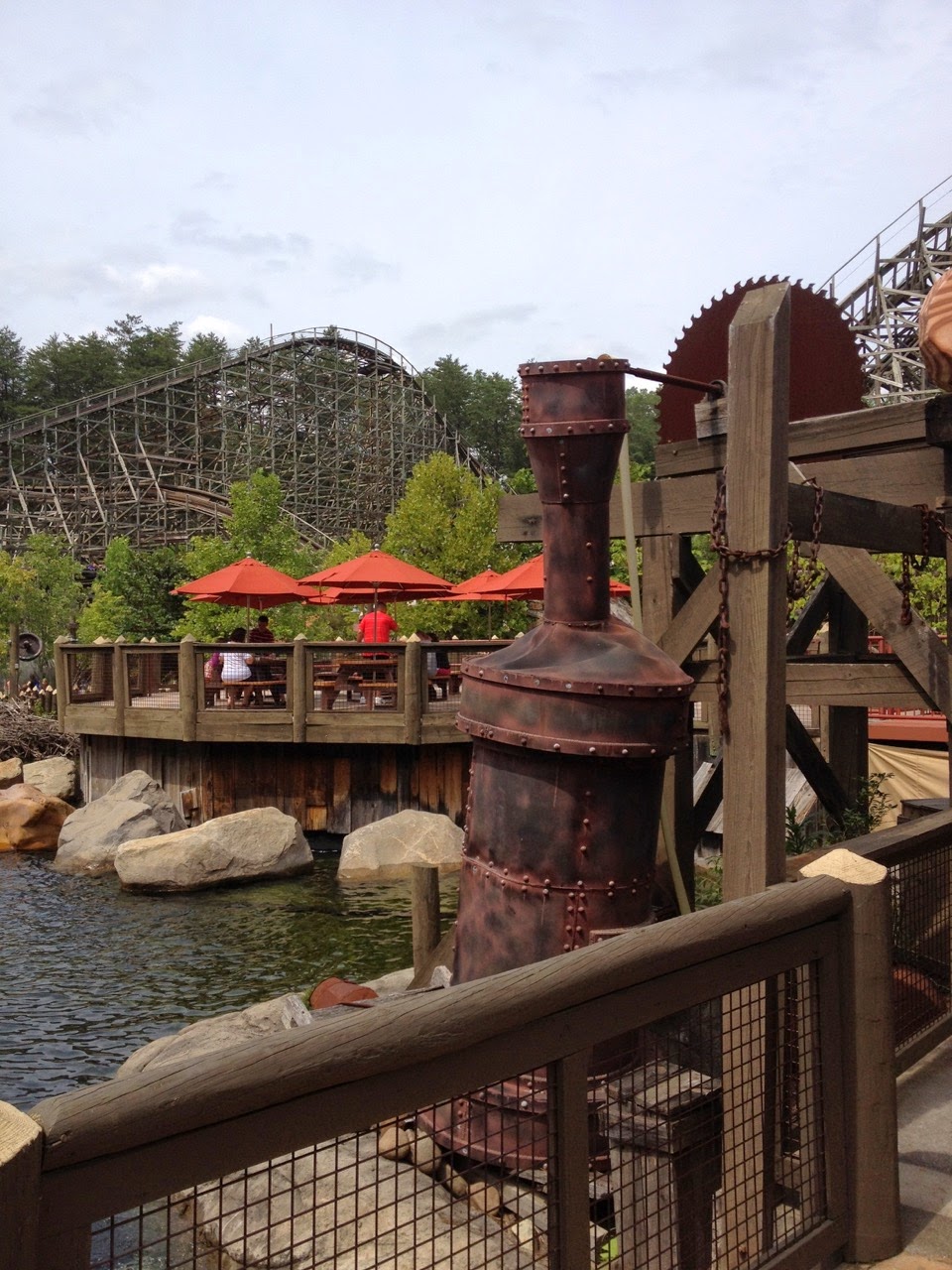 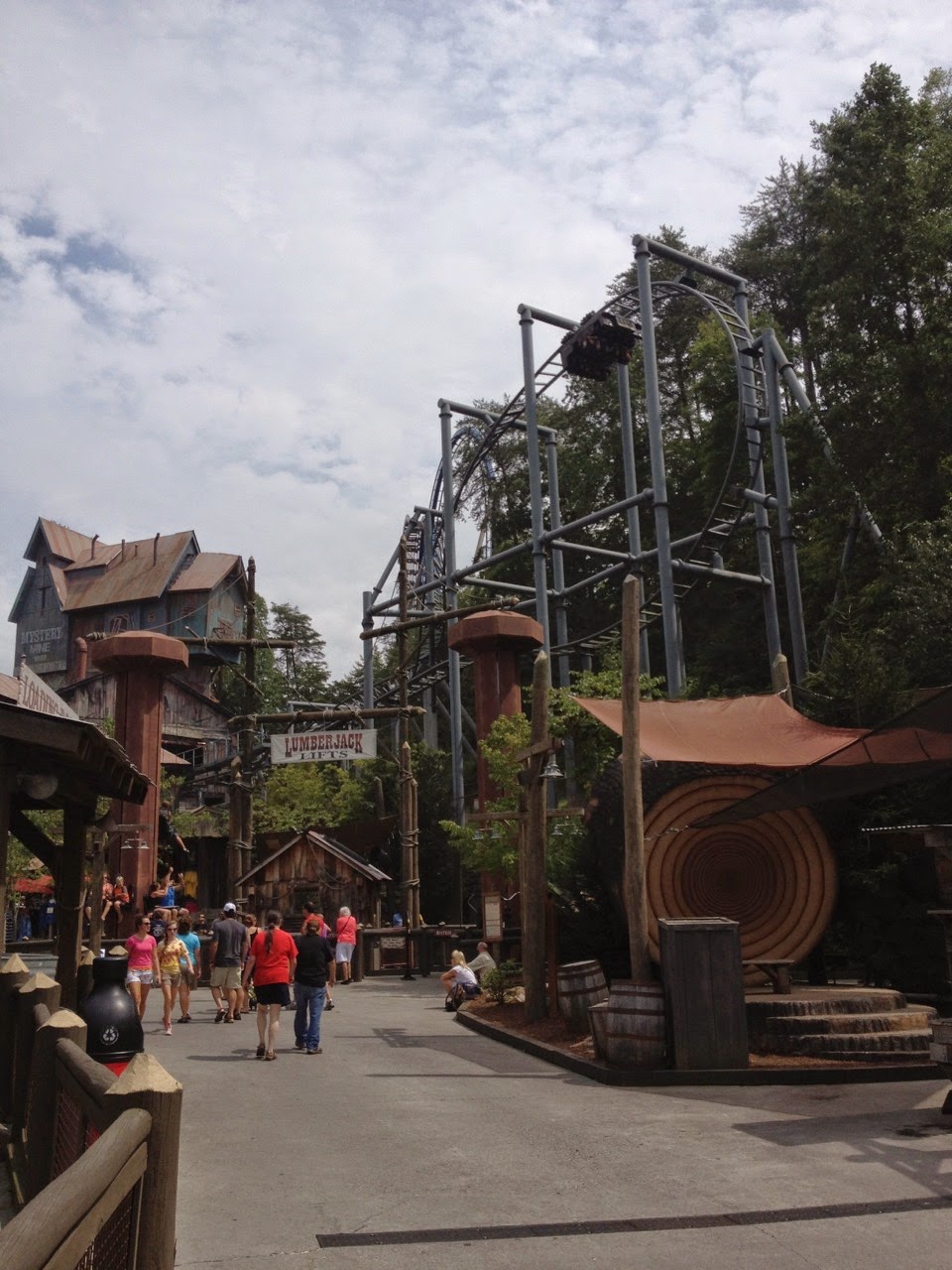 Dolly was well-represented in the park, and if the purpose of the park is to uphold her legacy, well, it worked. I went from Dolly-ambivalent to super fan over the course of the day, thanks to cover bands playing her music, a hologram of her in her childhood home, and a museum dedicated to her career. The latter was where we learned the story about how the song I Will Always Love You came to be. Short version: she wrote it for her long-time lover and manager, who, after years of turmoil, finally let her leave him after hearing her sing the song to him. He had just one condition: she had to let him record the song.

No destination on a Rayman road trip is complete without a a stop in the gift shop. Dollywood's shop had Dolly Parton hats, Dolly Parton mugs, Dolly Parton EVERYTHING…except for any of her music. No bother. Dollywood won us over, and I strongly recommend it for any roller coaster enthusiast. 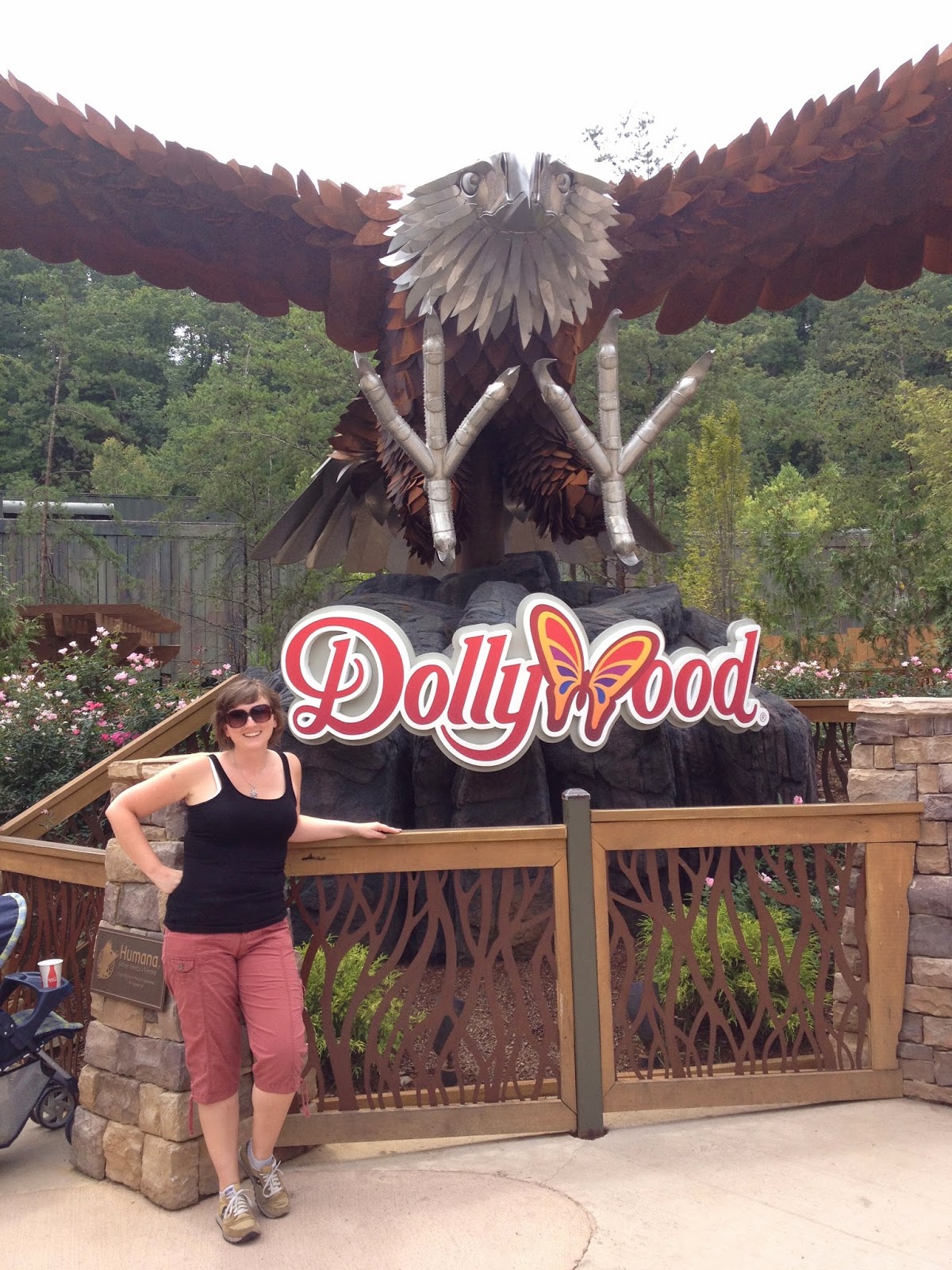 After the park, we stopped for dinner at the Mellow Mushroom, a hippie, lava lamp-themed pizza joint that got us nice and mellow after a thrilling day. 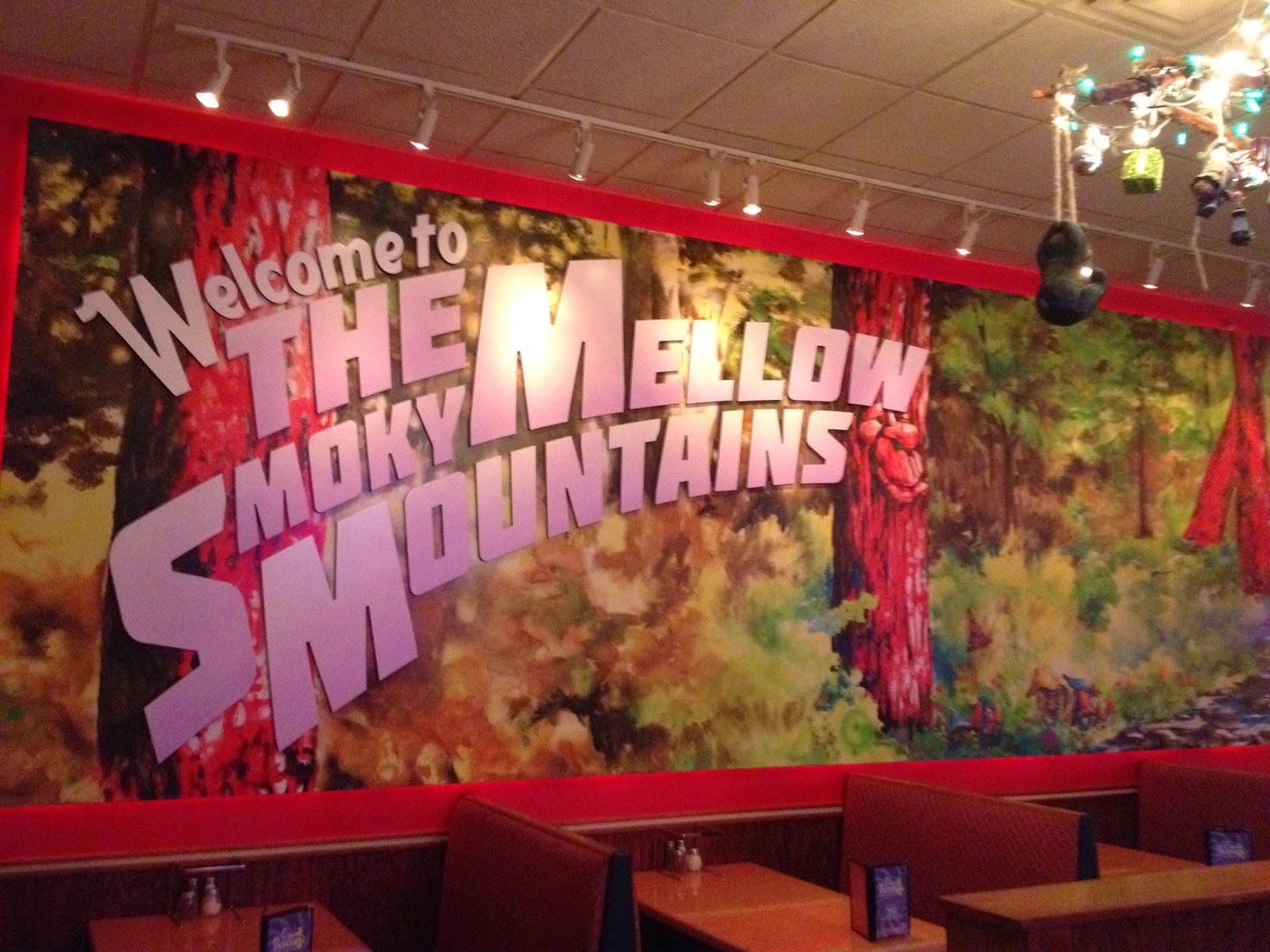 The risk factor in going to Dollywood on the day we did was the weather. It was predicted to be worse the next day, now the day we were scheduled to hike the Smokys. Things weren't looking good early on, as it rained while we packed up the car and then poured as we sat down for breakfast at the local pancake house. Luckily for us, things cleared up by about 11:00, and the rain left the area for good.

We ventured back to Great Smoky Mountain National Park and drove to a small establishment that offers horseback riding tours. After a quick registration process, we were mounted and on our way. Our tour guide was a legitimate Tennessee woodsman, complete with a filthy cowboy hat and missing teeth. The man looooooved to talk, and liberally yacked away about everything and nothing for the entirety of the tour. It was amusing at first but quickly got irritating, as we were trying to enjoy the ride and the scenery and were constantly distracted from them by the guide. However, other than the incessant chatter, the ride was pleasant and we really enjoyed the views of the park. The horses instinctively knew where to go on the trail, so we were left to take in the natural beauty that surrounded us. We had to occasionally remind the horses to stop eating the grass on the trail by gently kicking them in the butt. This ended up being just the right amount of responsibility to feel like we were participating in the activity of horseback riding. My horse was a kind steed, though easily distracted and a bit haggard. 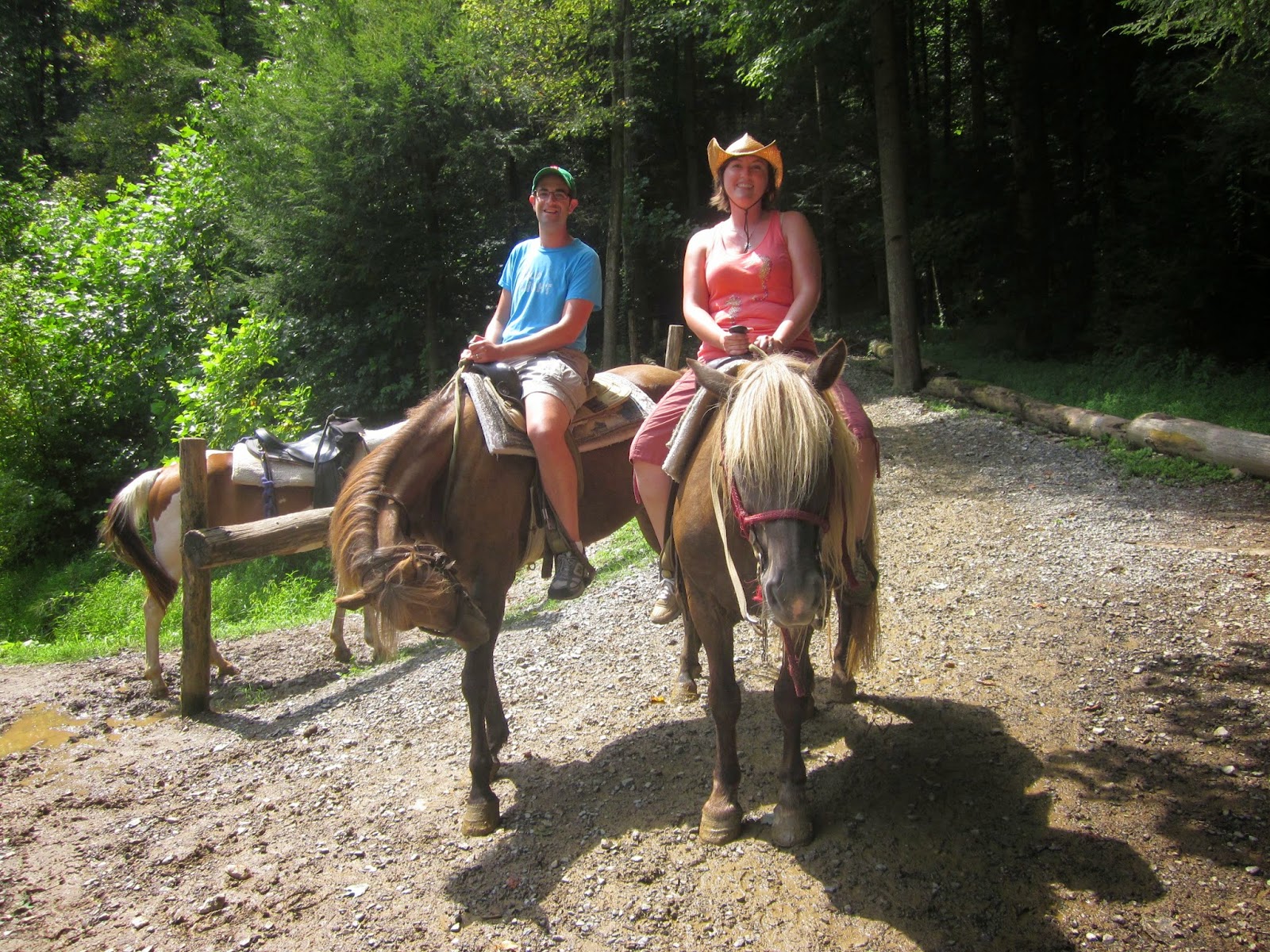 Our legs were quite sore after the ride. Sitting in a saddle is a very unnatural position for your legs to be in, so it feels weird to walk afterwards. We were somewhat weary of this because we had a lot of hiking ahead of us. We were about to embark on a burly hike that was the longest we'd ever undertaken as a couple, a 5.4 mile trail that was rated moderate to difficult. The ascent was a challenge, and we were huffing and puffing the whole way. We took some solace in the fact that we were encountering many hikers who had turned back before reaching the top due to the trail's difficulty. We forged on and were treated to a delightful hike that included many streams, large boulders and pristine woods as far as the eye can see. 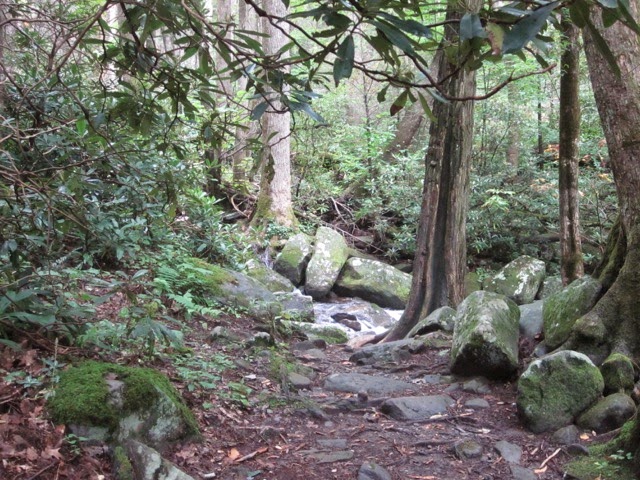 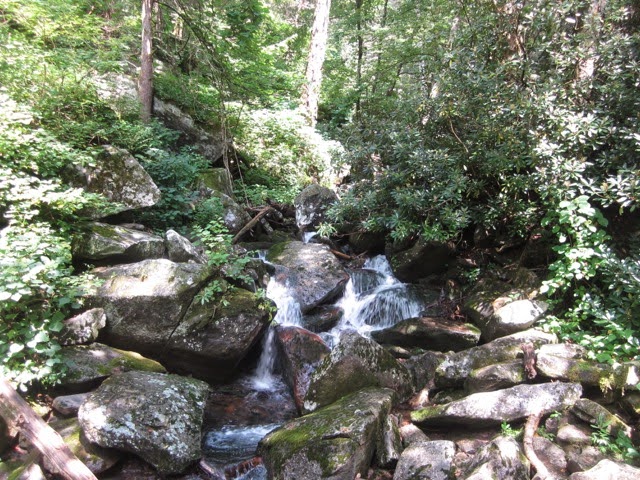 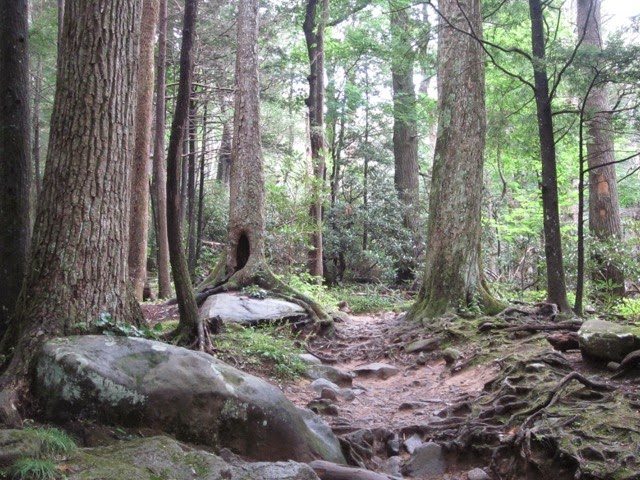 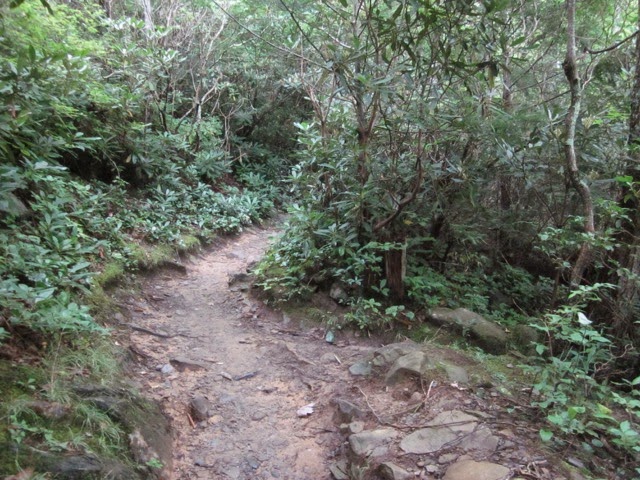 The trek was difficult, but totally worth it! The waterfall at the top was spectacular, and featured an 80 foot free fall. The water was loud and plentiful and came down with tremendous force and majesty. After admiring it from down below, we hiked up behind the falls for a really cool view.


We were exhausted but delighted by the time we got back to our car. We shared a beer and a snack, then said goodbye to the Smokys....or so we thought. On our way out, we took a wrong turn and ended up going on a stunningly beautiful, schedule-busting drive through the park. We noticed our (my) navigation error after about an hour. As it turned out, we were on a road that would have brought us to the highest peak in the park.


We corrected our course eventually, got out of the park and on route 40 east. Our destination that evening was all the way on the other side of Tennessee. The sun was already setting as we got on the highway. It would be a long, late drive to Nashville....

TRAVEL TIP: Every national park (except for one in Alaska) has a road that drives through it, often bringing you right to major sites within the park. You need not be a hiker to enjoy a national park, you can get a hell of an adventure by just driving through. If you're ever anywhere near a national park, take the time to drive the road at the very least. I've yet to experience a national park drive that disappointed.

For more on this adventure, check out #raymanroadtrip2k12 on twitter.
Posted by Unknown at 8:54 PM