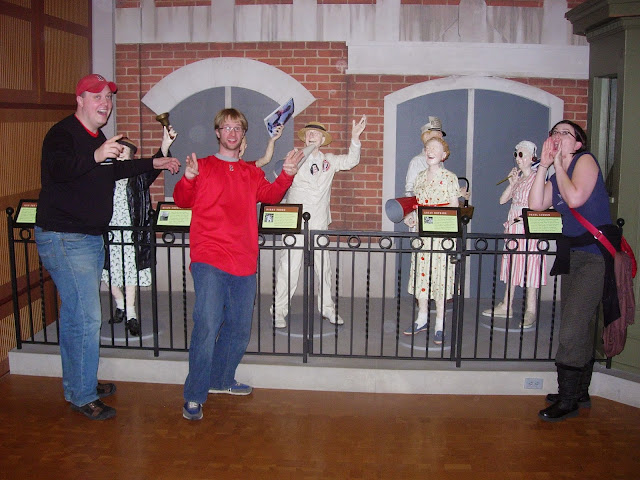 No world traveler's list is complete without a visit to New York City. During my various trips there, I've taken in many of the city's greatest assets. I've also made note of its many weaknesses. Fortunately, I've also made trips to upstate New York, and I found those destinations to be equally fascinating without being hazardous to my health.

I've never been a fan of New York City. It is crowded and chaotic. My blood pressure shoots up just by entering the city limits. A friend of mine that's all of 5'2" moved there and said the only way she gets off the subway train is to drop her shoulder and shove her way through. The traffic. The crowds. The noise. And that's not to mention that the streets are lined with trash. Still, there are many wonderful places to visit in the city, and once you survive the living hell that is leaving one place in the city and getting to another, it's usually worth it.


My first visit there was during a class trip in high school. I have vowed to make this blog more exciting than a high school field trip, so I'll skip the details and just share a few highlights:

Major stops included the Empire State Building (a classic top-of-the-world city vantage point), The Statue of Liberty (closed the day we visited), Times Square (a bright, colorful and vibrant clusterfuck of touristy chaos), the United Nations General Assembly Hall (loved the mural in the plenary hall, which reminded me of breakfast) and FAO Schwartz (which was as fun as you'd imagine).


The biggest impression NYC left on me during that trip came from our visit to Broadway, where we caught a performance of Miss Saigon. I have never been one for musicals, but this show was such a spectacle, it won me over instantly. I had never seen such a gigantic, elaborate set in my life. It was complete with an enormous bust of Ho Chi Minh and a full-size helicopter.


Our trip to Broadway was preceded by dinner at Ellen's Stardust Diner, a brightly colored and heavily decorated 1950s themed restaurant. The eatery's style was great, but it was trumped by the waitstaff. Most of the servers were aspiring Broadway actors, and they regularly performed musical numbers in the middle of the restaurant to the delight of all. It was really fun restaurant and I highly recommend a visit.


There is much more to the NYC theater scene than just the shows on Broadway. The Off-Broadway productions have been some of the most influential in the theater world. A generous graduation present in 2003 included tickets to an amazing show called De La Guarda, which wasn't a show so much as it was an experience. Instead of sitting in a seat, the audience stood in the middle of a warehouse-like building. In the space above the audience, the actors flew through the air on trapeze. Add intense music, confetti and a few surprises, and you got a unique theater experience that was unlike any other. While De La Guarda is no longer running, Fuerza Bruta, the Argentinian theater group that produced the show, still performs in NYC regularly.

And how could I visit a major city like New York without doing some stadium chasing? I visited Citi Field, home of the New York Mets, during my most recent visit in the summer of 2013. I've yet to visit a stadium I didn't like, but when comparing one stadium to the next, I have to say that Citi Field ranks low on the scale.


The stadium's location leaves a lot to be desired. It's far from any recognizable neighborhood, and while it is technically within the limits of New York City, the surroundings feel more like Gary, Indiana than the Big Apple. Finding our way to the stadium was an adventure, as we had to take three trains to get there from Manhattan. When we finally arrived, we had to weave and bob through a swarth of tennis fans who were there for the US Open in the adjacent Billie Jean King Tennis Center.

The main stadium entrance brings fans through the Jackie Robinson Rotunda, which is a great tribute to one of baseball's pioneers, but seems out of place considering Jackie Robinson never played for the Mets. 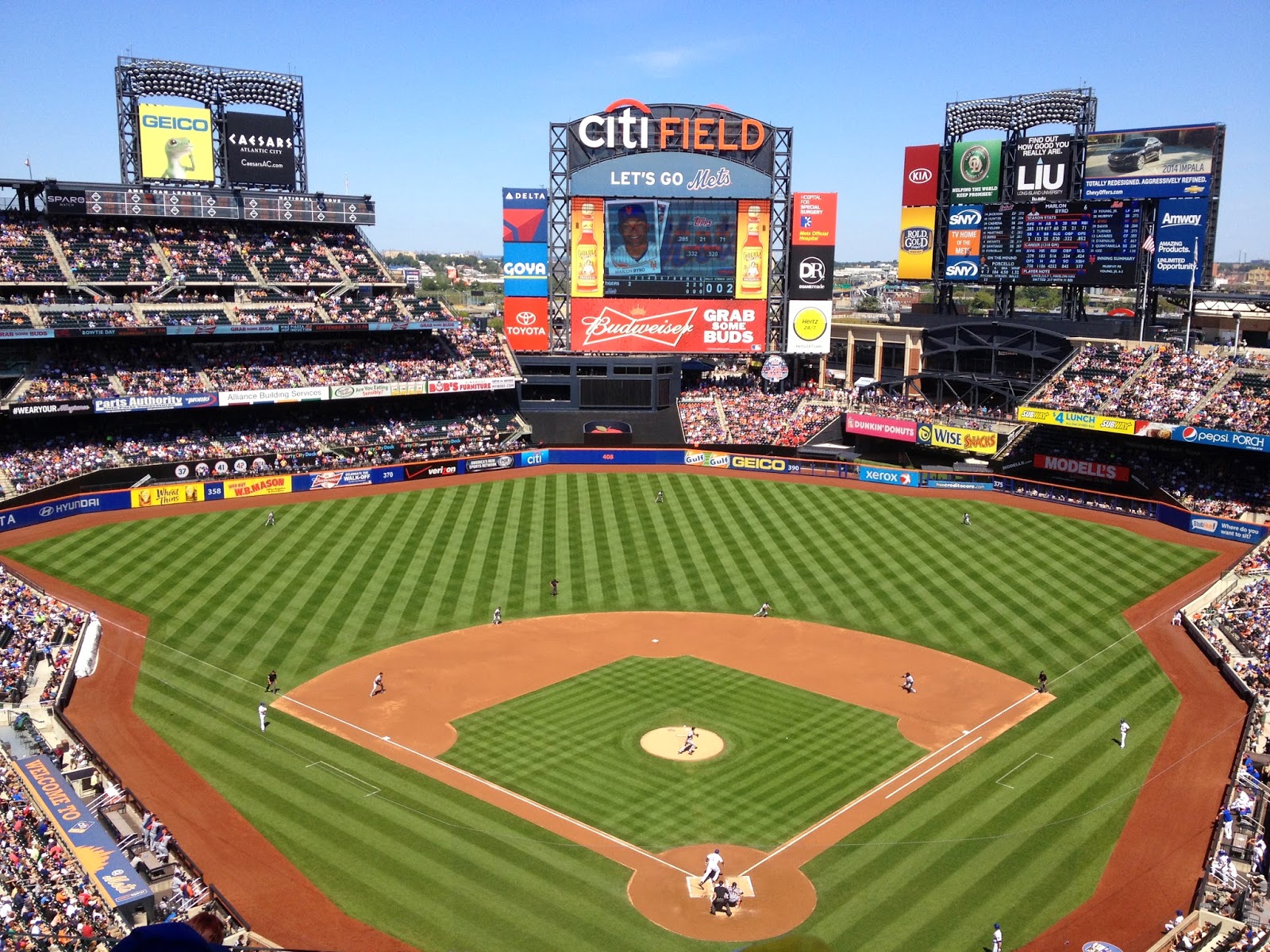 For a newly-built ballpark, Citi Field offers remarkably few distinguishing features. While it's fun to see the giant red apple emerge from its hole when Mets players hit home runs, this hardly compares to, say, the pyrotechnics at Great American Ball Park in Cincinnati. 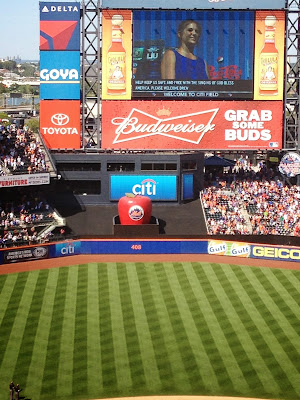 We will be seeing more and more of this apple, as Citi Field moves their fences in on a seemingly yearly basis to accommodate their lackluster hitters.

The other marquee feature of the stadium is the Shea Stadium Bridge. Basically it's scaffolding meant to replicate a bridge. Yawn. 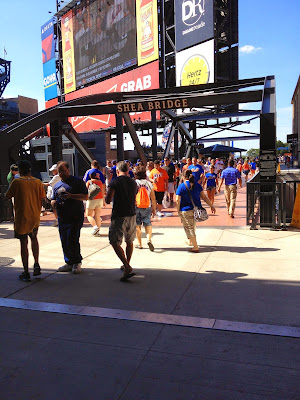 While there are plenty of food options at Citi Field, most are spin-offs of popular New York eateries. I was pretty excited to experience Shake Shack while in NYC, but I wasn't about to get the ballpark version of it when I could get the real thing elsewhere in the city. I went for the Italian sausage, and it was one of the worst I had ever tasted.


Citi Field also features the Mets Hall of Fame. While I'm usually a fan of in-stadium HOFs, this one was small and left quite a bit to be desired.


There's one thing that makes Citi Field truly unique. It's the testing ground for Baseball Advanced Media's in-stadium digital offerings. All of the cool in-stadium smartphone technology is available there first. Apparently the MLB At the Ballpark app gives real-time, location-specific information to iPhone users, so when you walk by a point of interest in the stadium, you can get info on the attraction via your phone. Additionally, you can order concessions through the app and have them delivered directly to your seat. Too bad I visited one year too early to catch the first version of the tech.


I also loved the baseball card-style ads they displayed throughout the stadium. However, when a marketing motif is a major highlight, you know you're in a mediocre park. 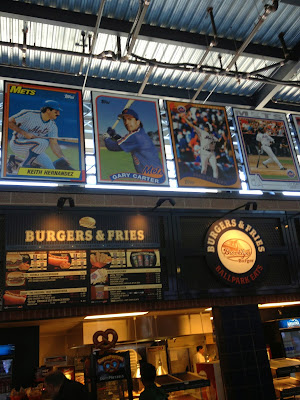 By the way, I did indeed visit Shake Shack during that visit in 2013. It was delicious, and as good as advertised. It reminded me of Five Guys, but cleaner, more modern and with better burgers. More Shake Shack, please!

While New York City gets all the attention, there's lots of interesting stuff in upstate New York that's a blast to explore.

Growing up, we would drive to Oneonta, New York to visit family friends. This involved a drive down Route 88, a narrow, winding, gut-check mountainside highway we used to call "the scary road." I was pretty intimidated when I was tasked with traversing it while in possession of my learner's permit. However, once I was behind the wheel, I found driving this route to be exhilarating and energizing. It was certainly an early influence that fostered my love for the road.

During one visit to Oneonta, we made a jaunt to Herkimer, home of the Herkimer Diamond Mine. What do you do at a diamond mine? Dig for diamonds, of course! While the diamonds found in this mine are far more common than real diamonds and therefore have little monetary value, it was a blast to show up with a small shovel and a pail and start sifting through the dirt to find these exciting gems.

Oneonta is not too far from Cooperstown, so I was fortunate enough to visit the Baseball Hall of Fame several times growing up. This baseball mecca is always a fun and enchanting excursion, as it truly brings the game's past to life. 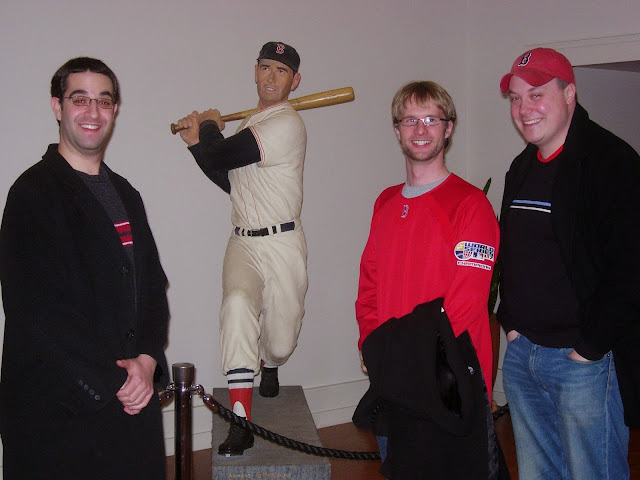 The museum starts with a video that is rooted in a sandlot baseball game, and moves on to several halls displaying baseball artifacts. My favorite section as a kid was the locker room. This area features lockers dedicated to each major league team, and they're filled with memorabilia from the team's biggest stars. 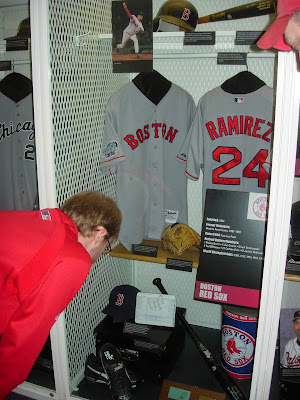 From there, the tour moves on to a room featuring famous items from the World Series. I was fortunate enough to make a return visit in December of 2007, which was great timing because the Red Sox had just won the World Series, so there was an entire display case dedicated to the team and their championship run. 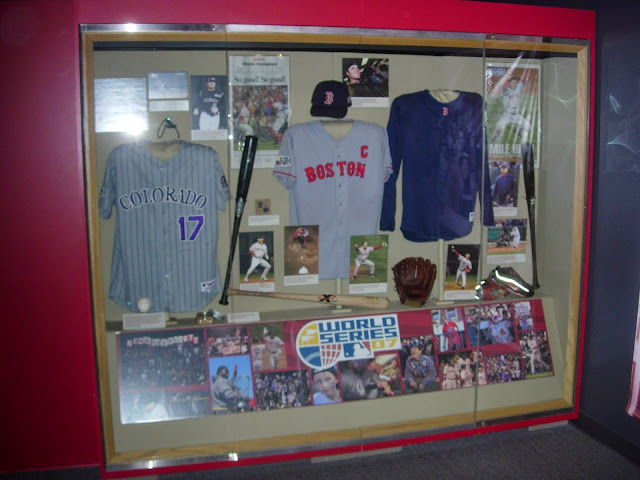 While my Red Sox fan friends and I were staring at this treasure trove, Mrs. Tires came up to us and proclaimed, "You guys, it's so sick. They have some dude's sock, and it has blood stains all over it!" We responded to her disgust by yelling "The bloody sock!" and sprinting to the display she was pointing towards.

The soiled tube sock belonged to Curt Schilling, and the blood was from one of the games he pitched with a torn tendon that had been stitched together just hours before his start. He played despite the bleeding and pitched an amazing game that lead to a crucial win against the Yankees. He'd later pitch on that ankle one more time, throwing spectacularly and helping the Red Sox lift the Curse of the Bambino and win the World Series in 2004.

We became slack-jawed fan boys as we stared at the bloody sock. Mrs. Tires turned away in disgust. 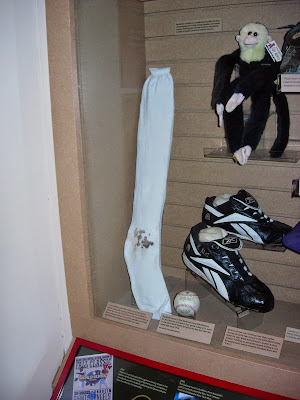 The museum ends in a huge hall that serves as the actual Hall of Fame. It displays plaques for each member inducted into this prestigious institution. Wade Boggs and Ryne Sandberg were my two favorite players growing up, and they were both inducted into the Hall of Fame the year before, which explains my giddiness as I posed next to their plaques. 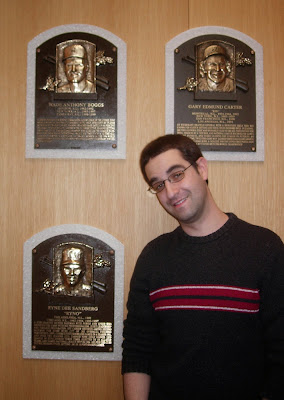 The town of Cooperstown is small but infinitely charming, and it is as representative of the dignity and purity of true Americana as the game of baseball itself.


Niagara Falls is another upstate New York highlight. My friend Chris and I visited this famous waterfall as part of a trip to Cleveland and Toronto. The falls were massive, loud and impressive. We were pressed for time, so we only had about thirty minutes or so to gaze at the falls before it was time to get back on the road. I'd love to visit this natural wonder again and experience it by boat, plane or some other fun mode of transportation. I'd also like to visit the Canada side of the Falls, as it's accompanied by a strip of kitsch akin to Pigeon Forge or Wisconsin Dells. This is based off of a recommendation from Barry and Stef's blog. 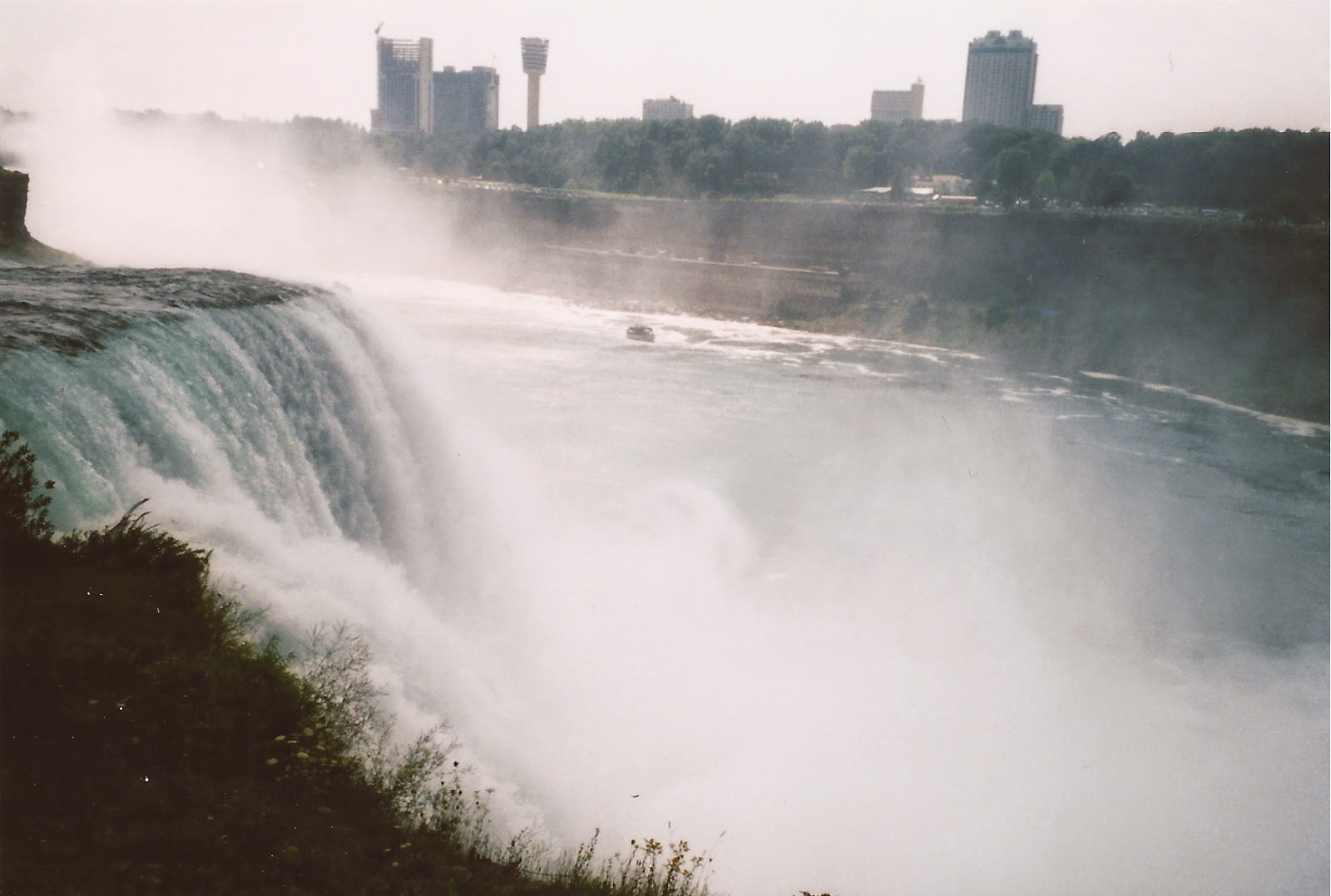 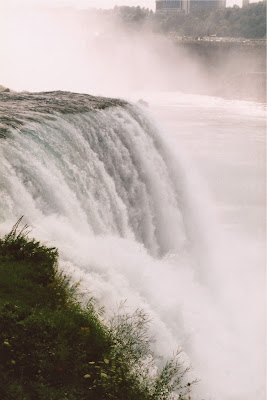 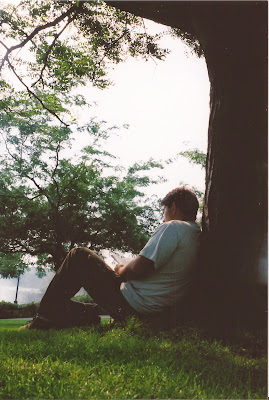 From the glitzy, gritty destinations in New York City to the delightful attractions upstate, there will never be a lack of things to do in New York.

Must See in New York: