I lived in Maine during my adolescent years, residing in Wells, ME for ages two through ten, and then moving to Kennebunk, ME for ages ten through fourteen. Neither town is particularly notable as a travel destination, though Kennebunk was put on the map when George H. W. Bush was elected president and claimed neighboring Kennebunkport as his summer home. I have distinct memories of marveling at the president's motorcade of police cars and limousines as they drove through town while my father cursed the procession for holding up traffic. I also fondly remember fishing for crabs off the docks in Wells and enjoying weekly family dinners featuring lobsters bought fresh off the boat.


Road trip-wise, my exploration of Maine came in the form of a day trip to Acadia National Park in Bar Harbor in the summer of 2000. Acadia is a true gem and a quintessential part of the New England experience. This region of the country is full of thick forests and pristine lakes, and Acadia puts these all on display. When my friend Cein and I arrived there, we set out on a hike through these forests to get to a good vantage point and take in the entire park. 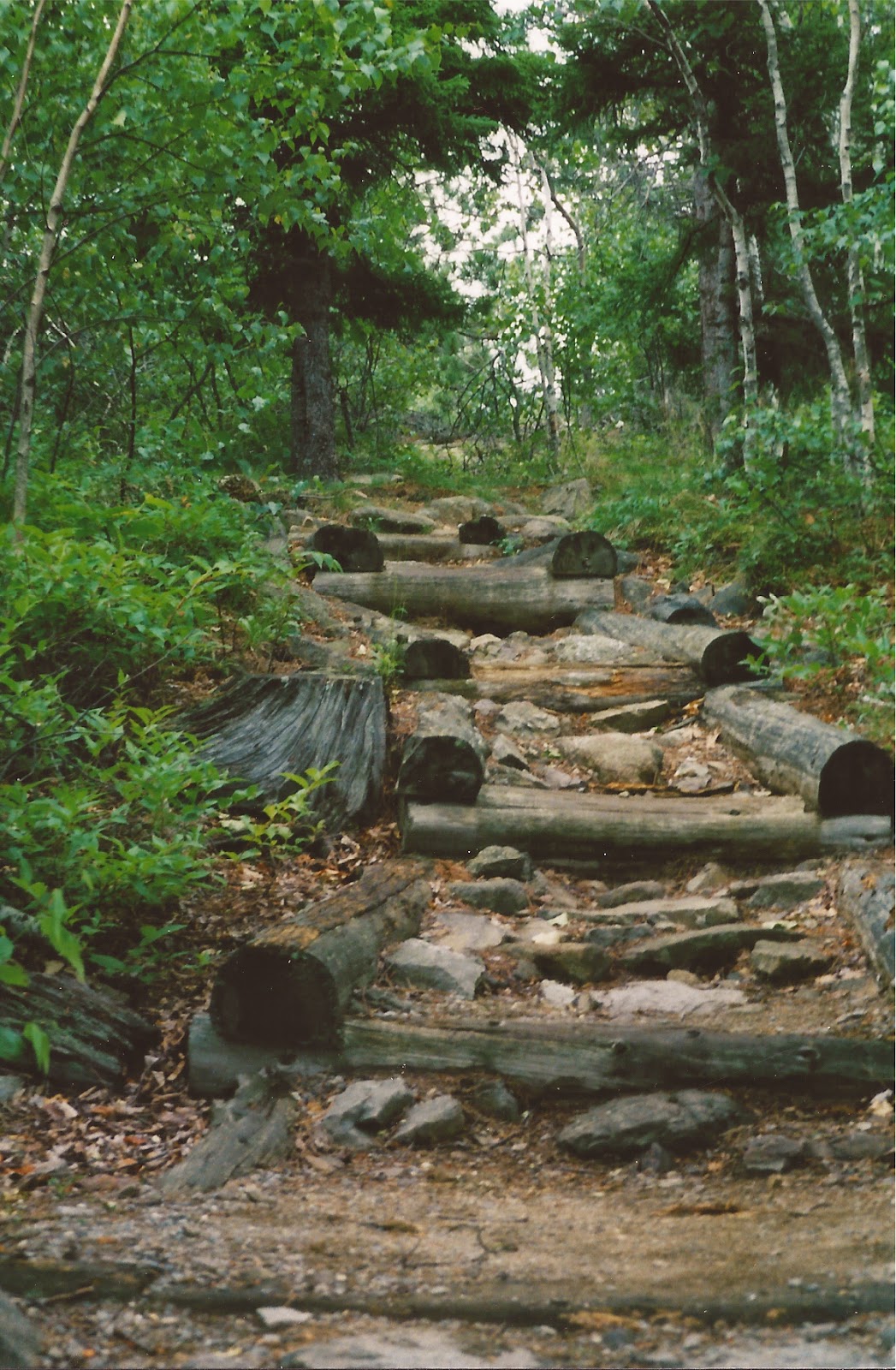 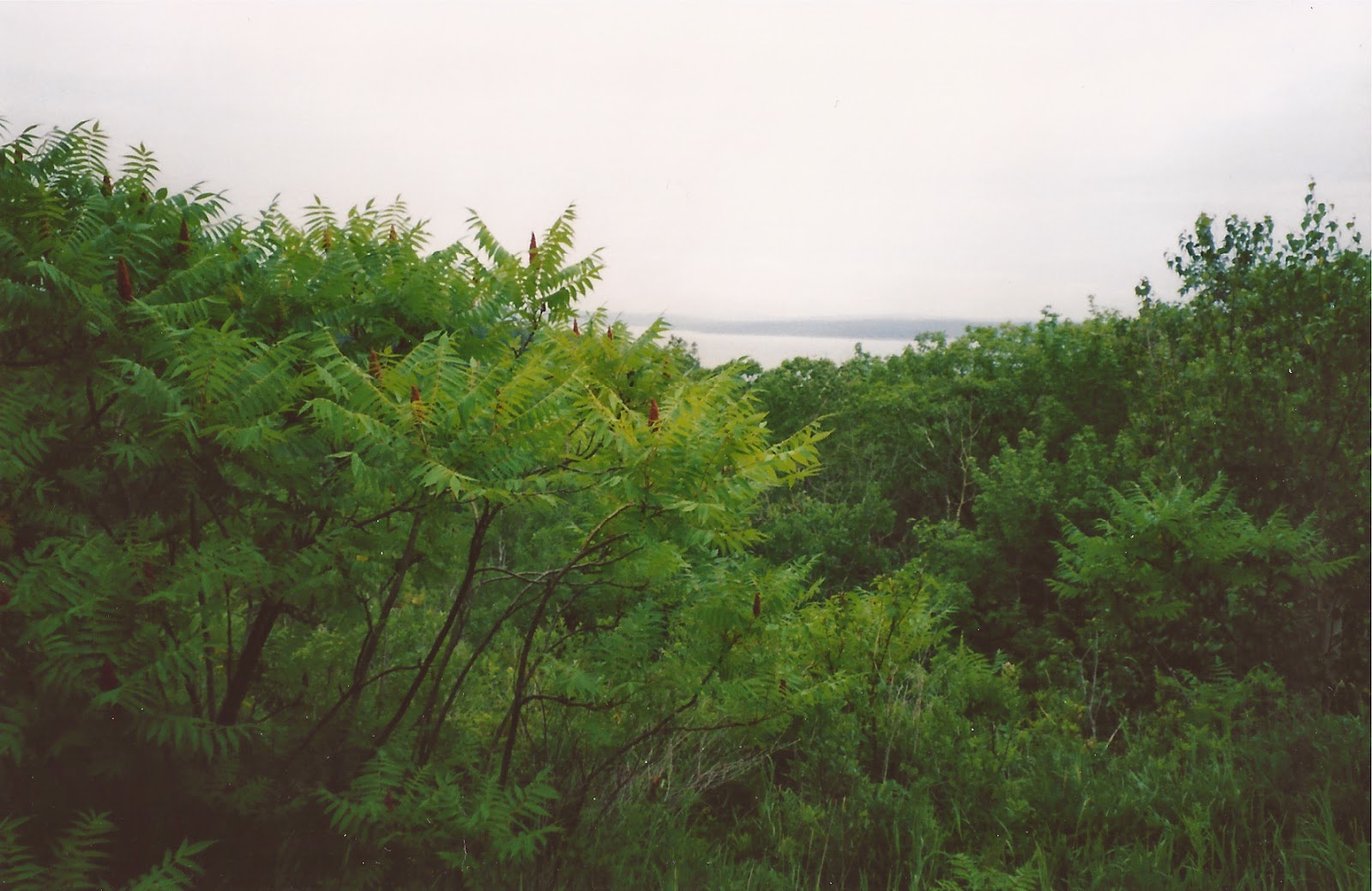 My most distinct memory from that trip is of staring out at the lake in the center of Acadia. The smooth surface of the lake is interrupted by giant rock formations that poke out of the water and raise twenty to thirty feet in the air. That day, a cloud had made its way down to lake level and settled on the surface. Where one would normally see reflective water, there was now a cotton-like cloud that broke only when it gave way to the rock formations. This made for a truly majestic scene. I snapped the shot below at that moment, though the scanned-in photo really doesn't do it justice. 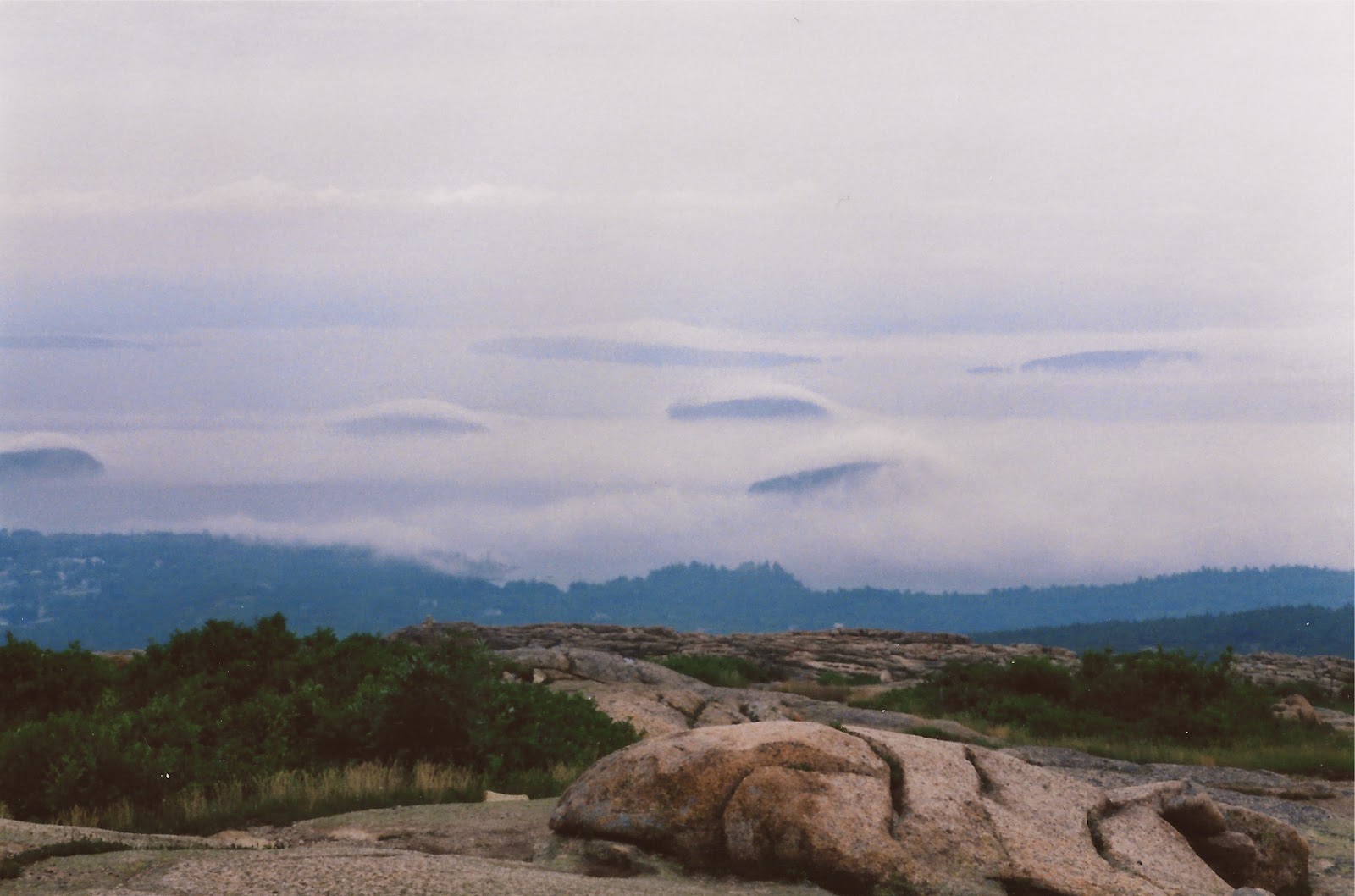 After our hike, we headed into the town of Bar Harbor, which is a comfortable, touristy town full of brick-lined sidewalks and wooden decor. We had lobster rolls for dinner - the best I had ever tasted.


I hope to return to Acadia one day and do a more thorough exploration, and I highly recommend it as a destination if you're cruising around Maine.
Posted by Unknown at 8:50 PM