While St. Louis is a do-able jaunt from Chicago (see Missouri, Part 1), Kansas City takes a bit more effort. It’s on the opposite side of the state and a good 7+ hour drive from Chicago. My close friend and baseball road trip buddy Matt and I went to Kansas City to see Kauffman Stadium in August of 2013. We decided our best option would be to ht the road right after work. A 5:00 PM getaway would put us into KC at about 2:00 AM. No problem! Well, actually, every problem. Every conceivable delay hit us on our way out. We were late meeting up, hit traffic while heading out of Chicago, took a couple of wrong turns, stopped at the world’s slowest Burger King, hit construction and rain, you name it. Once we hit Route 35 in Des Moines, Iowa at about 2:15 AM, we thought the worst would be behind us, as it's a straight shot south from Des Moines to Kansas City. That's when we learned the entire highway was closed. Yup. Just plain old closed. The whole way. We had to take state roads, which is usually fine with me, but not at 2:15 AM in the middle of the prairie. It was a long and harrowing drive that got us into our airbnb at about 5:30 AM. 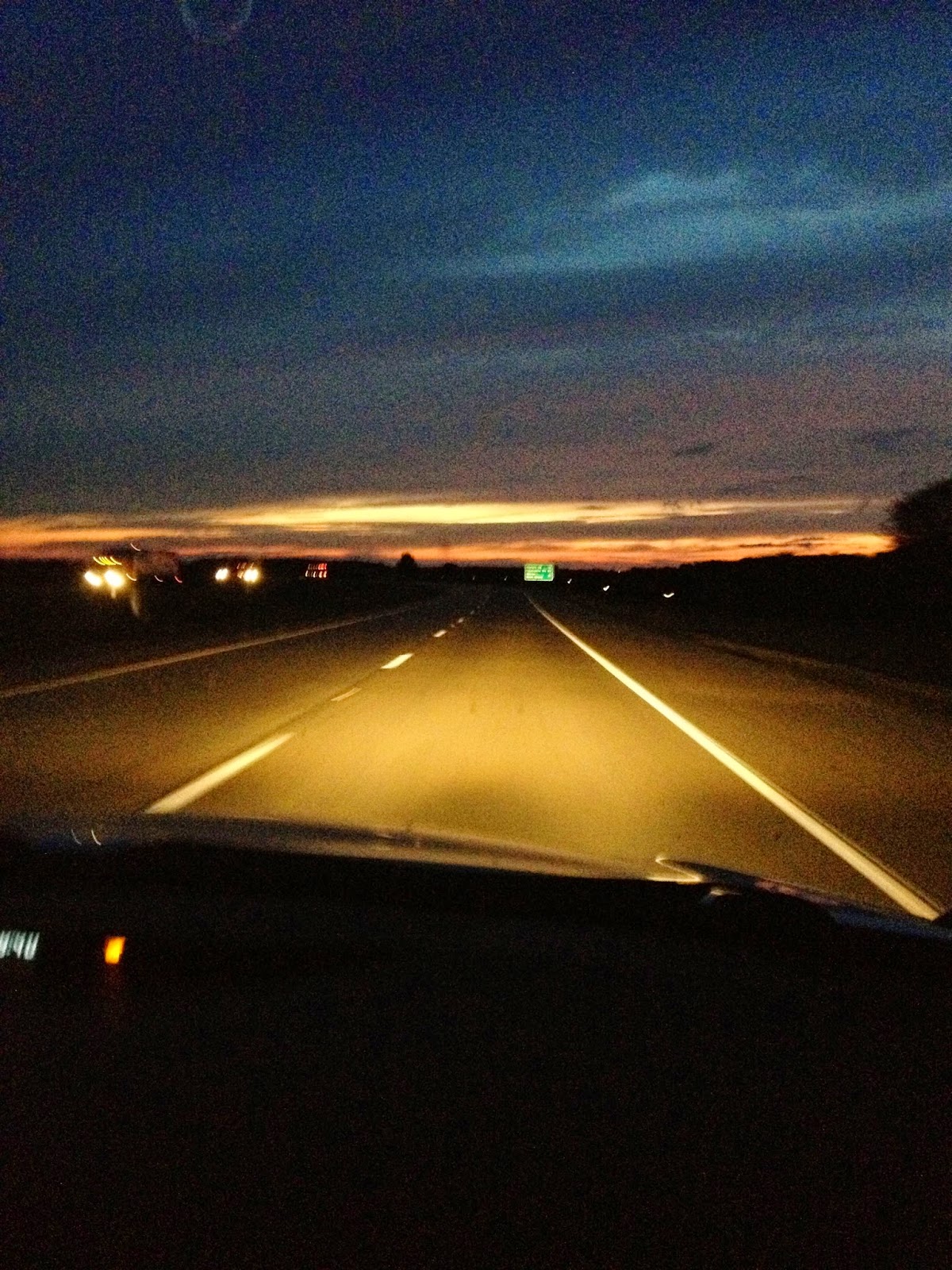 The one highlight of the ride out was an epic stop at the Kum and Go gas station, where Matt, a vegan, went ballistic on the junk food. Part of his haul was a collection of fan-created Lays potato chips. They took some of the sting out of an otherwise very rough ride. 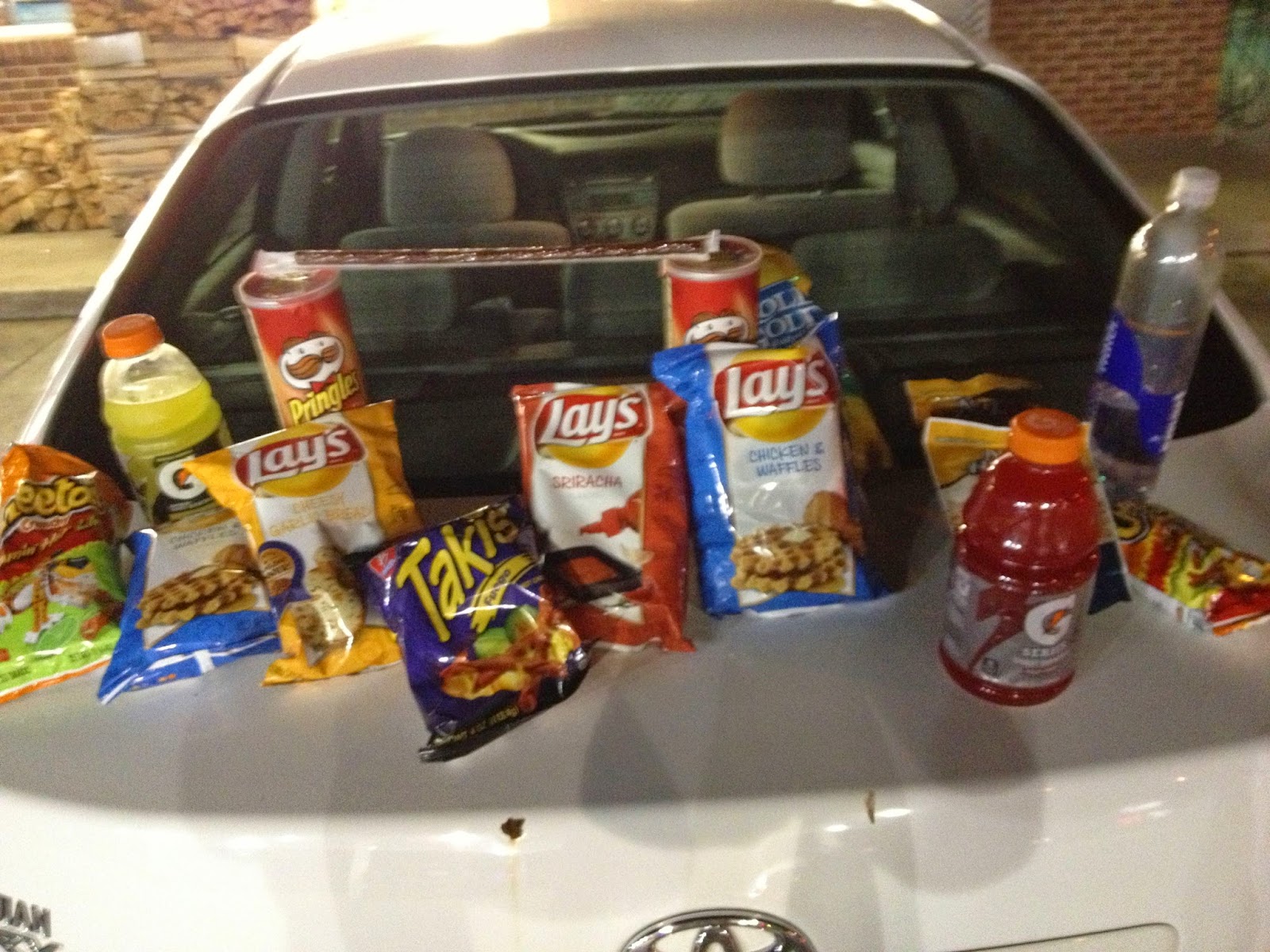 We got a full view of our swanky airbnb the next morning. After some much needed rest, we went out to explore the city for a bit. The first thing we saw was a fountain. In total we saw 314,978 fountains. Ok, that might be a bit of an exaggeration but you can definitely say they overdid it on the fountains. After fountain-hopping, we ended up in the neighborhood of Westport, a fun area where we poked around some thrift shops and bars and marveled at the vibrant neighborhood decorations. 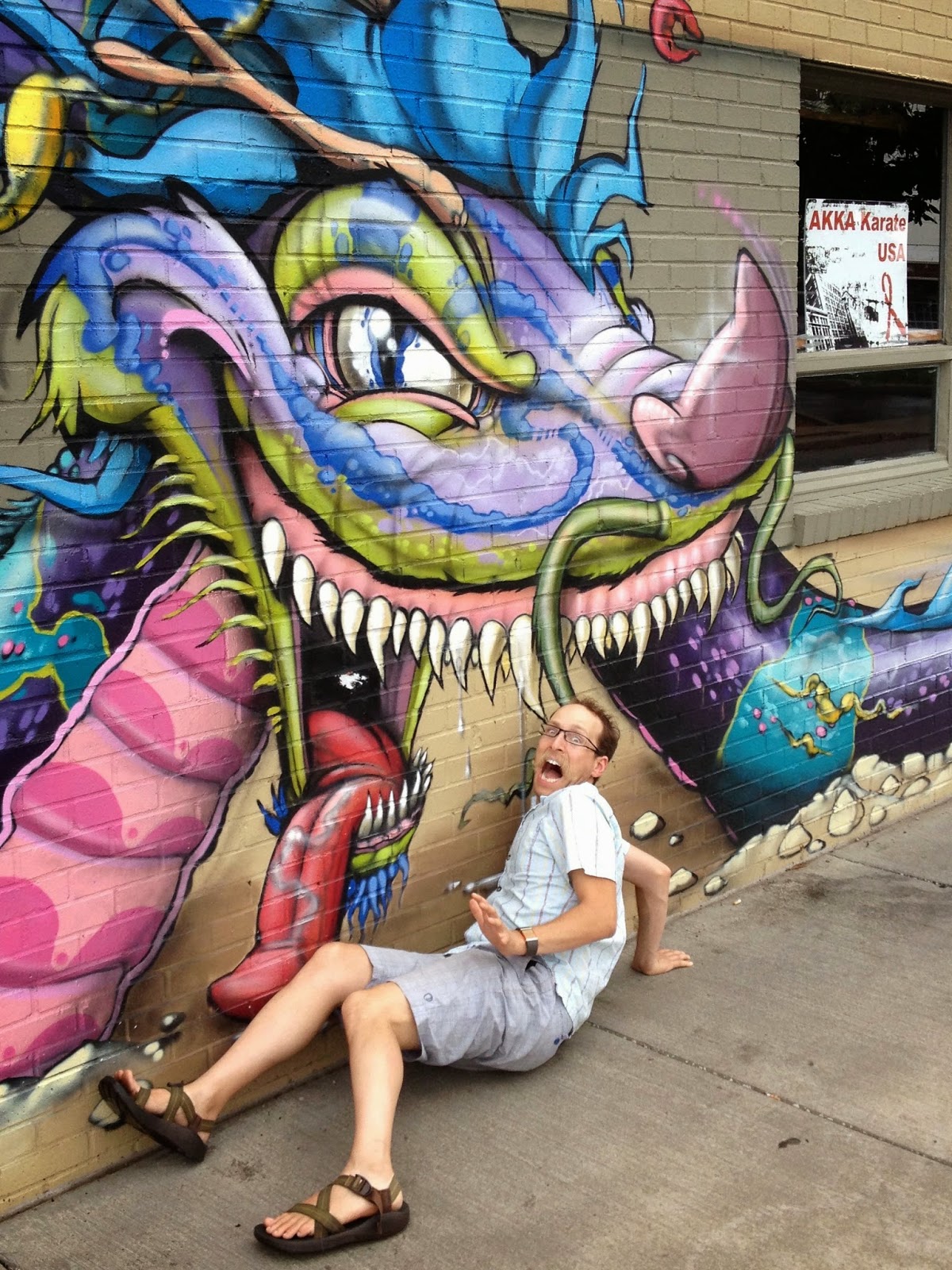 Eventually it was time to head out to the stadium for the first of two nights of games between the Kansas City Royals and the Boston Red Sox. One must drive to this stadium as it’s fairly far away from the city. That’s about the only negative thing I can say about Kauffman Stadium. Everything else is top notch! It’s actually the 5th oldest stadium in existence right now, but renovations in 2006 revived the stadium and made it a late but sterling addition to the stable of neoclassical stadiums. (Neoclassical is roughly defined as a stadium paying homage to baseball’s past charm while still offering modern amenities and features). 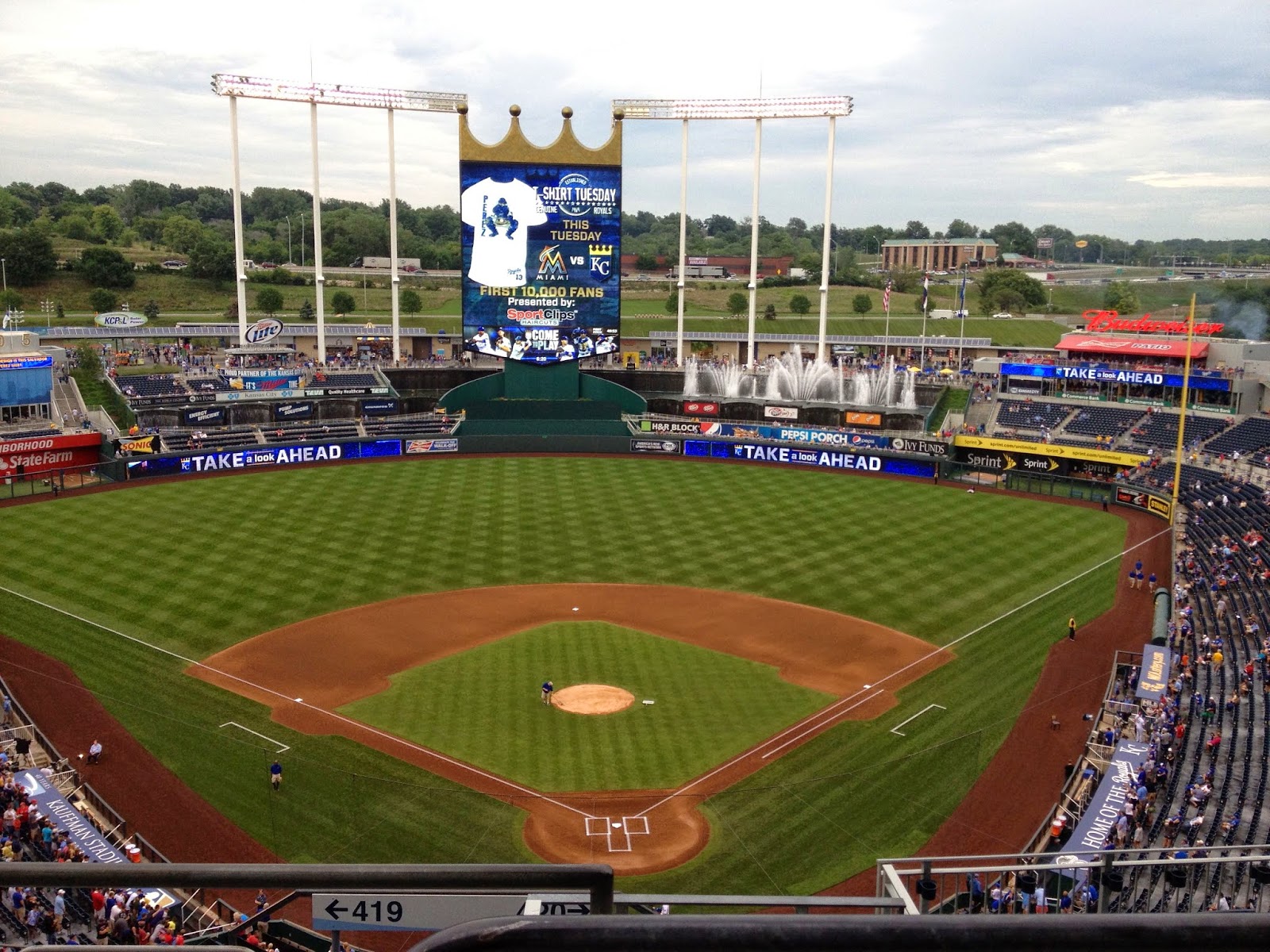 The large crowned scoreboad is iconic, and looks great with the new HD screen. Patrons can walk anywhere in the stadium, which gives you access to attractions like the fountains in right field, the bar in left center, and the Royals Hall of Fame in far left field. The HOF is small but cool, mixing traditional memorabilia with exhibits like every promotional bubblehead they’ve ever given out and a computer sim that allows you to create your own baseball stadium. 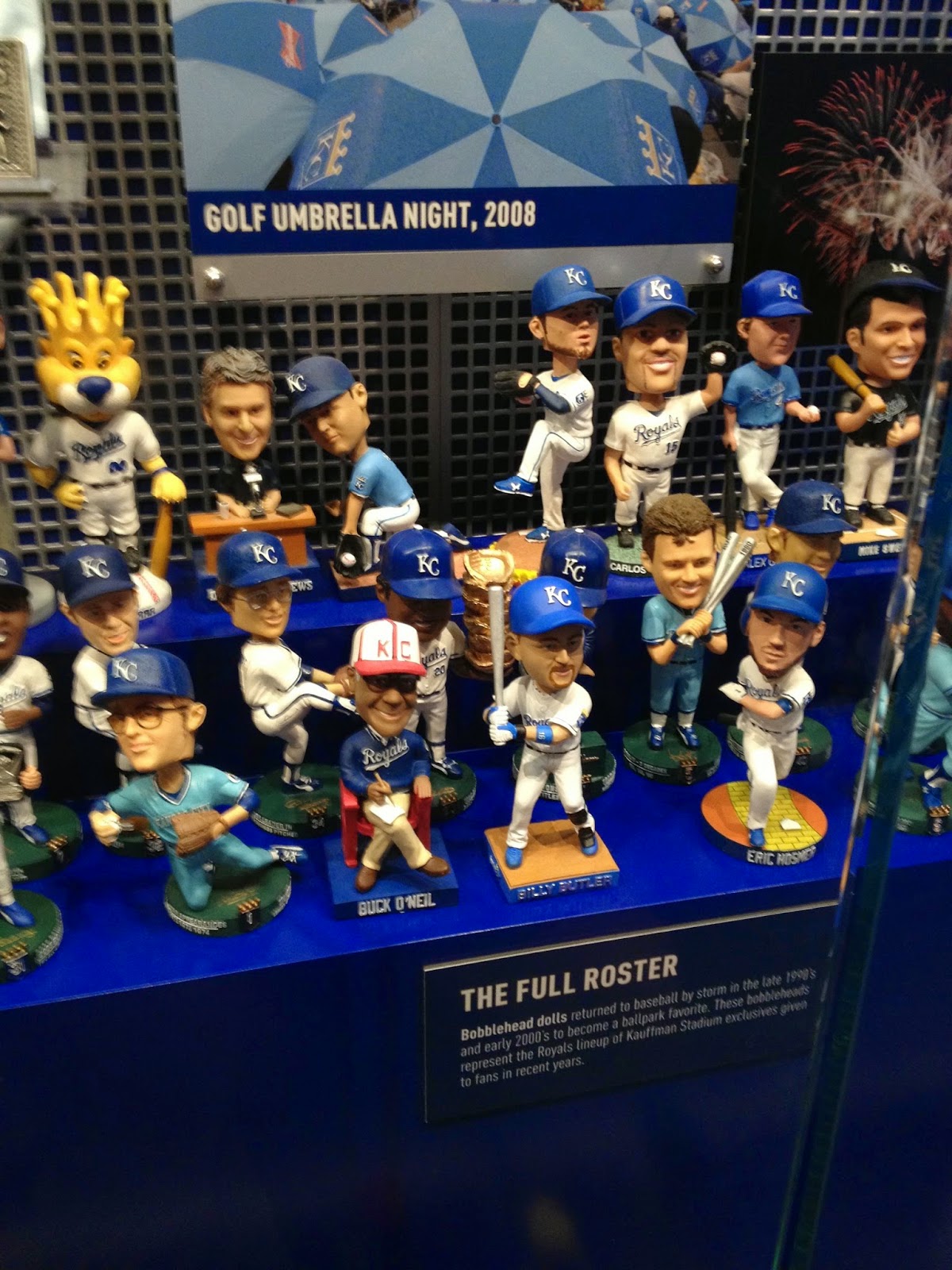 The stadium has many charms, but my favorite part was the enjoyment of what is, in my opinion, the best ballpark food in all of baseball: the Pulled Pork Mac N’ Jack Sausage. This spicy sausage is covered with pulled pork, mac and cheese, bacon and chives, and fits in perfectly and deliciously with the bun, which somehow held together as I devoured it. A trip to the ballpark is worth it for this meal alone. In fact, I was going to try something else during night two, but ended up going right back to the Mac N’Jack. 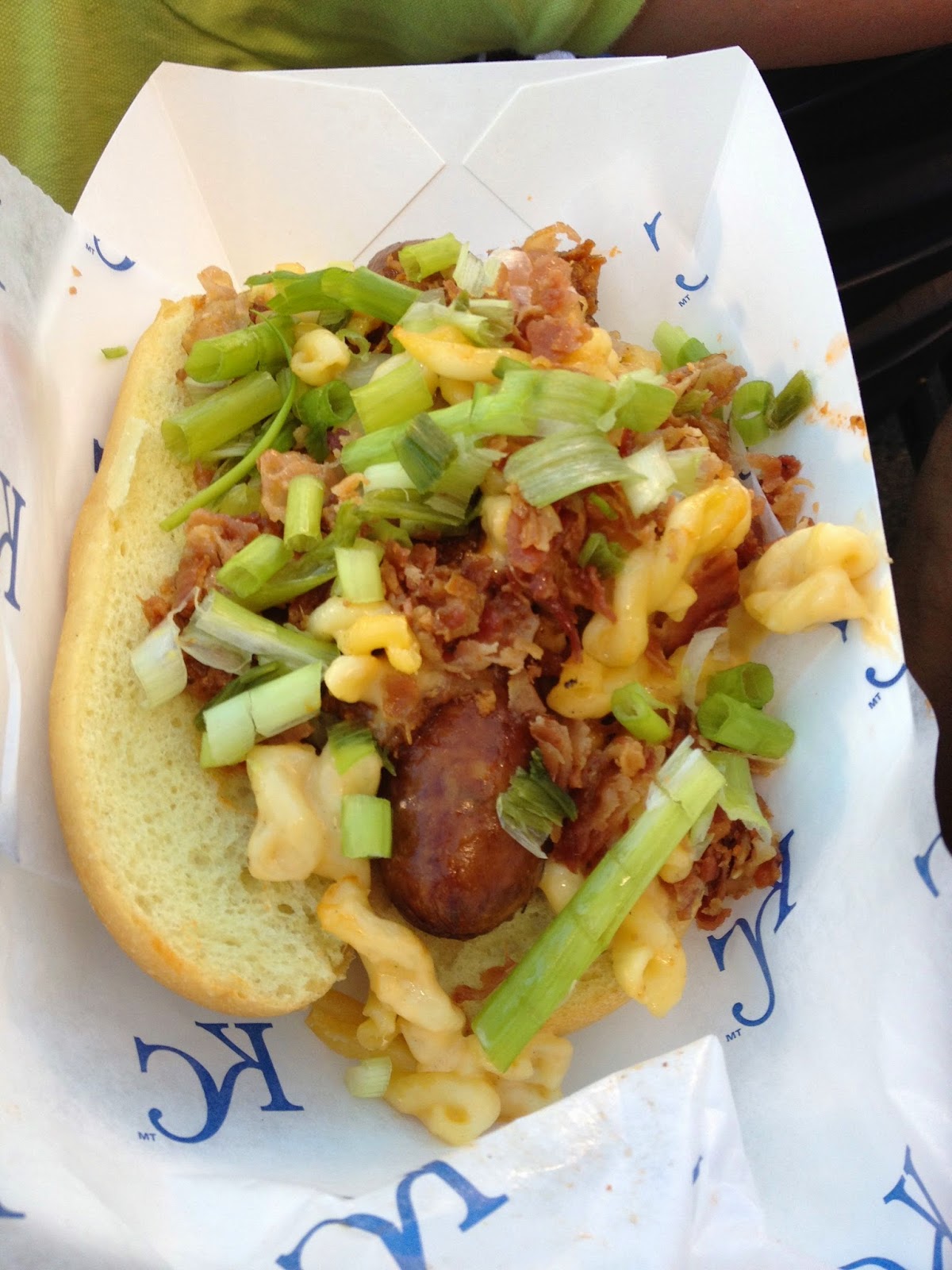 I’m sorry to report the Red Sox lost that night to a promising and budding Royals team. This sorrow was quickly erased by a marvelous fireworks show after the game 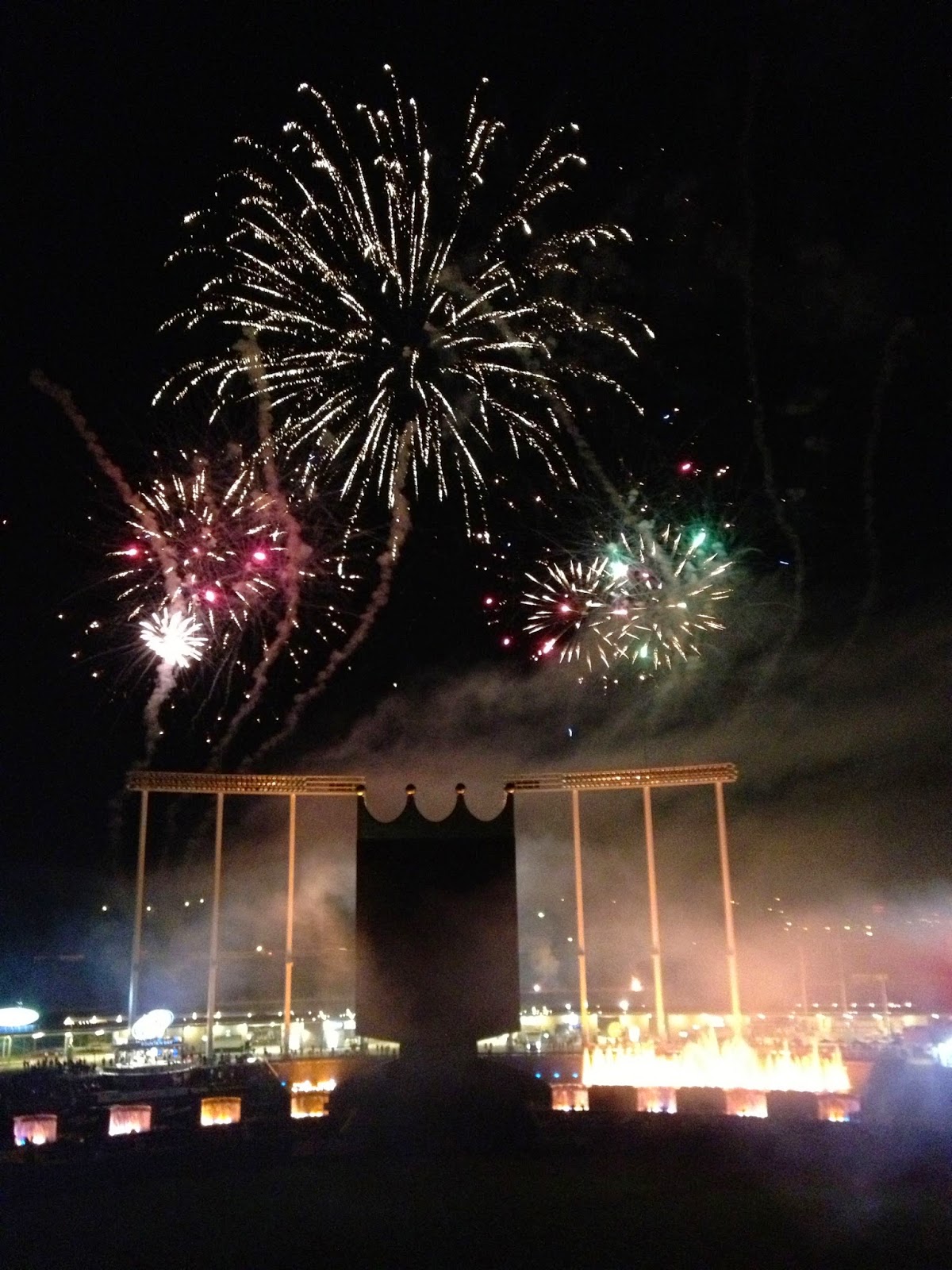 While in KC, one must sample the BBQ. KC’s best BBQ is in a gas station. Yup. It is fully adjoined to a gas station. It’s called Oklahoma Joe's and if the gas station bit scares you off, the other thing you need to know is that people wait in line for hours for this food. We waited for an hour and a half, but had a lovely chat with some Royals fans in line, which made all the difference. I got the Z-Man sandwich and my vegan friend ordered the burnt ends (to Matt’s credit, he knows when to break his vegan promises, and this was one of those times).

Worth breaking veganism, sure, but is it worth the wait? Well, generally I don’t think any kind of food is ever worth that kind of wait, but I will say that I’d do it again.

Note: As of November 2014, this place is now known as Joe's Kansas City Bar-B-Que

We had one more stop on our agenda for the weekend, one that should be a stop for all baseball fans. The Negro League Baseball Museum takes a modern and engaging look at the Negro Leagues. It was here that I learned about the concept of a clown team. Clown teams were a real (though small) part of the Negro Leagues. Picture the Harlem Globetrotters, but for baseball. One team, the Ethiopian Clowns, even made it to the big league version of the Negro Leagues. You can see me sporting the Clowns’ cap below. Unfortunately the museum does not allow photography. Of course I had to sneak one shot! 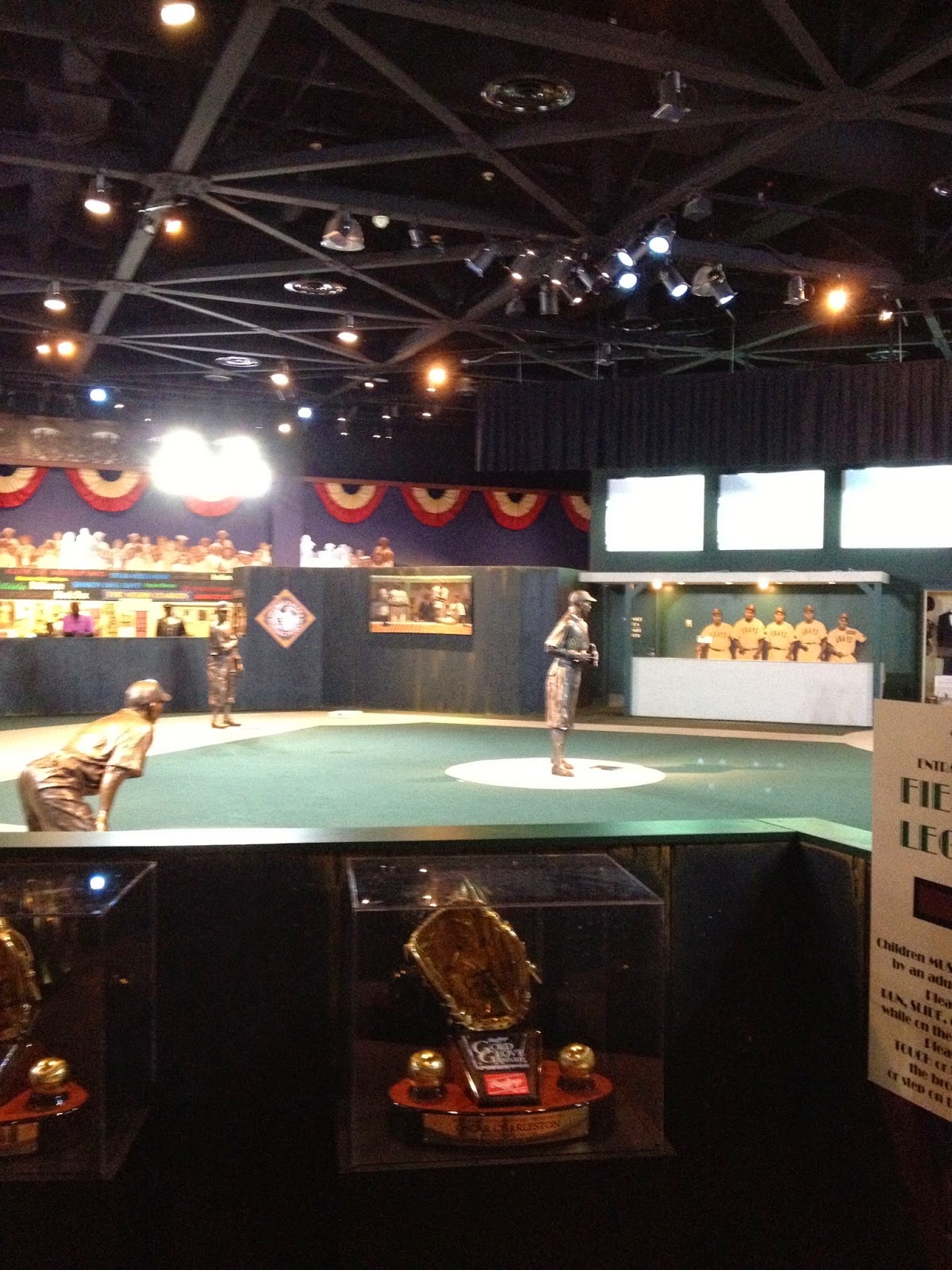 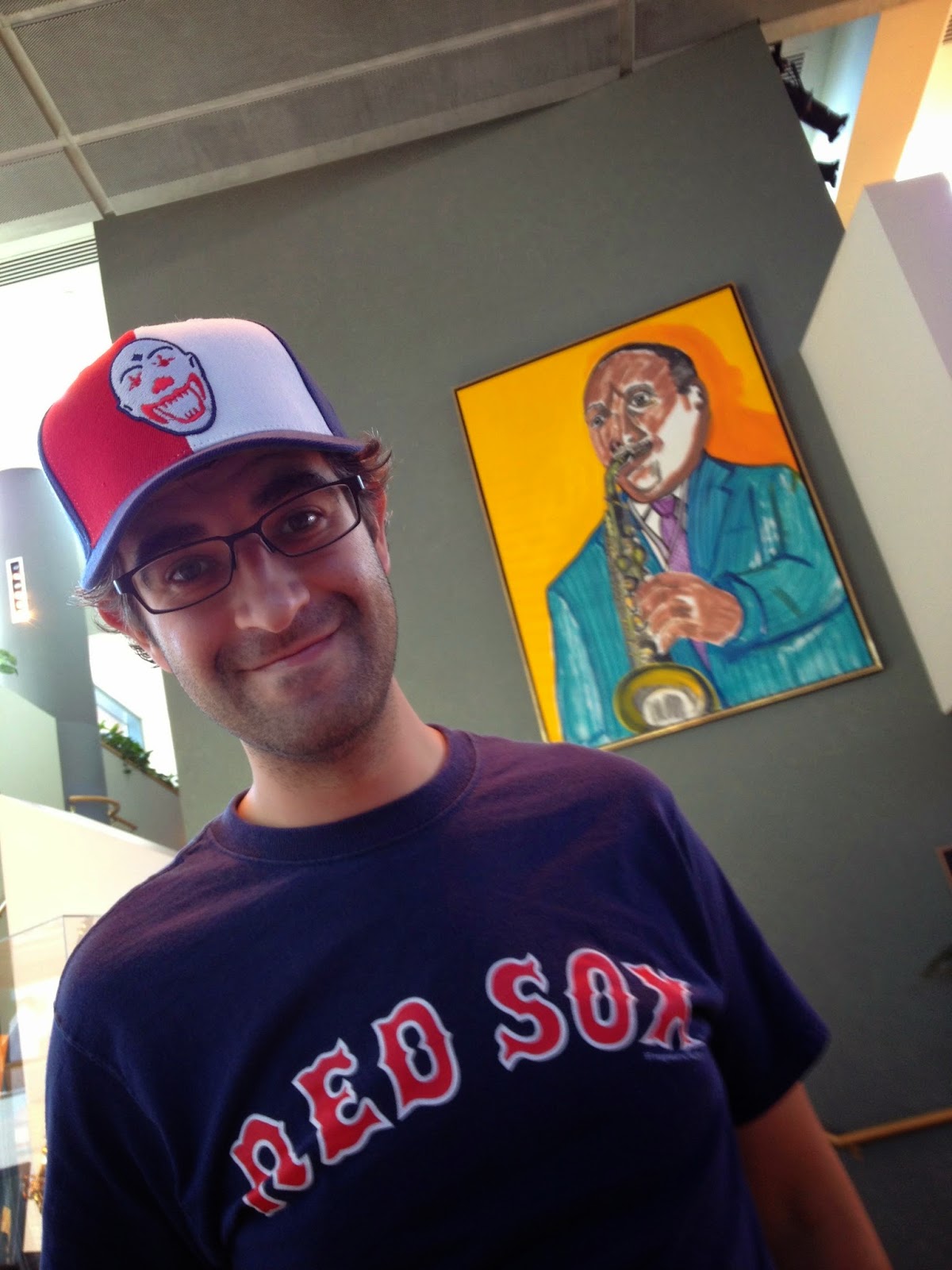 The ride home was quiet and peaceful. We were quite tired from the whirlwind weekend, but they had reopened route 35 and the trip was smooth. We passed the time doing what you do on the return from a baseball road trip: listening to baseball on the radio.

Must See in Missouri:
Check it out:
Skip it:
The "Next Time" list:
For more, check out #kauffmanorbust on twitter or Missouri, Part 1