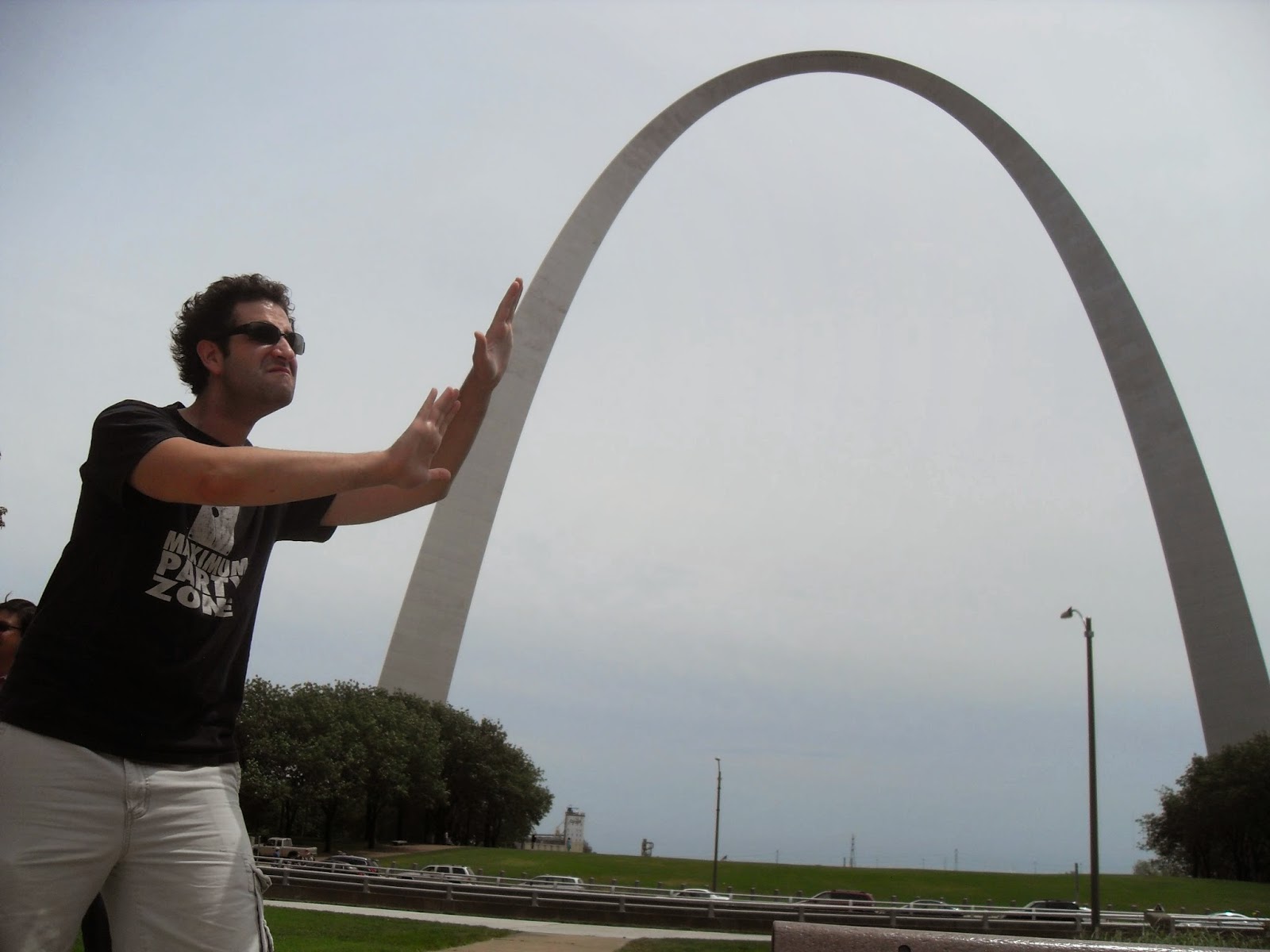 Missouri is both within driving distance of Chicago and rather rich in the baseball stadium department, so I've made a few trips to this state to check out its main hubs, St. Louis and Kansas City. This post will cover my first trip to St. Louis, and my follow up visit a few years later. Kansas City will be covered in Part 2 later this week.


My first trip to St. Louis was a quick trip with my best friend and then roommate Jon. I was taking a staycation in the summer of 2005 (just months before meeting Mrs. Tires) and convinced Jon take consecutive half-days off so we could leave at noon on Monday and return home at noon on Tuesday. What to do in that 24 hour timespan? Drive four and a half hours to St. Louis, catch a Cardinals game, hit the town, crash out, wake up and drive back, of course. 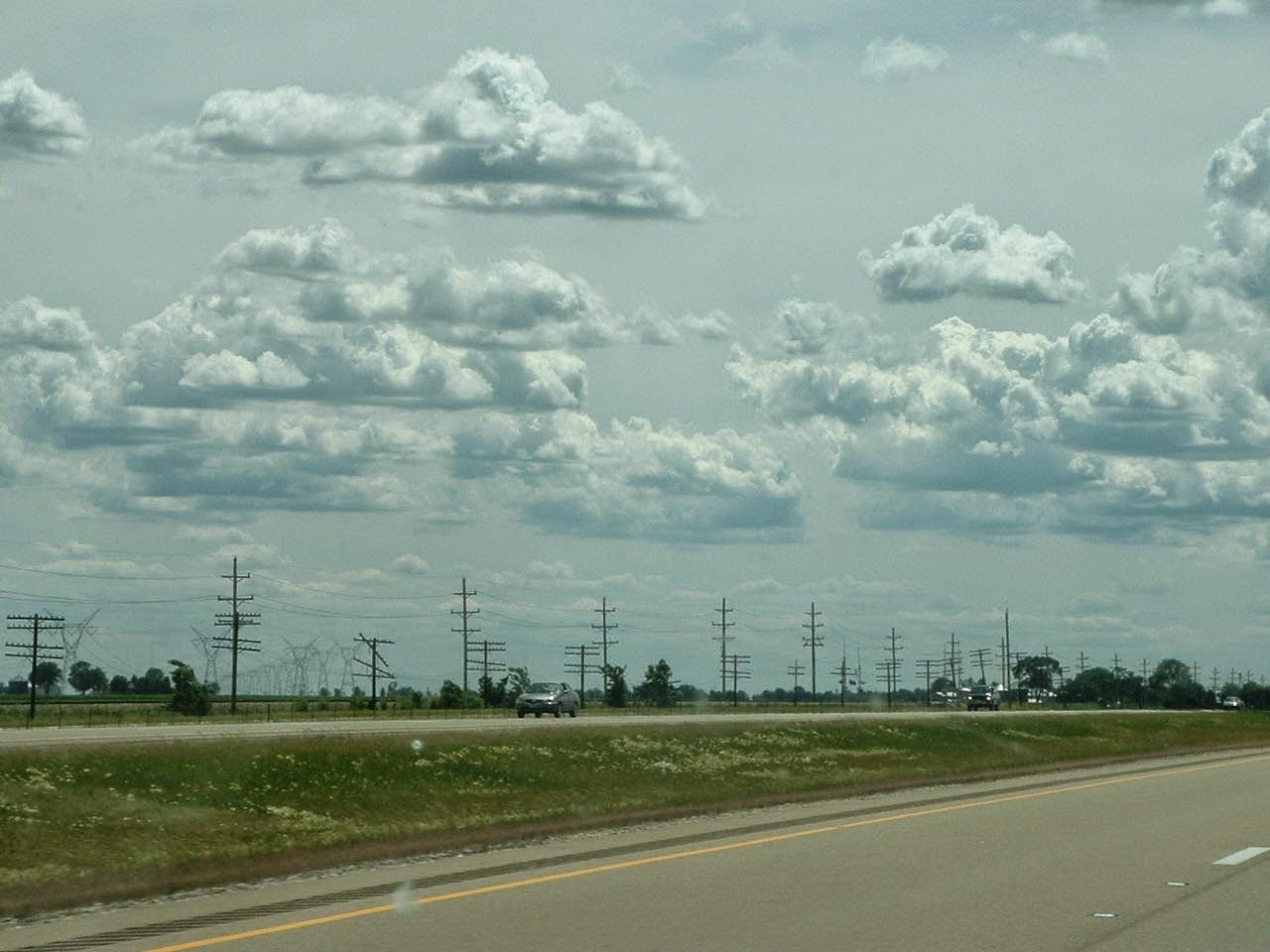 The ride out was smooth, but did involve an incident stemming from our first ever trip to White Castle. Having seen the movie Harold and Kumar go to White Castle, we decided to pull the trigger on a chance drive-by somewhere in central Illinois. If you haven’t had the “pleasure” of going to White Castle, the main dish is a mini-burger called a slider. Traditionally one purchases a cardboard box full of sliders called a crave case. We purchase said crave case and get back on the road. 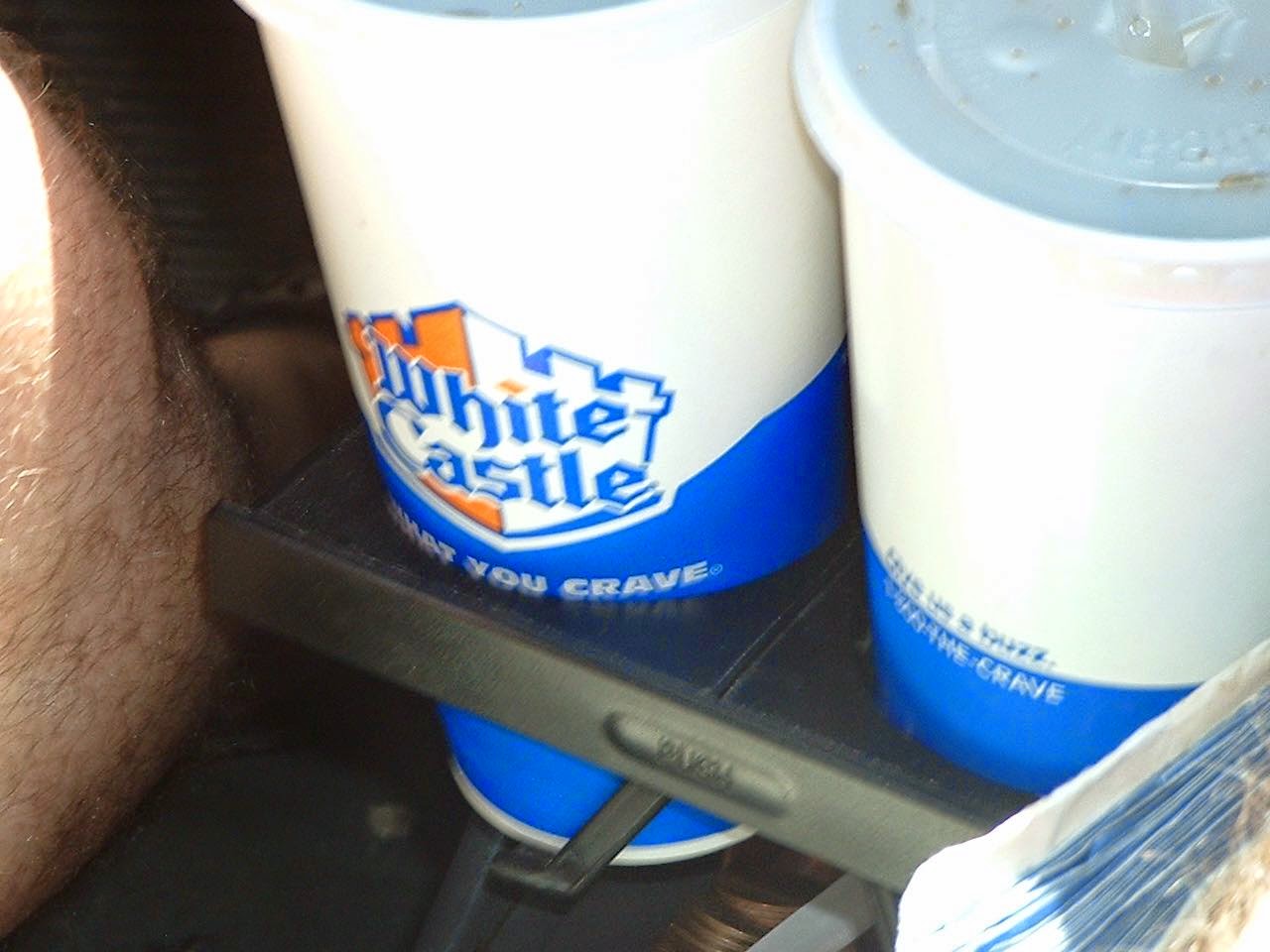 Slider #1 goes down smoothly. The diminutive size of the burger is great to satisfy our nagging hunger. The bread is sweet and the flat beef patty seems like a good choice. We like them.

Half way through slider #2 the burgers' flaws begin to show. The bread is actually a bit too big and chewy, and yet it’s also oddly slimy. The beef patty reveals its mealy makeup. Maybe this was a bad idea. We forge on.

Slider #3 is our last. The meat is really sick, and the gooey cheese has become solid reformed cheese mush. Our stomachs churn. The crave. Is over.

For me it was the last I'd see of a meal at White Castle. Jon would see it one more time. The contents made their rude reemergence during a pre-dawn yack when we left St. Louis the next day.

We cruised through the rest of Illinois and navigated St. Louis’ many looping highways to get to Busch Stadium II by game time. We proudly sported our Red Sox hats as we entered the stadium, an unpopular stance at Busch that day. Not coincidentally, the Red Sox were the visiting team. This was the reason we made the mad dash to St. Louis in the first place, we're both life-long Red Sox fans. It was the first rematch since the Red Sox squashed St. Louis in the World Series the year before. We met up with Jon’s childhood friend Andy during the game, along with a few of Andy's friends, most of them Red Sox fans or at least Red Sox fan converts.

My love of baseball stadiums was still in development at that time, so I did not do a detailed exploration of the ballpark. I liked our standing room seats ok, but did not enjoy the 7-1 trouncing the Cardinals put on the Red Sox, as if avenging the previous year’s loss. 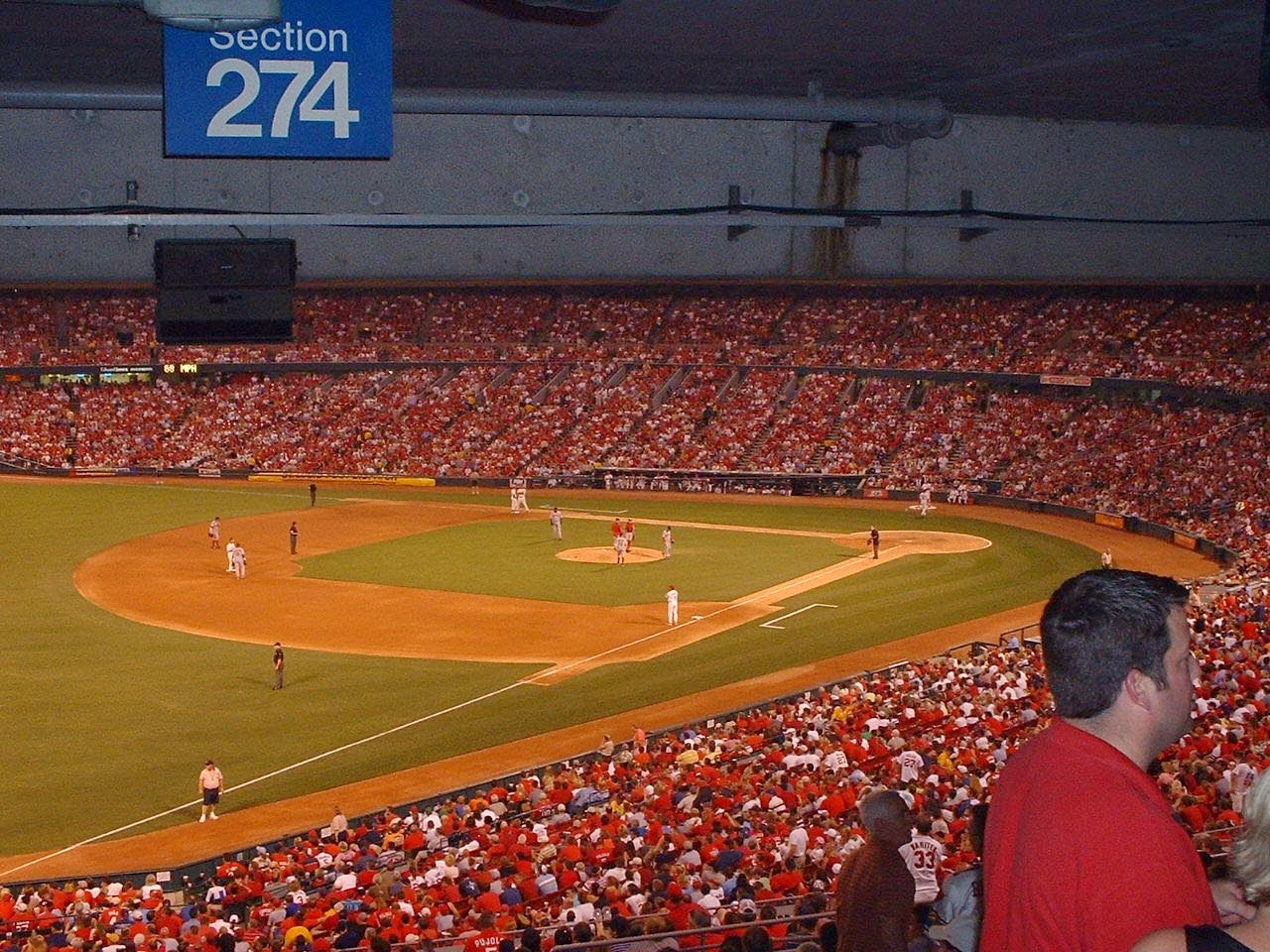 After the game we followed Andy’s friends to pirate night at a local bar. That involved some rum drinks and not much else pirate-related. Regardless, we had a great night full of laughs before retiring to a couple of random couches at one of Andy's friends' places. Whoever you are, thanks for the crash, and please contact me so I can give you proper due!

Other than the aforementioned reemergence of Jon's White Castle, we made it back to Chicago without incident...though Jon was a bit late getting into work. Whoops!

I gave St. Louis a more thorough exploration in the summer of 2010. My wife Leanne (known in this blog as Mrs. Tires) and I spent a long weekend there to see the sights and learn about our midwestern neighbor. There’s actually a bit of a rivalry between St. Louis and Chicago, and it goes far beyond Cardinals vs. Cubs. A great industry and shipping battle waged on during the earlier days between St. Louis, “the gateway to the west” and Chicago and its railroad and lakeside hubs. St. Louis lost.

We stayed in the Hotel Indigo. It was a stylish and affordable hotel, though Mrs. Tires will never forgive them for denying us our multiple requests to replace the missing TV remote. 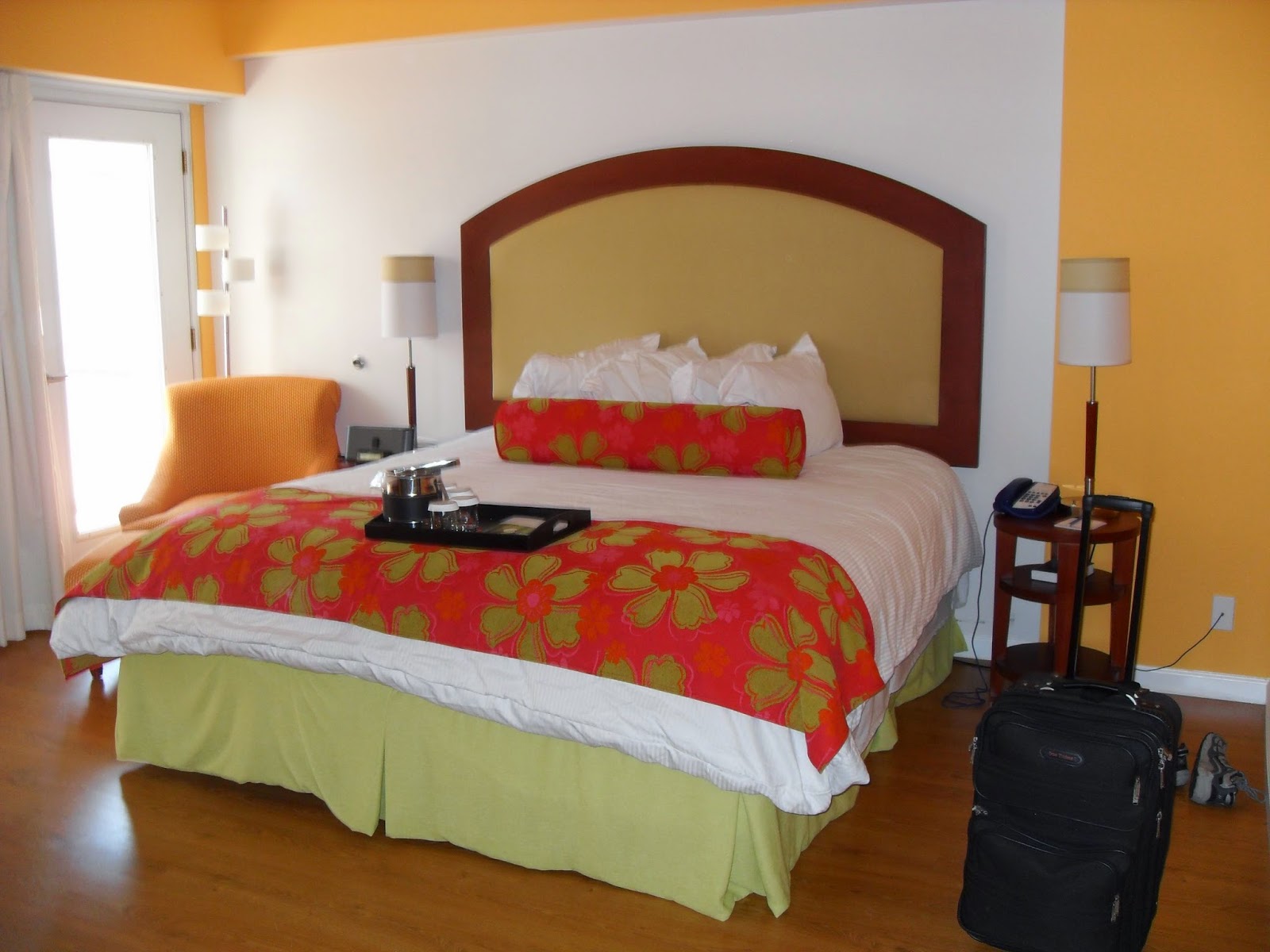 Our first stop in St. Louis was the City Museum. The title is a total misnomer. It's actually one third art project, one third playground for all ages and one third oddities showcase. This amounts to lots of huge, odd structures that all are free to climb on, up, through and around, plus artifacts, odd statues, a ten story-high slide and a glowing ferris wheel on the roof. 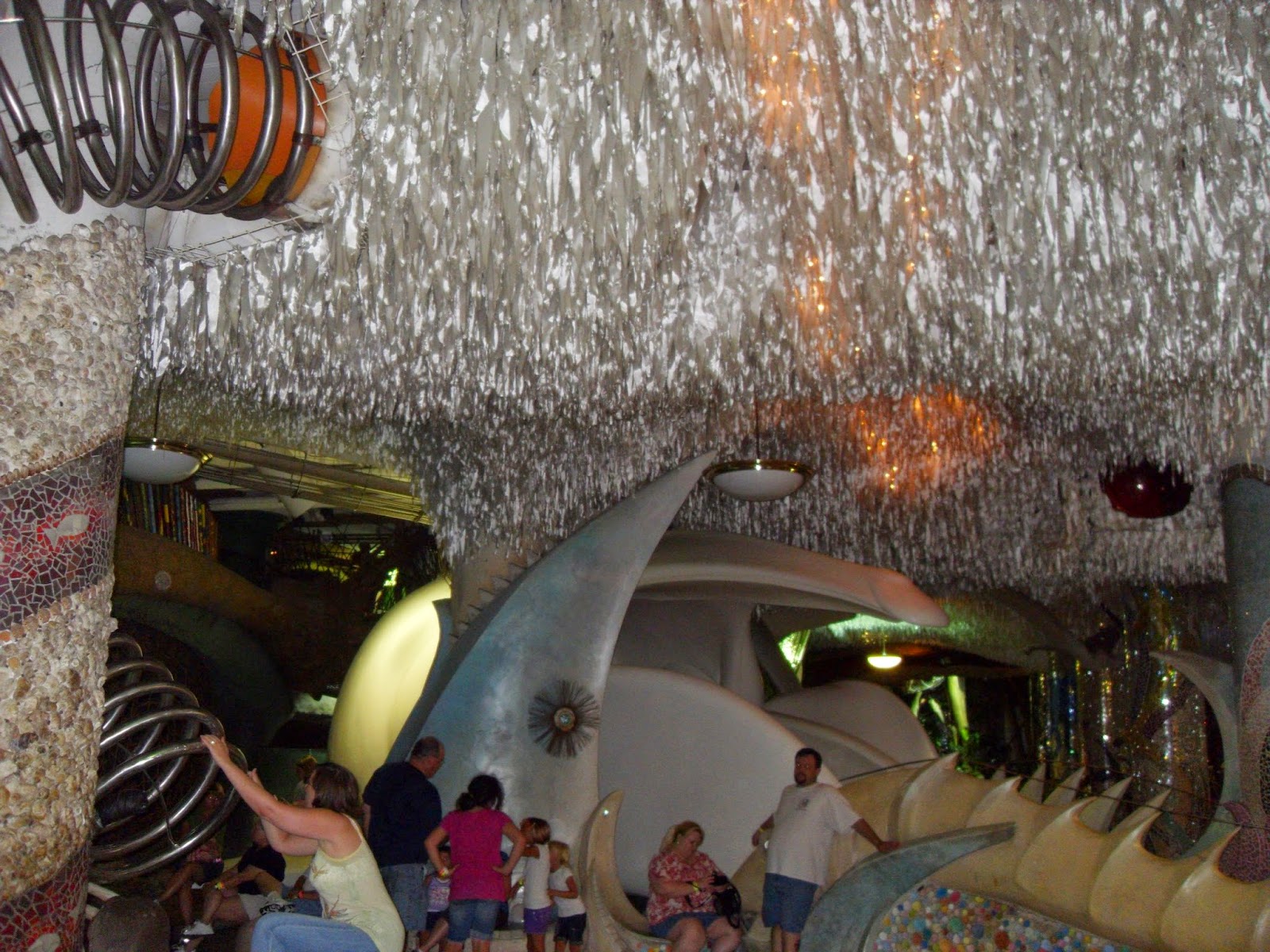 It was truly one of the most entertaining experiences ever, and a treasure of a place. I would jump at the chance to go again. Those of you questioning its appeal for adults, know that there’s a bar on premises stocked with Schlafly, a local craft beer. I’d recommend the museum to people of all ages, though I had a bumpy ride on the 10 story slide and recommend you leave that one for the kids. 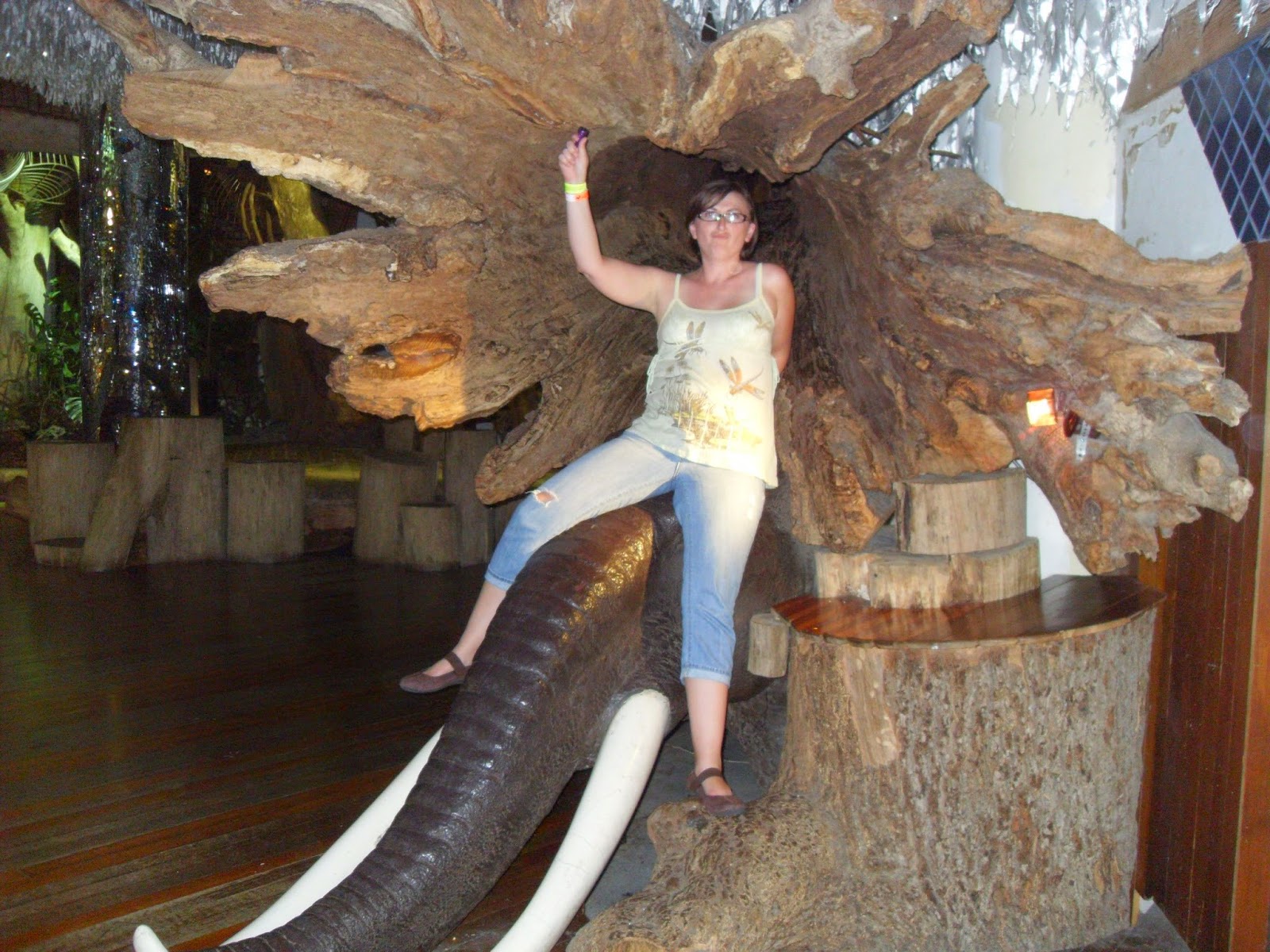 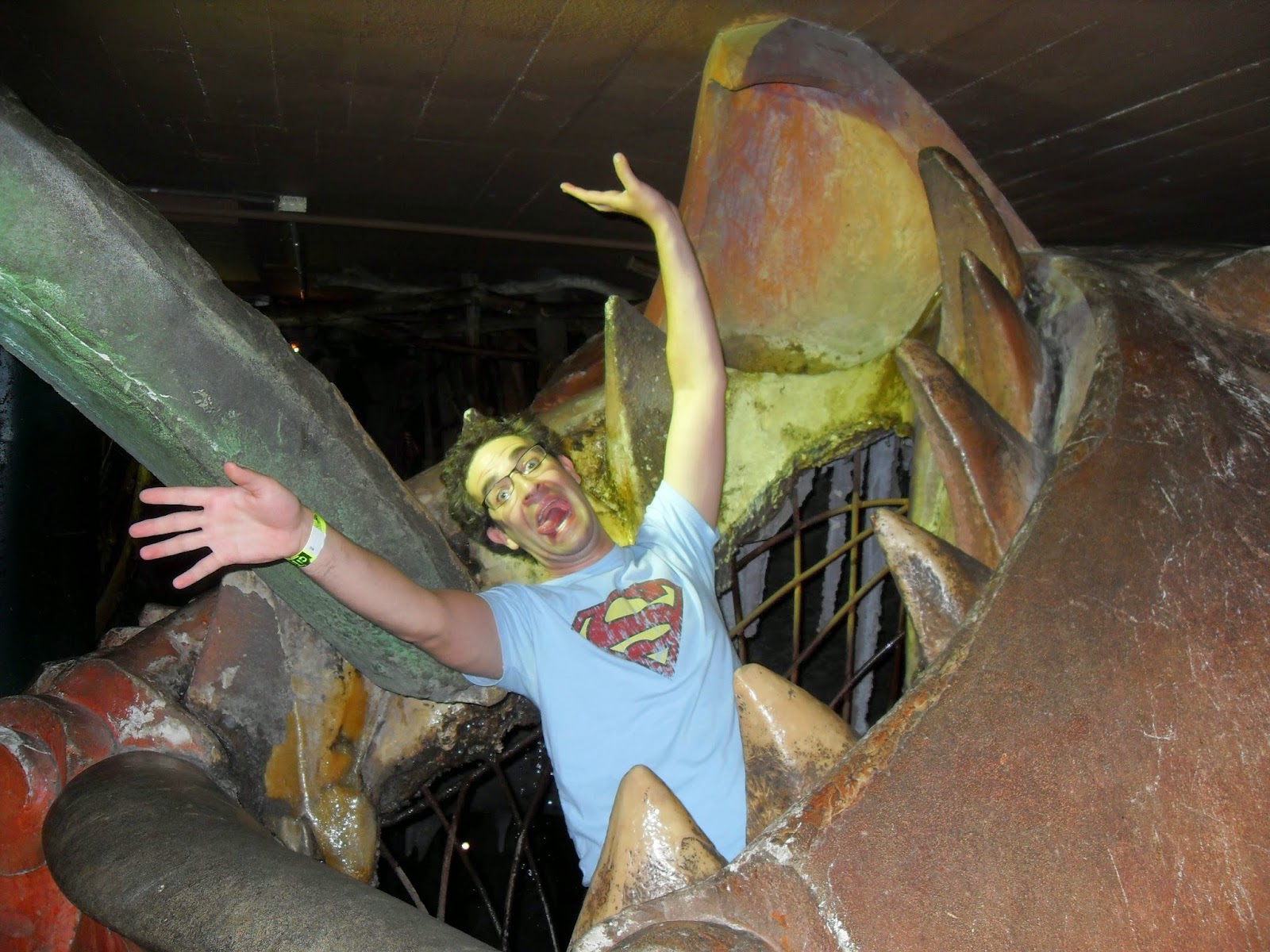 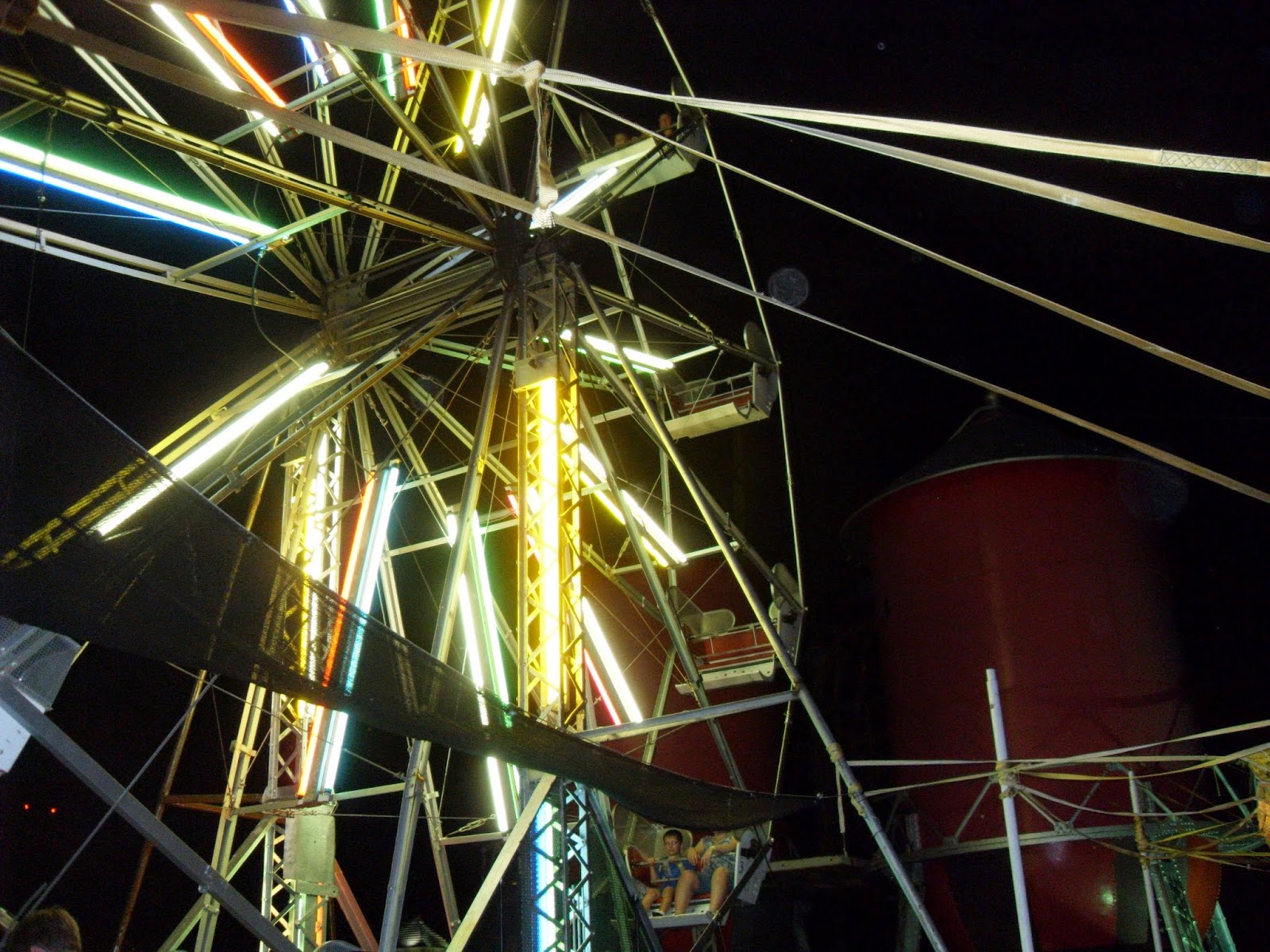 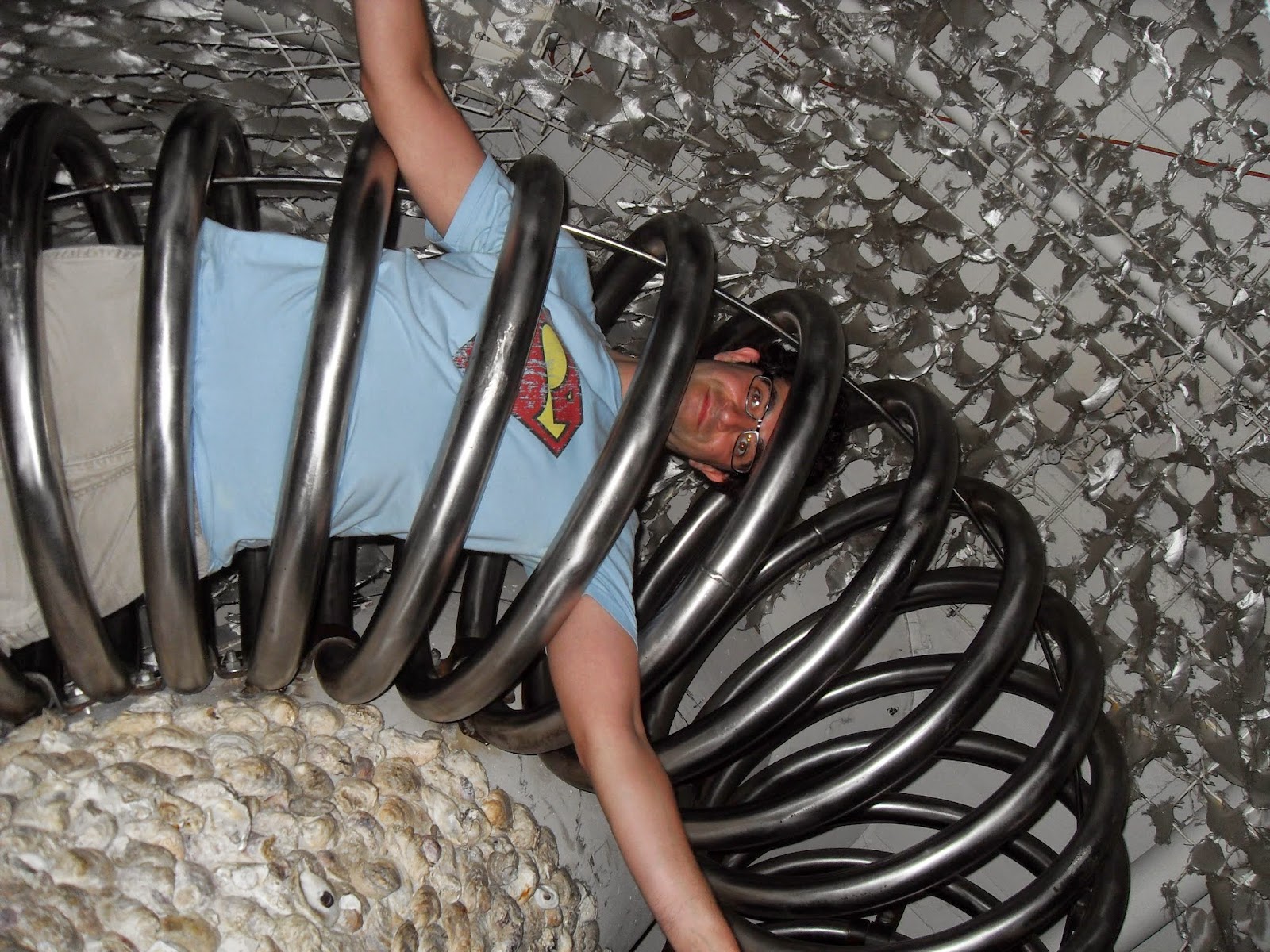 The next day we went Busch Stadium III, home of the St. Louis Cardinals. My previous trip to St. Louis included a visit to the second iteration of the stadium, and they had since moved to number three. It’s a modern yet classic baseball stadium, built with many red bricks and many nods to the team's rich history. I enjoyed posing with the statues of Cardinal greats, of which there are several. Here’s me doing my best Ozzie Smith: 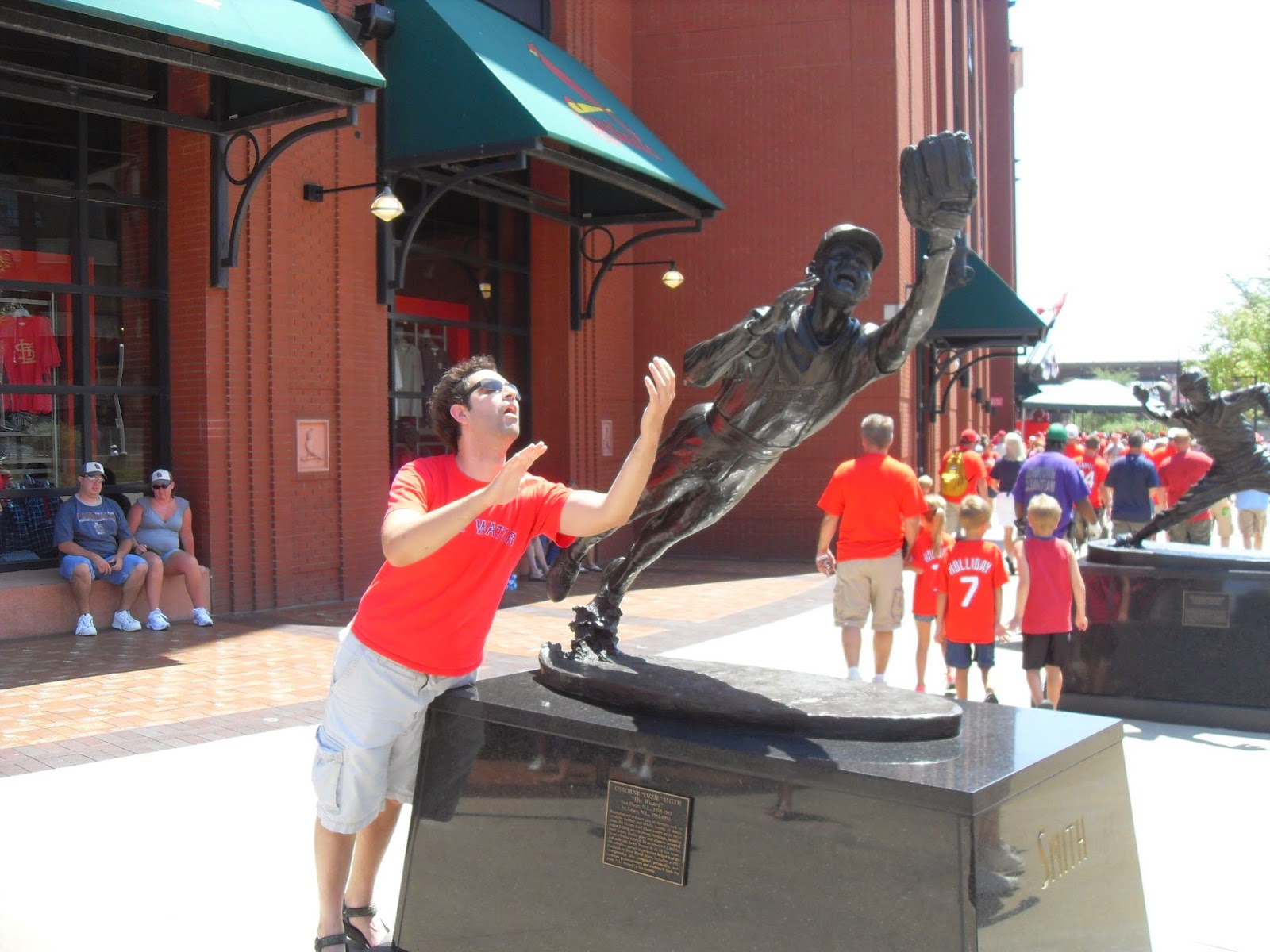 It was a scorching hot day, and our seats were in the direct sunlight. We were sweating like crazy just by sitting there. After a few innings in the sun, we cooled ourselves at a shaded margarita stand and then spent a couple innings each in the air conditioned bullpen bar and gift shop. 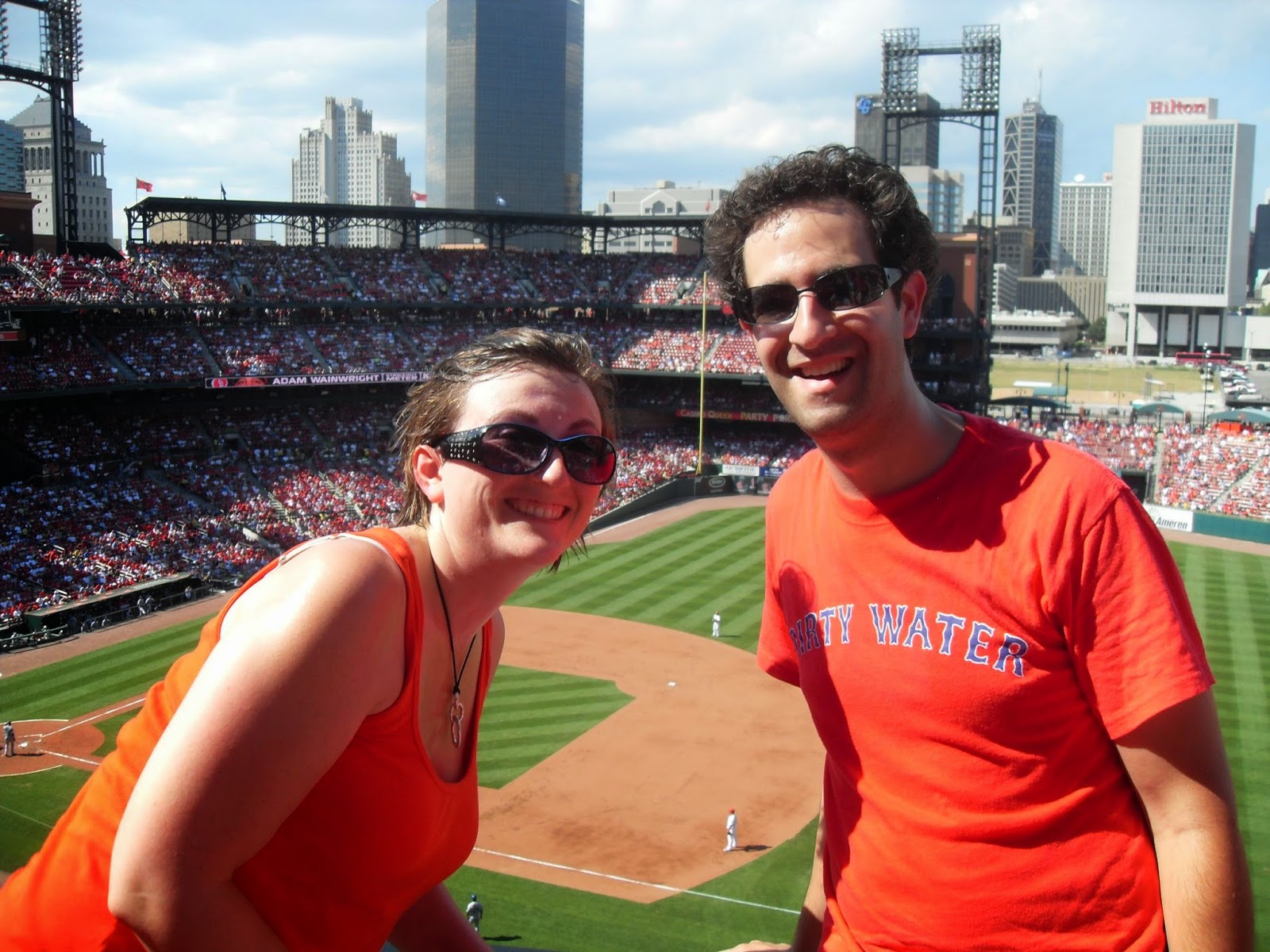 We were treated to a close game and some late-inning heroics, though the details escape me. We left before the game was over. I rarely do but man was it hot!

After returning to the hotel to cool down, we headed out to a St. Louis neighborhood called The Grove for some drinks. There was a wild array of bars there, from flamboyant to fancy to divey to just plain strange. We drank and danced and then called it an early night. 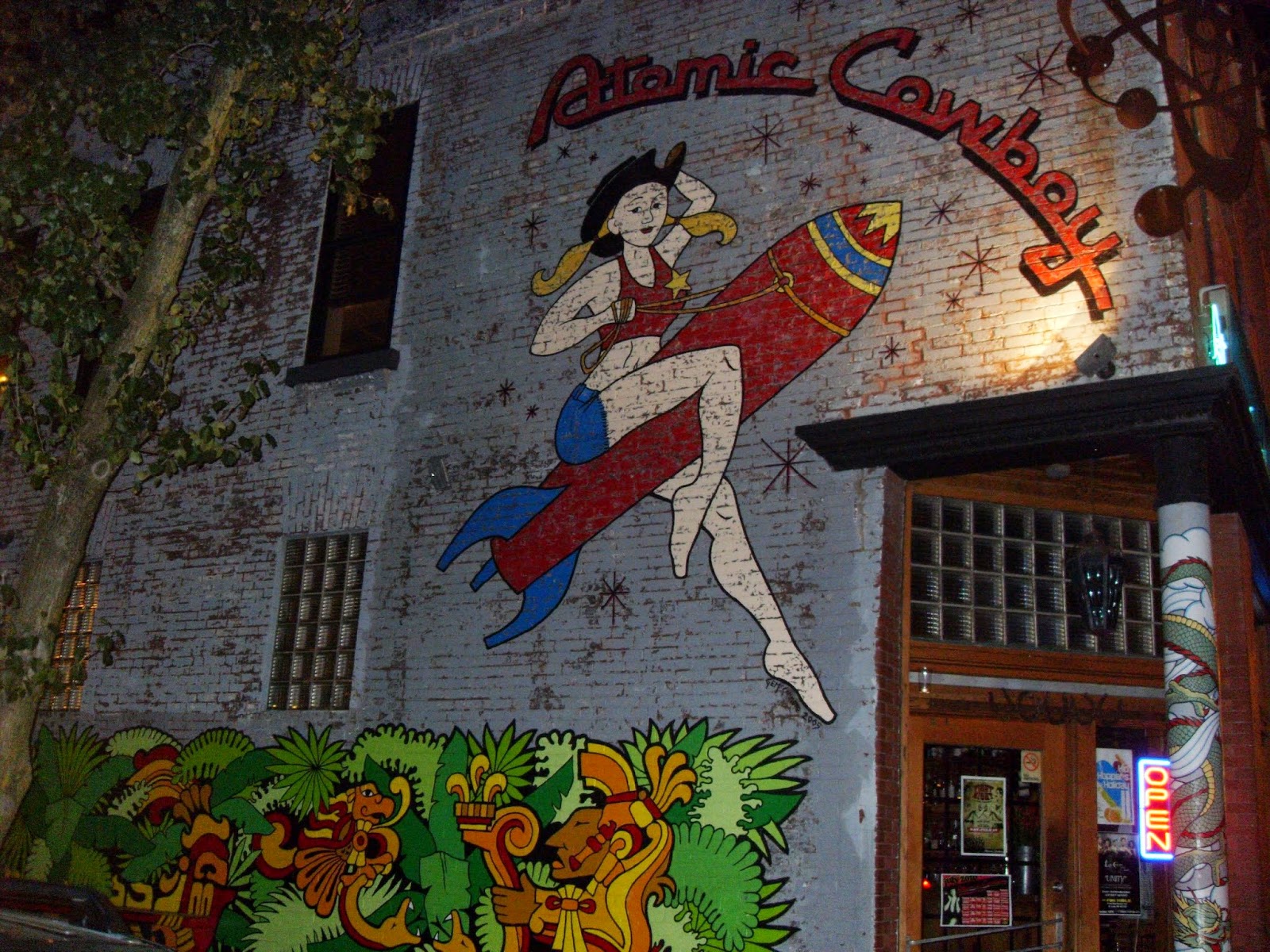 The next day we headed to St. Louis’ most famous landmark, the St. Louis Arch. We spent our morning taking some funny photos of the arch to test out our trick photography skills. Not bad! 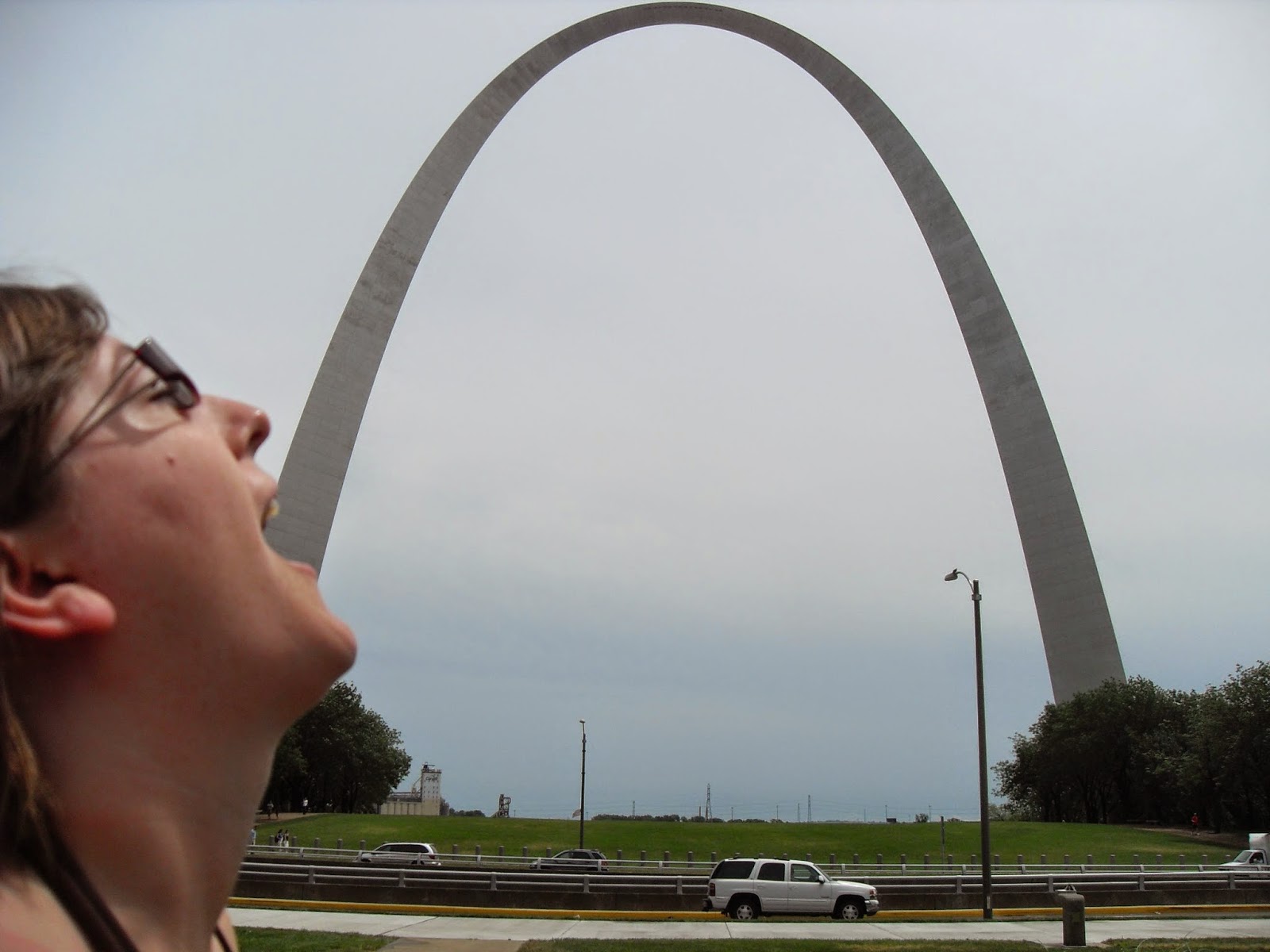 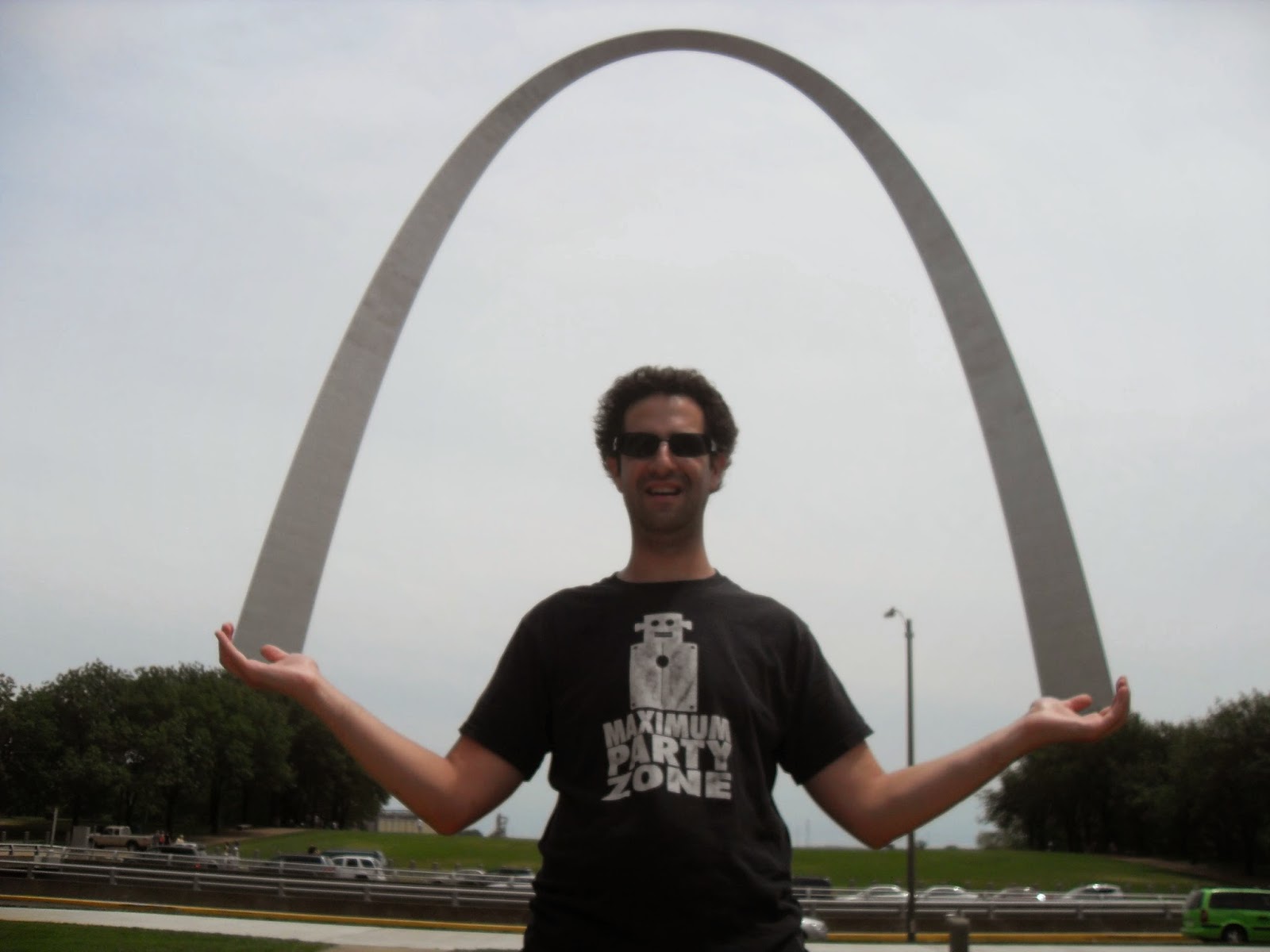 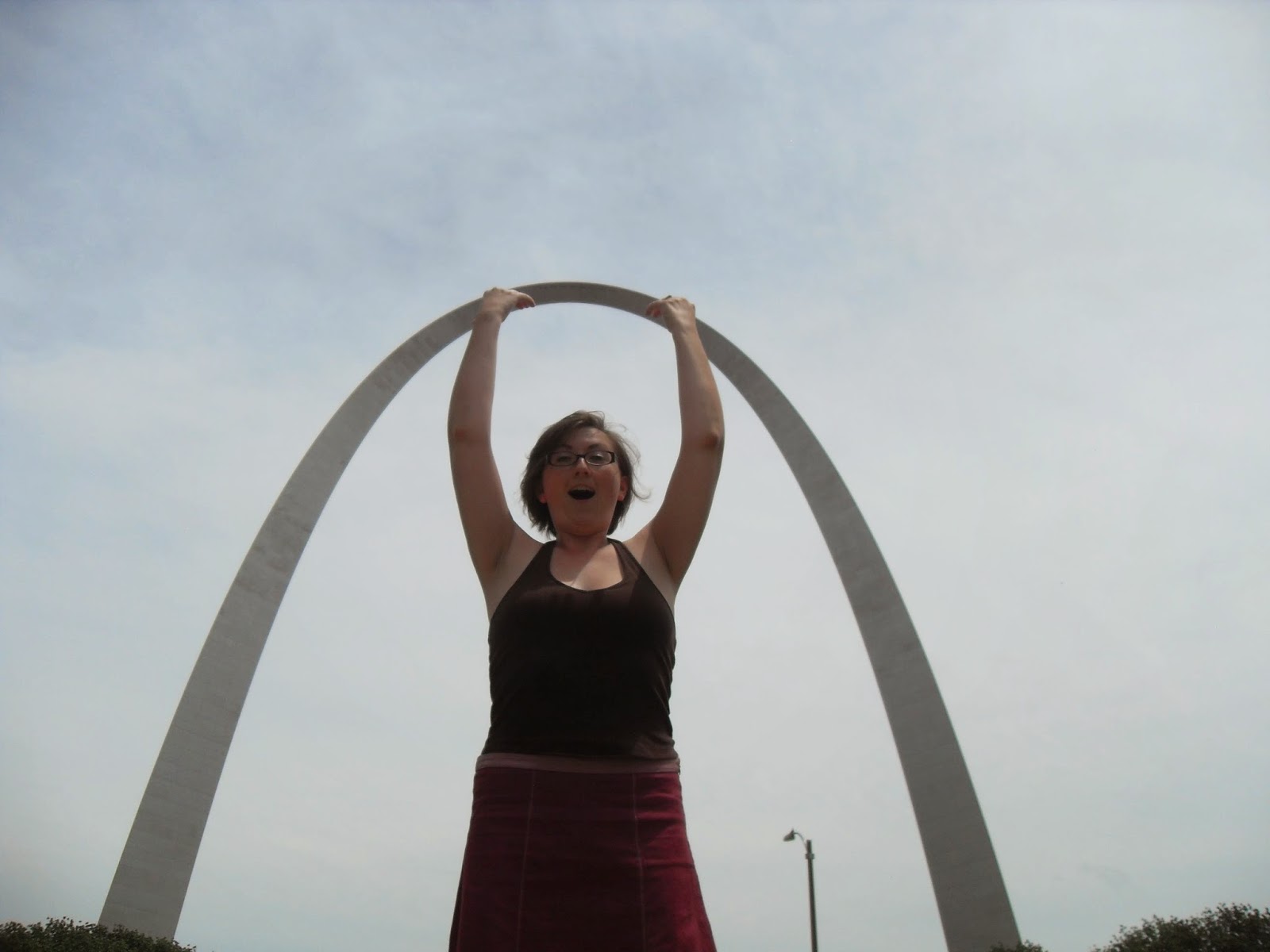 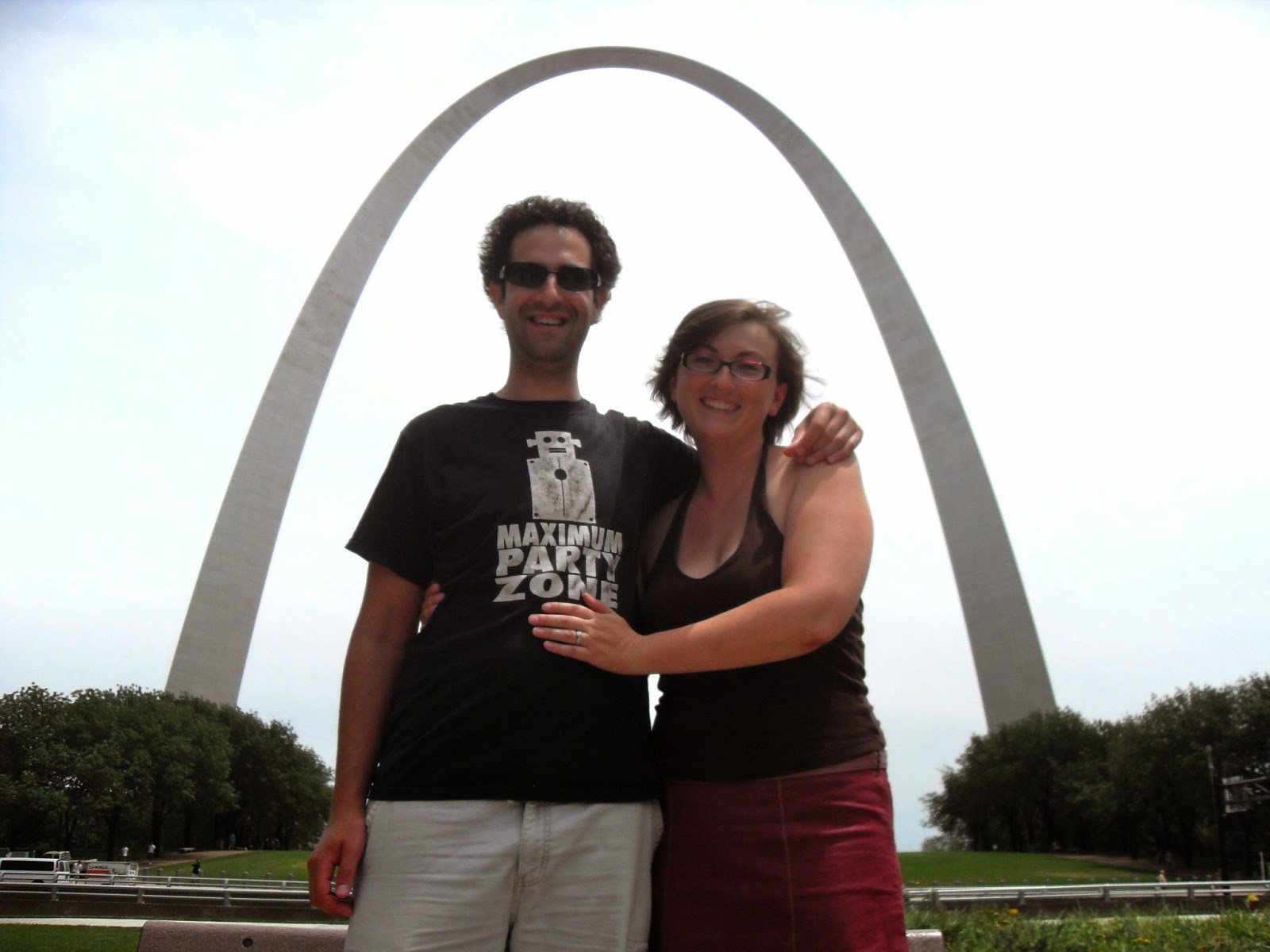 After goofing around there for a bit, we headed towards the Arch. The grounds around the arch are lush and well-kept, and it was a good thing because we had to wait out there for a while before getting in. It was another hot one, and there were a lot of people waiting to get on the same futuristic lifts we were. 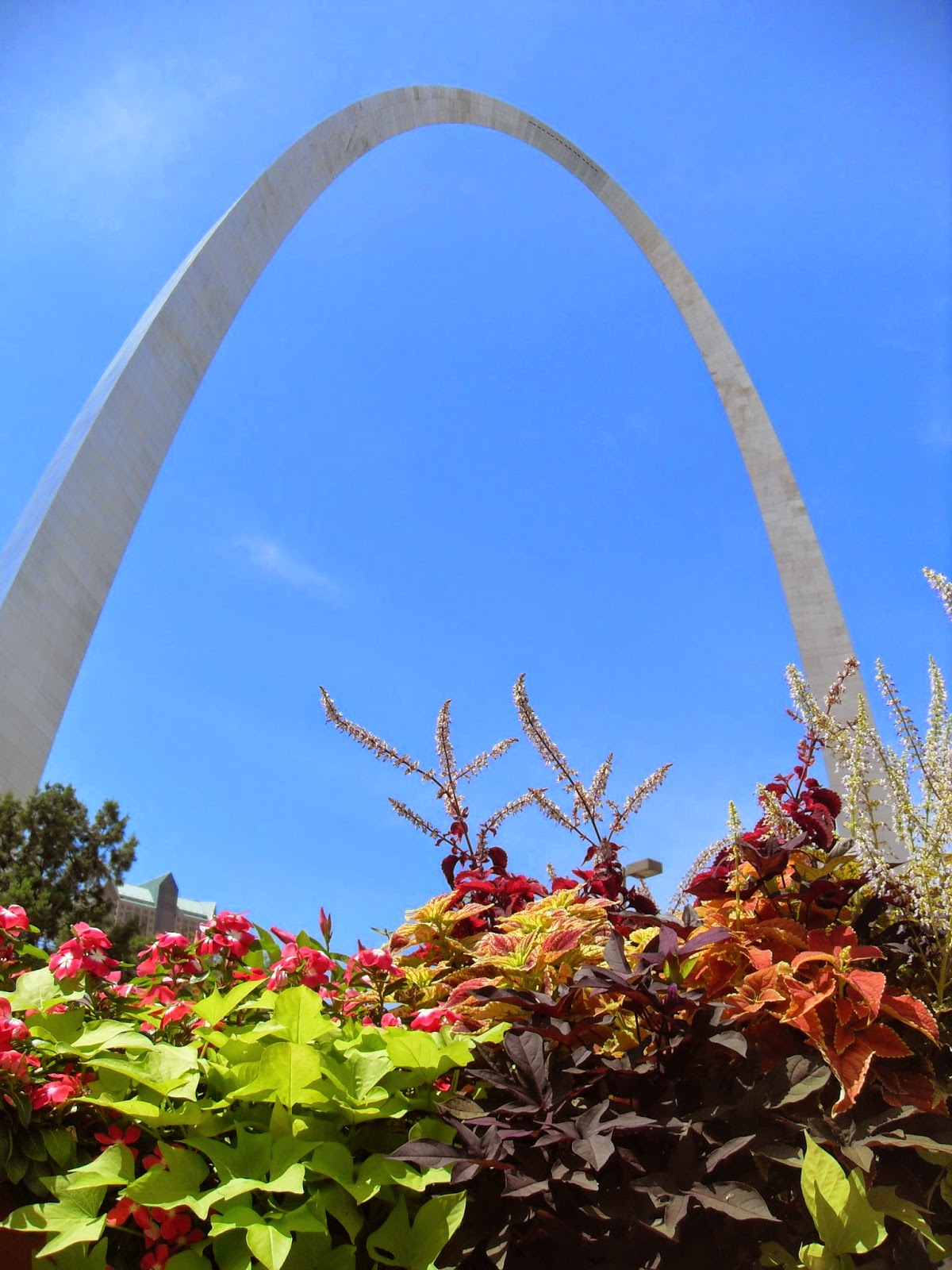 Once we got into the structure, we had to wait in line for another while and a half, and right as we got to the front of the line, they announced that the lift to the top had broken, and they couldn’t sell any more tickets until it was fixed. Just our luck! Even in the future, nothing works! We ended up getting tickets onto the nearby Gateway Arch Riverboat Cruise to amuse ourselves while they fixed the so-called futuristic elevators to the top.

The boat ride was a nice way to spend an afternoon and we definitely enjoyed ourselves. They told us about some of the history of St. Louis and the Arch while we cruised the muddy Mississippi River and sipped cold adult beverages. When is a boat ride not fun? 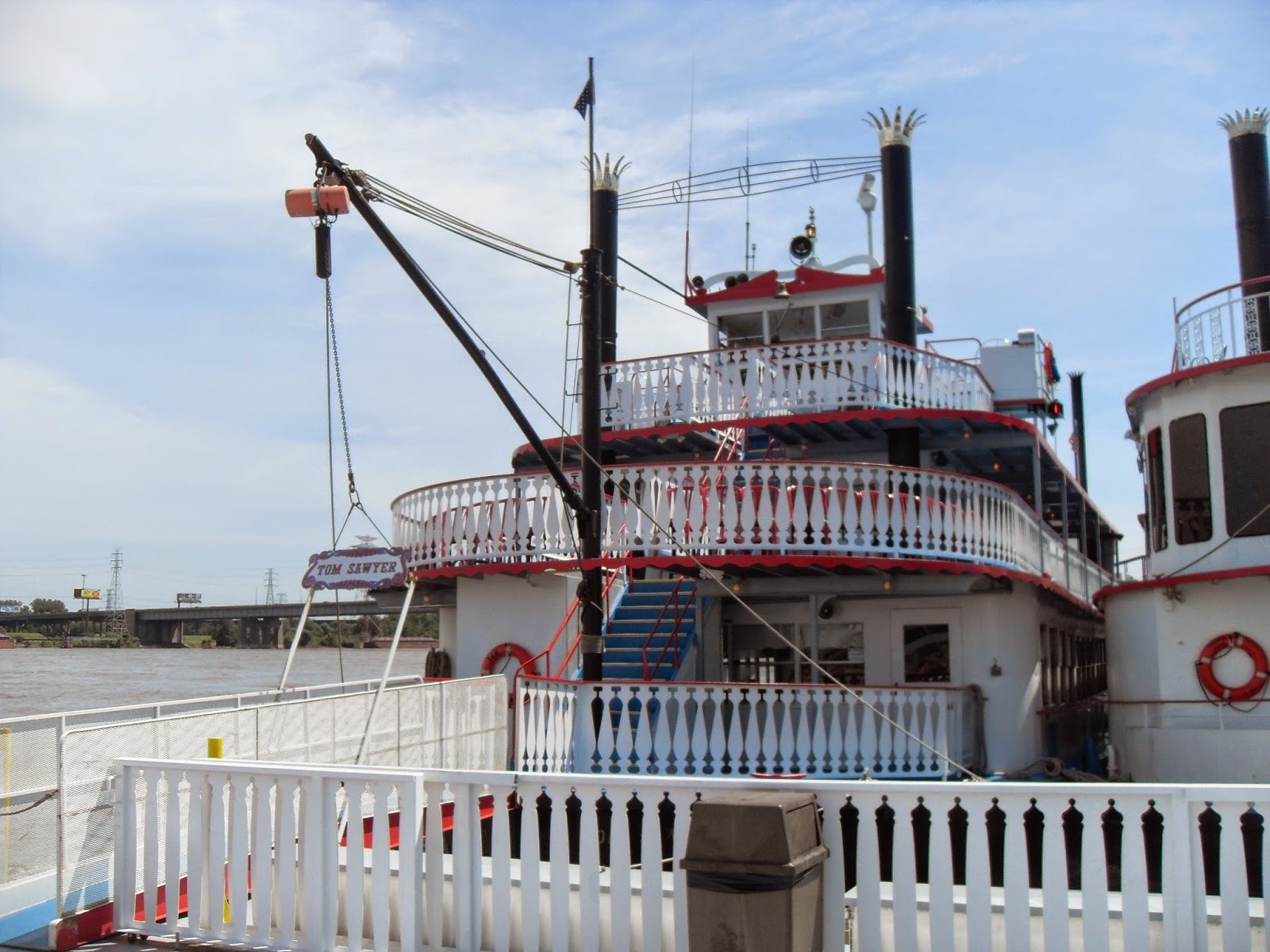 After the cruise, we checked in at the Arch, but the lifts were still broken, so we skipped on to a highly recommended sushi restaurant. On the way, we saw some people dressed as animals, most likely mascots of some kind. As we snapped their pictures, a cop on a bike came over and started harassing them. It was very odd to see a bike cop hassle two mascots! 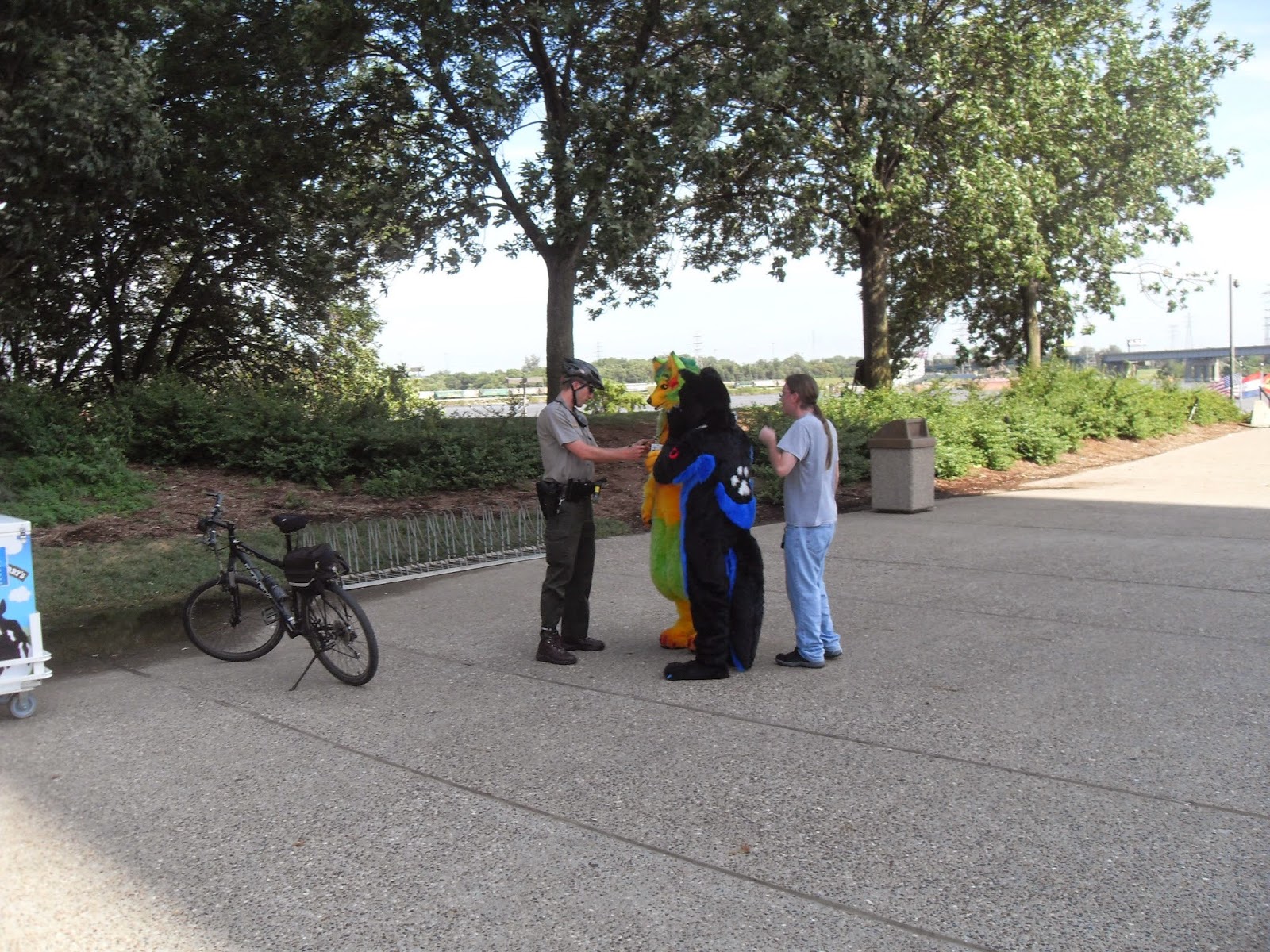 The sushi at the Drunken Fish was marvelous. I’ll let this photo do the talking: 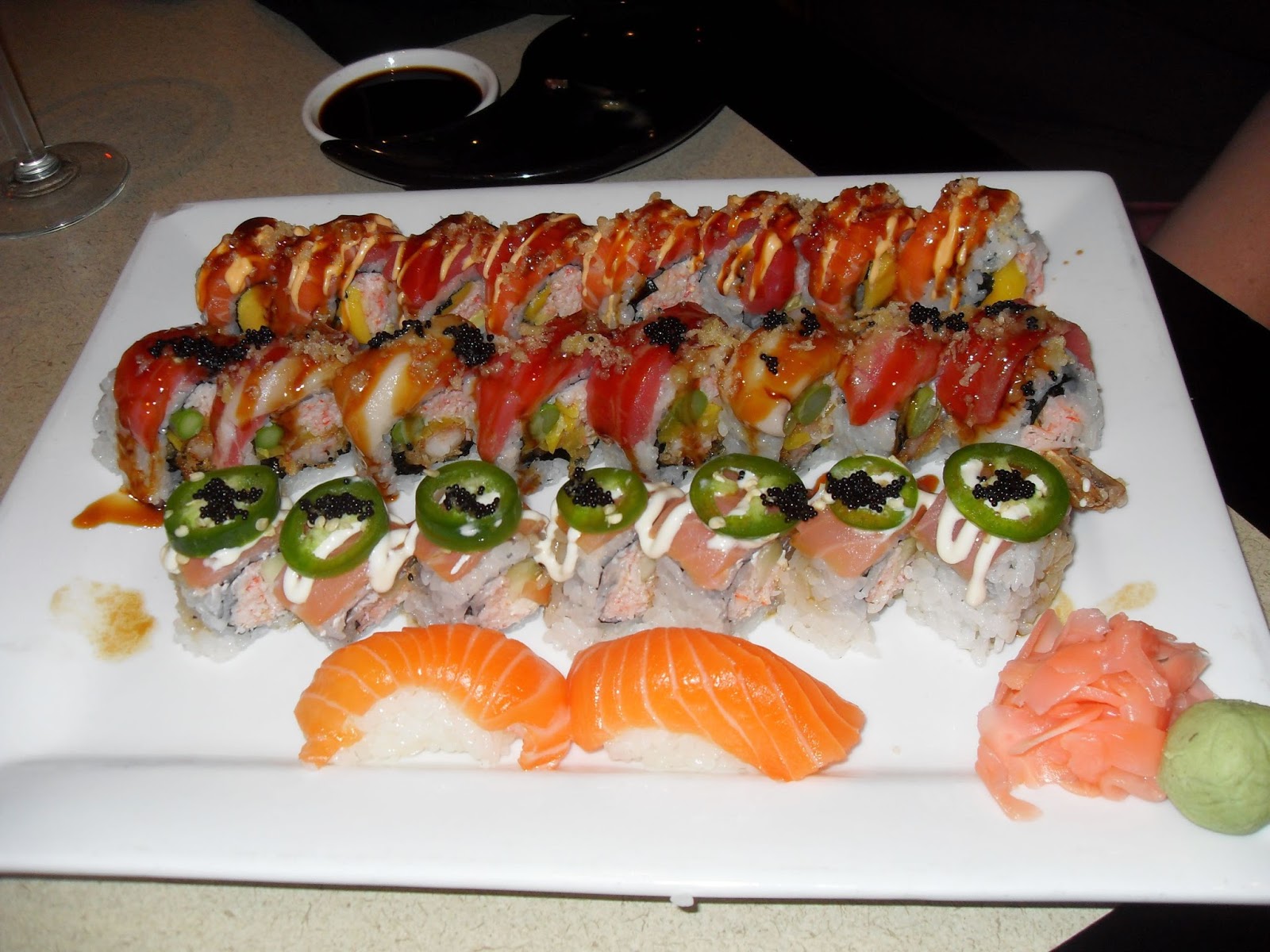 Afterwards we trudged back to the Arch, and to our delight, the futuristic pods were working again. We bought a ticket, and with an hour before we could get in line, we explored their free ground floor exhibits. Their taxidermied animals and the random baseball exhibit amused us for a while. We also learned about a possible origin of the word “OK.” It stood for Old Kinderhook, a nickname for Martin Van Buren. 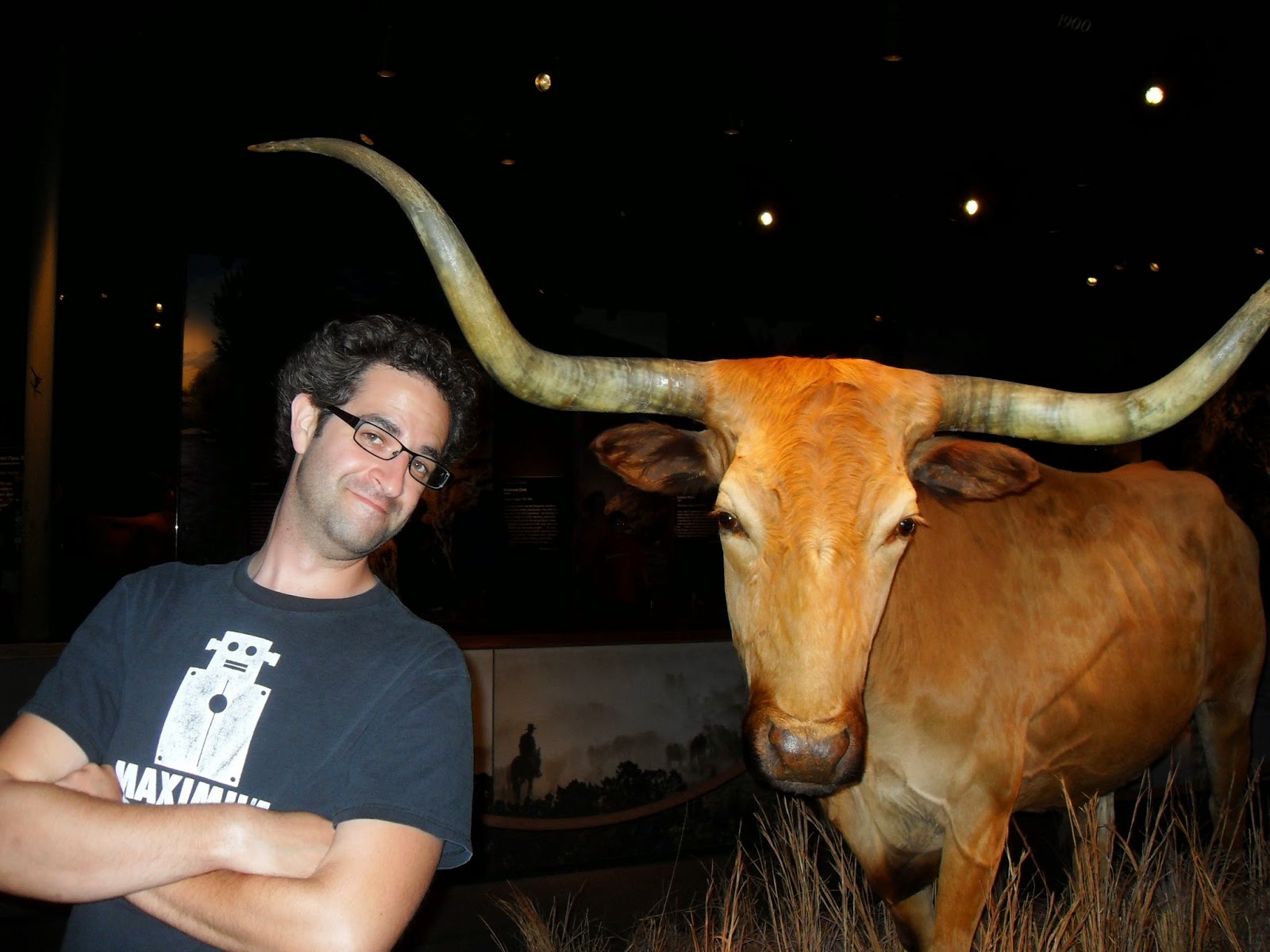 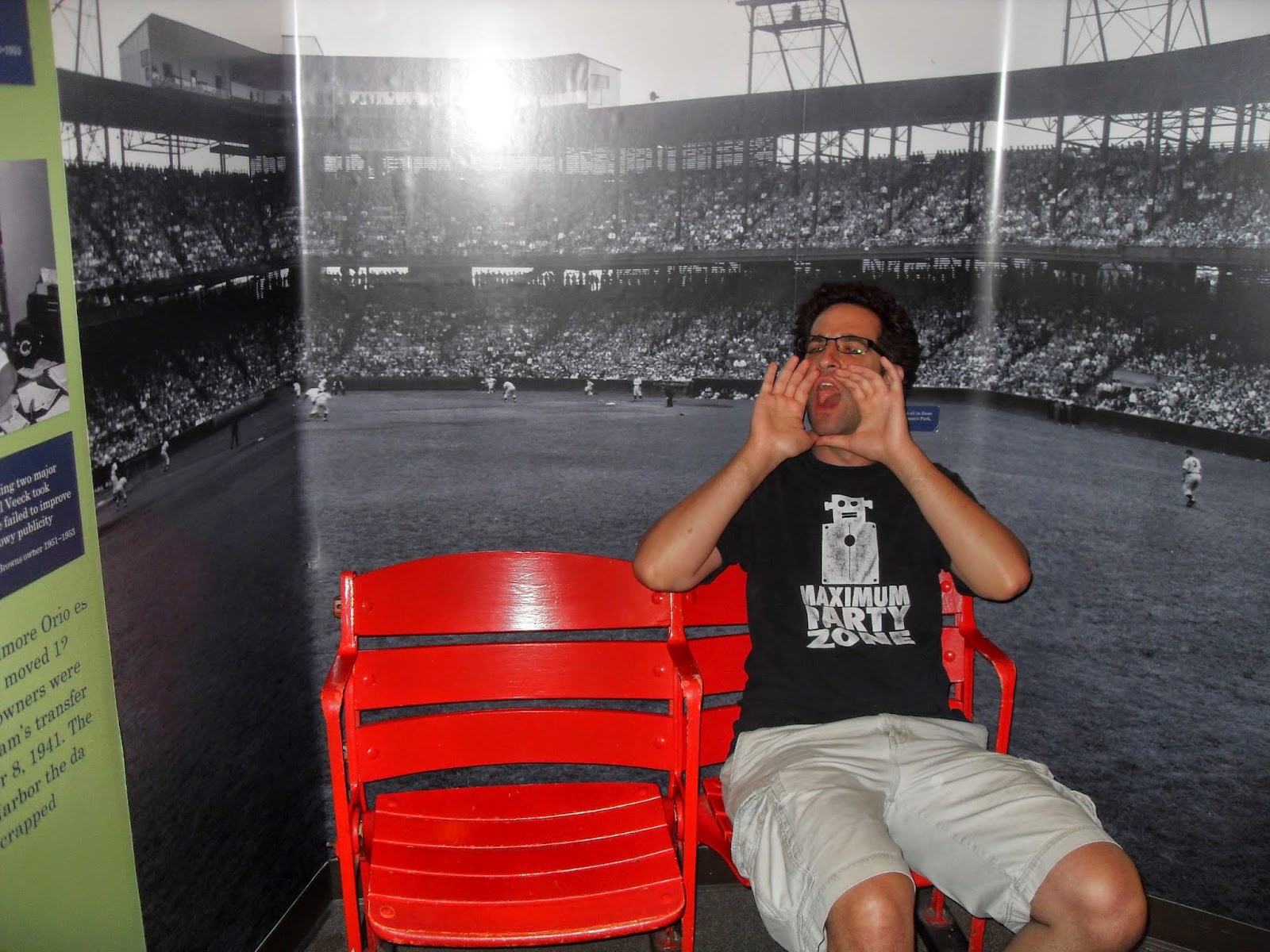 After a day full of delays, finally it was time to enter the futuristic pods: 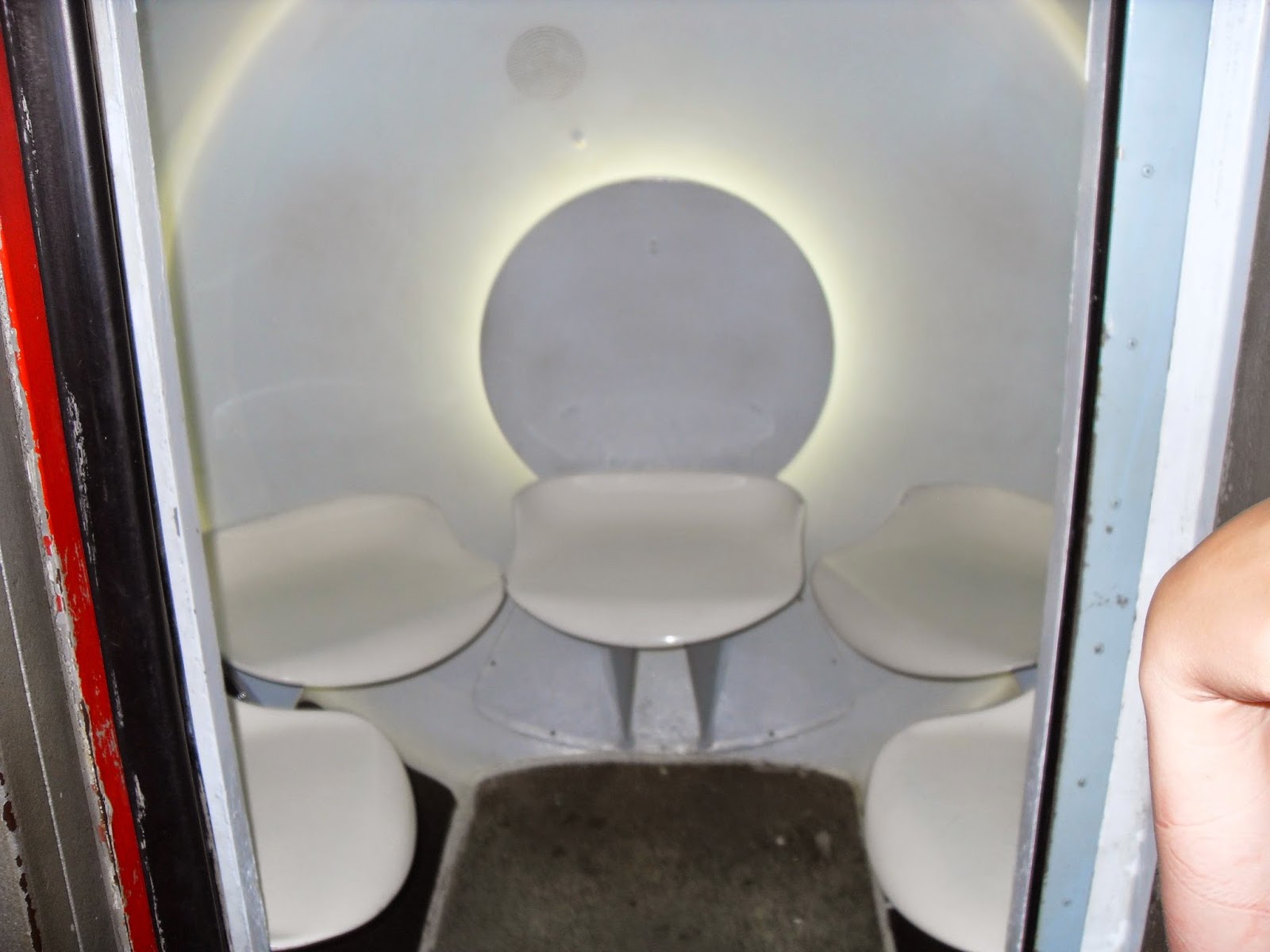 As you can see, the interior looks like a dome full of toilets. No bother. The ride was pleasant and actually got us to the top. Whattaya know?

It’s tough going at the top. The viewing windows are small and it’s hard to get a good vantage point, even when it's past peak hours.  Overall I liked the Arch, but I liked the transportation, grounds and even the exhibits below more than the experience at the top. A worthy stop, but not a must-see.

The next morning we hit a fun thrift shop for some haberdashery before heading to our final destination in the city. 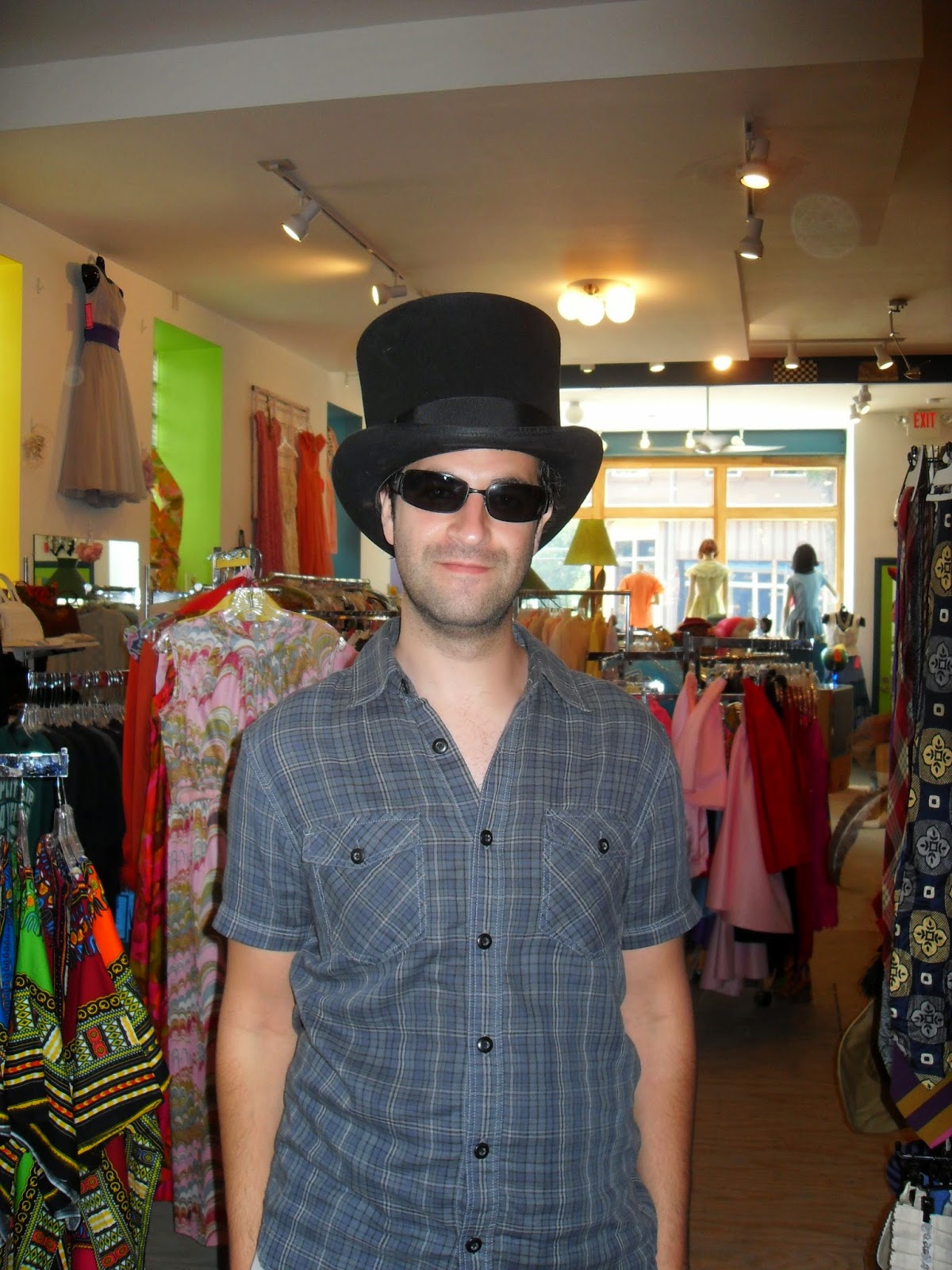 The Anheuser-Busch brewery was our last stop. This is a free tour with lots of Budweiser history built in, and two free adult beverages per person at the end. You can sample many of their products, and the pours are generous.

We left the brewery with a few glasses half sipped for the sake of our driving abilities on the way home. It’s a good thing we did. We collided with a huge midwestern thunderstorm on the drive back. These storms can be intense. This one featured high winds and lots of rain. The clouds looked menacing rolling in, and hit pretty hard as we passed through. 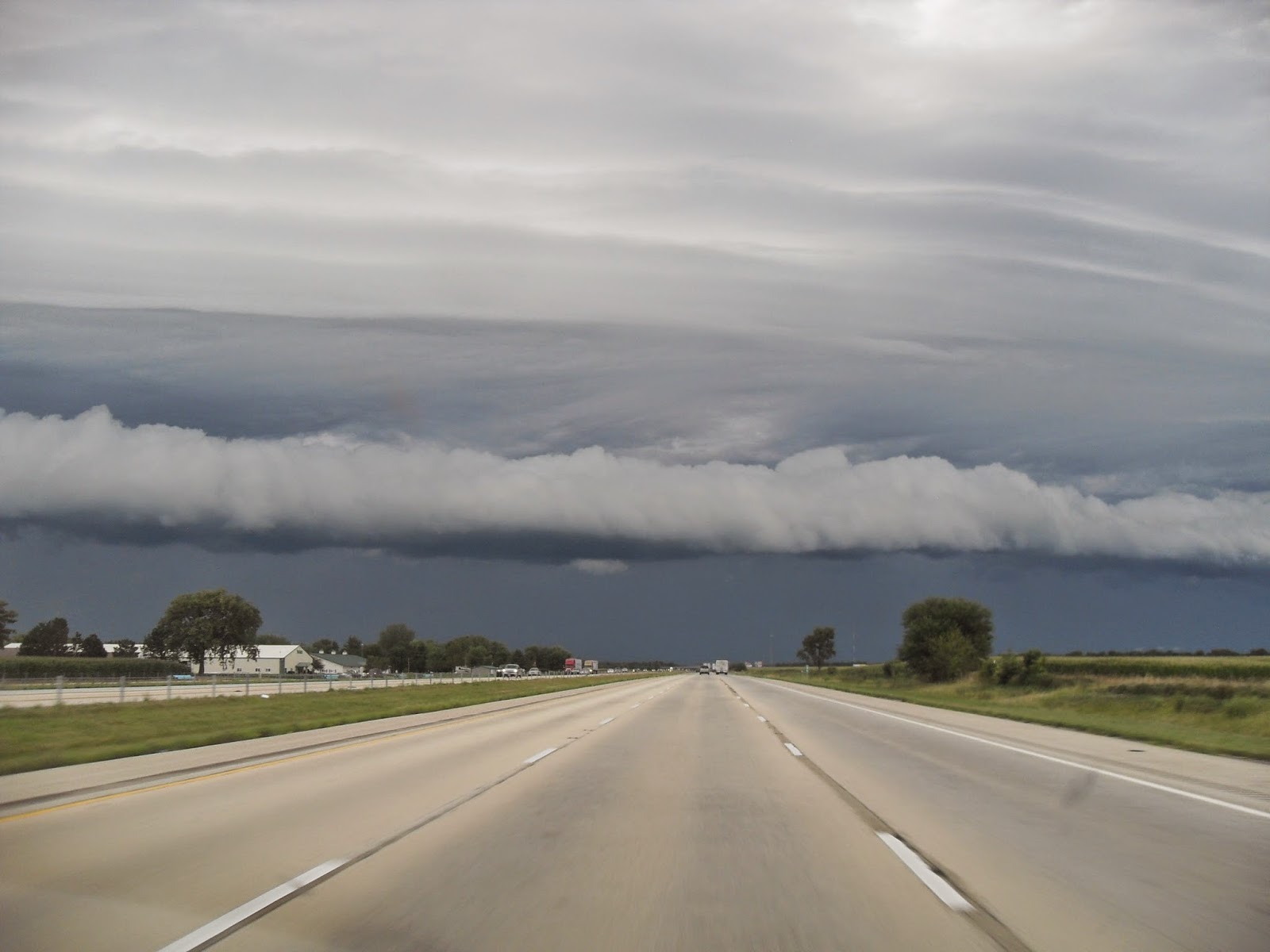