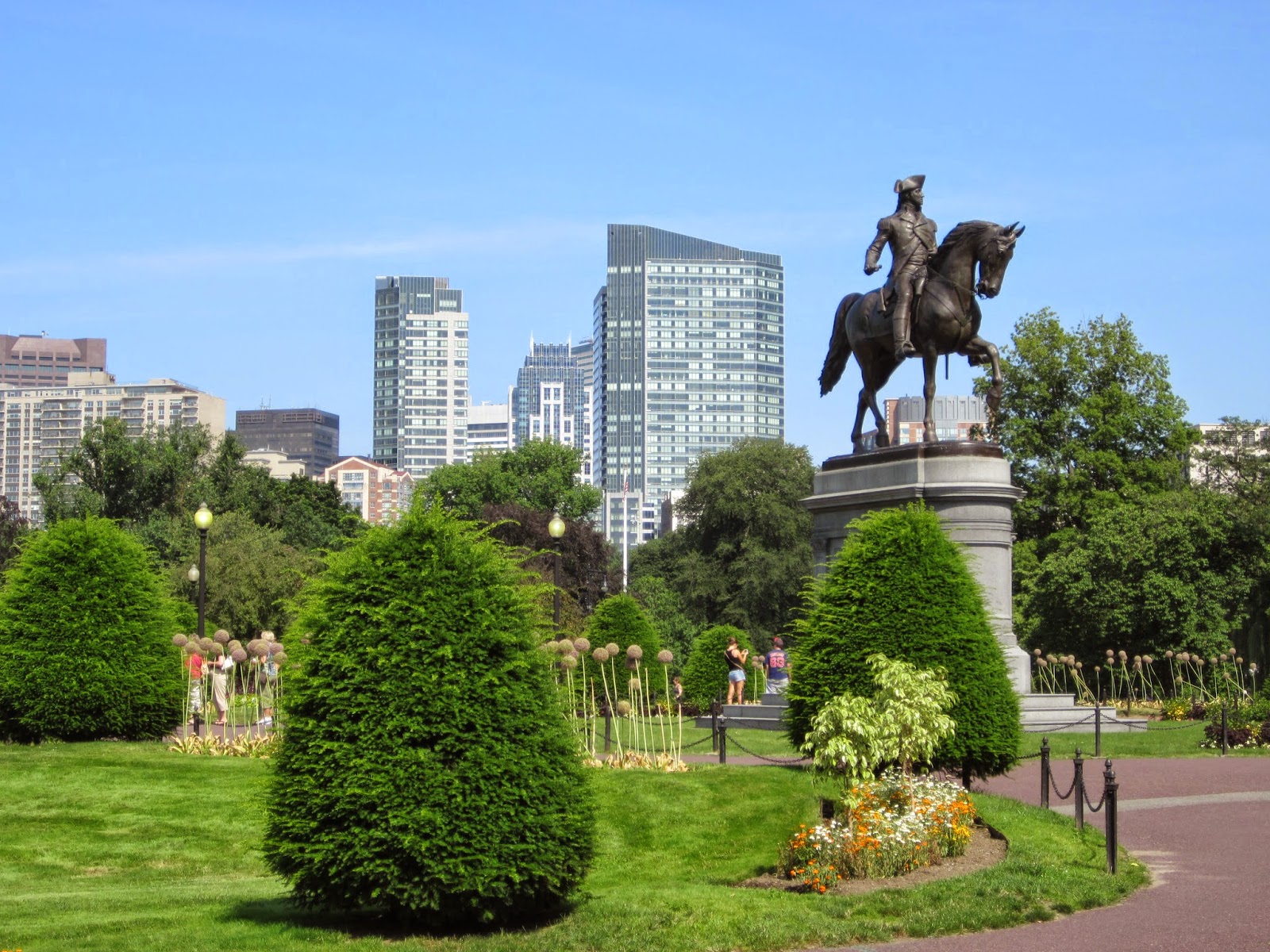 My earliest road trips were down Massachusetts highways. The ride from the hospital in Boston where I was born to our home in Randolph was my first. I grew up in Maine and New Hampshire, but I always had family in Massachusetts, meaning many family car trips to grandma's house throughout my childhood. When I got my learner's permit, I couldn't wait to hit the road. I spent many hours driving my dad around Massachusetts in the 1985 Toyota Camry he gave me. Eventually I would take up residency at the University of Massachusetts, Amherst, which meant drives across the state and up to New Hampshire between semesters.

Here are some observations and stories from my many trips across the Commonwealth of Massachusetts.


Boston is an interesting town. Truth be told, it's not my favorite. It's very difficult to navigate, as the roads are winding, narrow, crowded and so old it seems like the road signs must've been installed by the pilgrims. Boston's public transportation system (the 'T') offers filthy stations and loud, creaky, swaying rides. The weather is cold. The people are gruff. The cobblestone sidewalks are charming until you twist an ankle. Still, there are many highlights in this historic city.

Number one on my list in Boston is Fenway Park. This historic ballpark is the oldest in the country and hosts the Boston Red Sox, one of the most dynamics teams in the history of baseball. If one wants to get a taste of the local flavor, they need look no further than Fenway. I truly believe that the fans in those seats are wholly representative of the city itself - passionate and intelligent, rowdy and brash. All in all, a lot of fun! The ballpark has undergone many changes since I left New England, most notably the addition of seats on top of the left field wall (The Green Monster), similar seats in right field, and an open concourse on the sidewalk outside the park that offers vendors, street entertainers and the smell of grilled sausages.

My favorite visit to the park was in April of 2007. I was in Boston with my comedy group Dirty Water. We had a midnight show at Improv Asylum, so we had time to catch that night's game vs. the rival New York Yankees before the show, or at least most of it. We absolutely had to leave the stadium by 10:30 to get to the theater in time, regardless of the situation on the field.

A performance of the national anthem on Japanese drums by Japanese people in full garb kicked things off. This was to commemorate the partnership between America and Japan, which had apparently been strengthened by the Red Sox' recent additions of pitchers Diasuke Matsuzaka and the lesser-known Hideki Okajima, both of Japanese descent. The game got off to a rough start, with A-Rod and the Yankees taking a 6-2 lead into the eighth inning. The Red Sox came back in the bottom of the eighth inning, with a Coco Crisp triple being the catalyst. We were watching the clock almost as intently as the game as the Yankees came up in the ninth inning trailing 7-6. Time was running out for us, but the Red Sox were three outs away from a come-from-behind victory. All we needed was for aforementioned newcomer Hideki Okajima to shut down the Yankees' best hitters, including A-Rod. With chants of his name behind him, Okajima got the job done, striking out the last batter of the game at 10:28. We talked about the game in our show later that night, which made it into this piece on our group that aired on TV 38.

Outside the walls of Fenway, Boston is filled with many historical sites tied to the Revolutionary War. The Freedom Trail is a brick walkway that brings you by many of these sites, including Paul Revere's House, the Bunker Hill Monument, the USS Constitution and more. We walked parts of this during school field trips. I recommend the journey, as the sites create a connection to the early days of our country. Take the trail on a warmer day. On a colder day, there are bus and trolley tours that take you to many of these sites without freezing your toes. The trail and the tours also bring you to the classic touristy areas, such as Boston Common and Faneuil Hall.

Boston Common is a nice park that is surrounded by public gardens, statues, and the Massachusetts State House (which is very shiny). It's a nice stroll on a warm day. 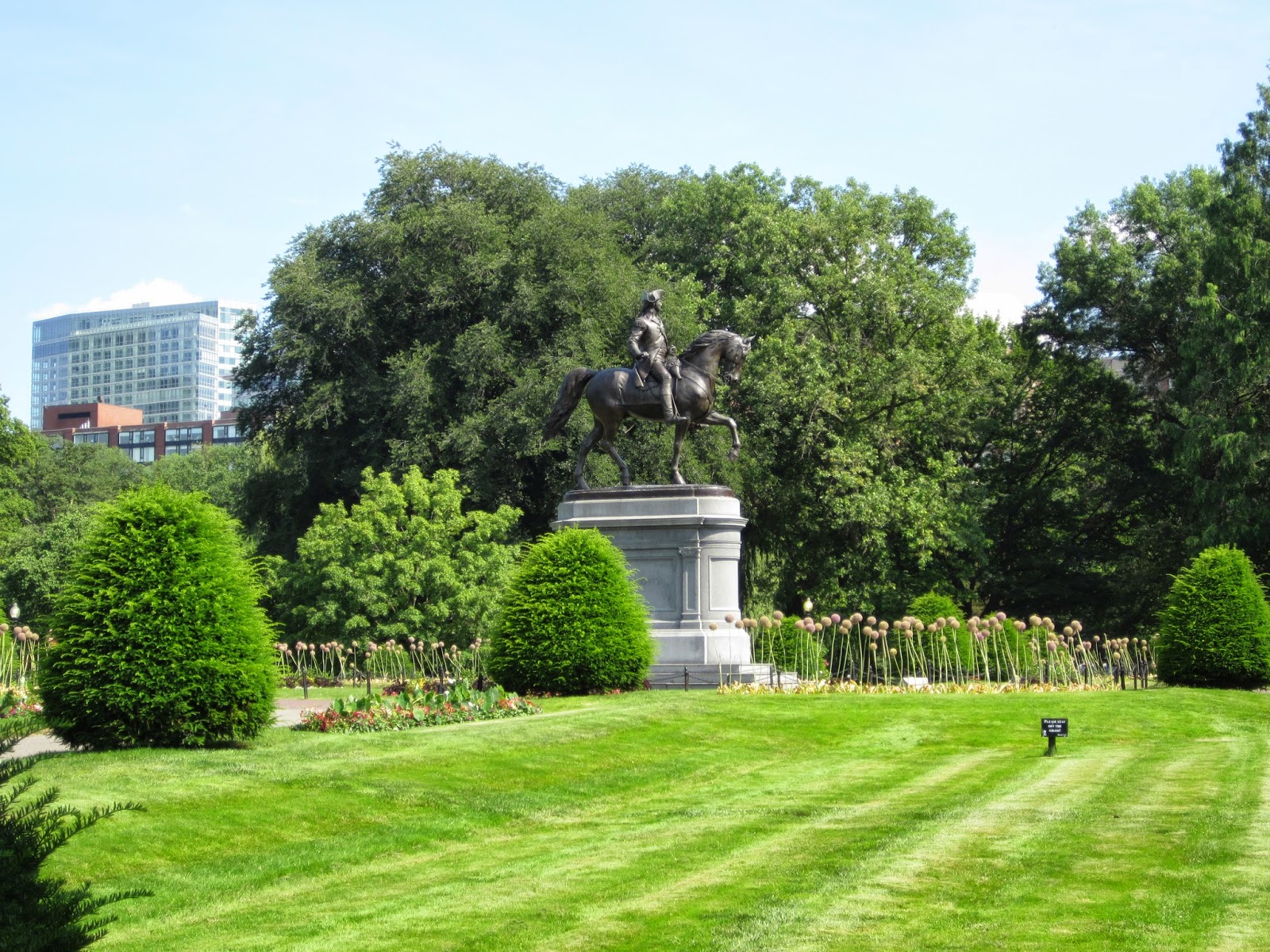 Faneuil Hall is the worst. A narrow, crowded strip of vendors make up the "hall." The merchants sell locally made goods, only the goods are not very good. Most of the merch is just stuff that says Boston on it or displays allegiance to the Boston sports teams. The food is touristy and inauthentic. Skip it.

Cambridge is another recommended destination. Harvard Square is a well maintained area of brick sidewalks and old buildings. There are many good restaurants and bars around there, thanks to the upscale clientele that come with the smarties of nearby Harvard University. The main Harvard campus is in Cambridge, and it features a statue of John Harvard. You can rub his shoes for good luck as many tourists do, but know that Harvard undergrads pee on his shoes as part of an initiation ritual of some kind.

Harvard yard is an enchanting jaunt. Spoiler alert - there is no parking there!


Western Mass also offers some great stops. Amherst is a college town that is flanked by UMass Amherst and Amherst College. The main drag of the town offers all the charm one would expect of a New England college town. Amherst's strongest features involve food. A specialty pizza shop called Antonio's offers by-the-slice creations that often involve unexpected and delicious topping combinations. We used to eat a slice before every improv show in college. Nearby Bueno y Sano is a tasty and healthy burrito joint. On the other side of Amherst lies The Hanger, the home of Wings over Amherst, which offers several flavors of boneless chicken wings, each of which is tender and tasty.

This restaurant has since been franchised, so Wings Over "Name of Town Here" are now spreading Amherst's reach to the rest of the country. My college friends and I flocked to the Chicago suburbs when they opened Wings Over Evanston. We can verify that the franchises deliver wings of the same flavor and quality as the original location.

The Berkshire Mountains lay just west of Amherst. They're a popular leaf-peeping destination and their hills make for wonderful driving. This trek will bring you by Stockbridge, which is memorialized in songs by James Taylor and Arlo Guthry.

Cape Cod is another popular destination in Massachusetts. I first visited during a family trip when I was about fourteen, but the details of this trip escape me. A subsequent road trip with my friend Dan in the summer of 2001 reacquainted me with the area. We drove down to visit our friend Chris, who spent his summer driving an ice cream truck. The beaches at the cape are as nice as they come in the upper-northeast region. The sand is finer and there is less seaweed than other New England beaches, though the water is wicked cold, even in summer. There is also an independent baseball league that plays on the Cape during the summer, though I've never been to a game.

One more point of interest for road trippers in Massachusetts: Walden Pond. This pond is the one made famous by Henry David Thoreau, and it makes for a nice visit if you like woods and calm shores. Warning: the locals pee all over this historic site, too.

Must See in Massachusetts: